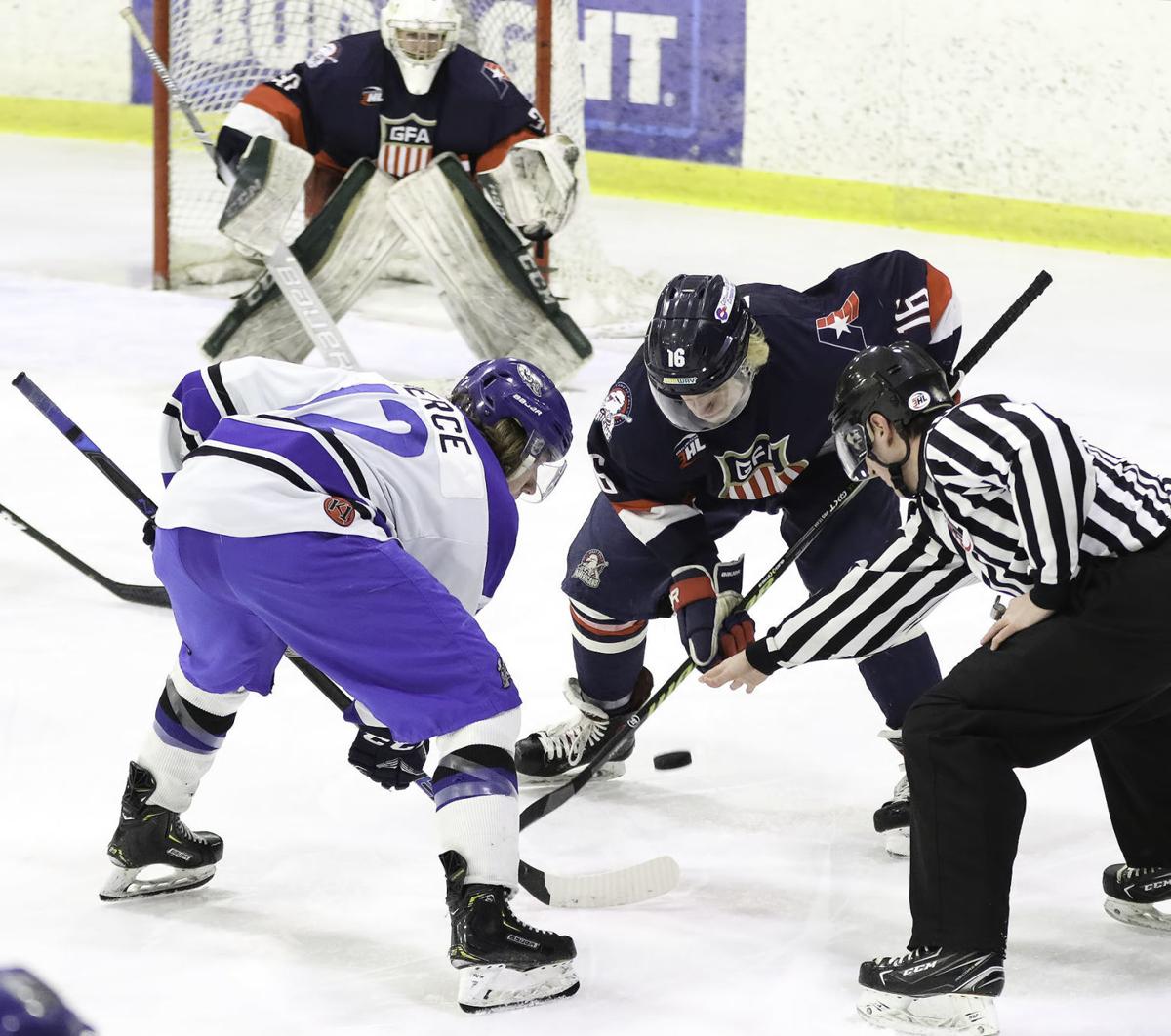 Helena Bighorns defeated the Great Falls Americans 5-3 on Thursday in the first game of the best-of-3 series. 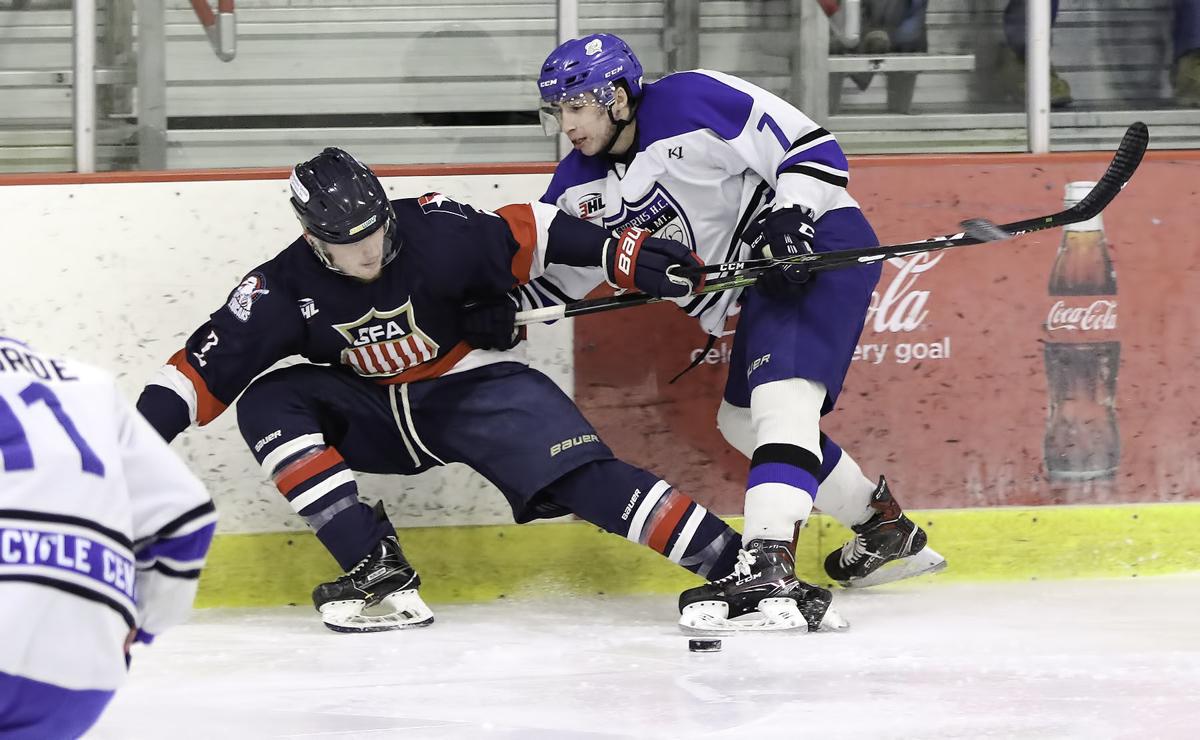 Helena Bighorns' Ian Zaleski breaks up a play by Greats Falls player Brandon Peterson along the boards during Thursday’s playoff game in Helena. 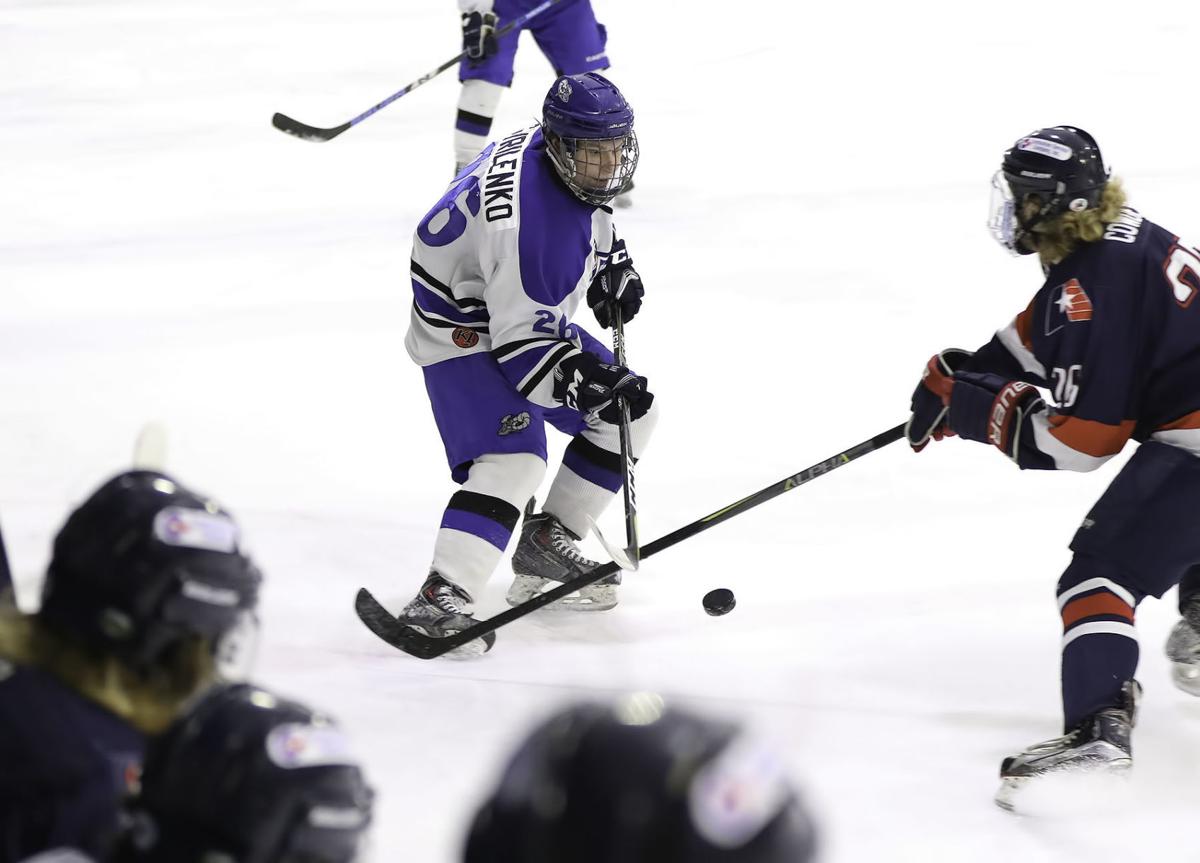 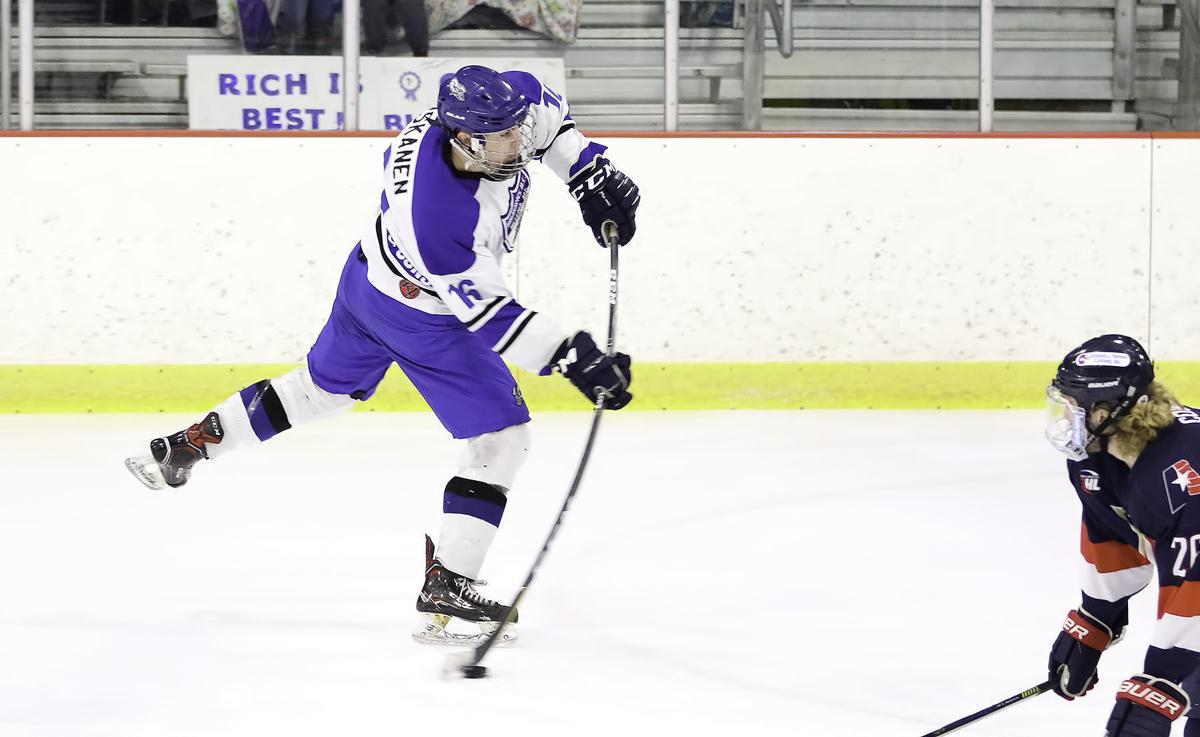 Helena Bighorns defeated the Great Falls Americans 5-3 on Thursday in the first game of the best-of-3 series.

Helena Bighorns' Ian Zaleski breaks up a play by Greats Falls player Brandon Peterson along the boards during Thursday’s playoff game in Helena.

HELENA — Nicholas Noel's goal with 18:51 gone in the third period gave the Helena Bighorns the necessary separation they needed to overcome the Great Falls Americans 5-3 Thursday night at the Helena Ice Arena.

The Bighorns are now one game away from qualifying for the Fraser Cup as they prepare to play Great Falls at 7:30 p.m. Friday at Great Falls in the second game of the best-of-3 series.

A victory would send Helena to the Fraser Cup and end the season for the Americans. A Great Falls victory could force a Game 3 at 7:05 p.m. Saturday back at the Helena Ice Arena.

Noel and the Bighorns are showing a sense of urgency headed into a critical Friday night game with the Americans.

"We are going to go, and put it away," Noel said. "We want to go to Chicago (to the Fraser Cup tournament)."

The third goal by Darren Donovan early in the second period gave the Bighorns a commanding 3-0 lead, but the American's wouldn't go away easily.

Great Falls scored three of the next four goals to make the third-period a one-goal deficit for the Americans.

George Nuutinen scored a goal in the second period with 13:00 minutes gone away before Donovan answered with 14:55 left in the third period.

Luke Richesin and Payton McSharry both scored goals in the third period to cut the Bighorns lead to one goal, but it wasn't enough.

Bighorns goalie Carver Thompson saved 43 of 46 shots on goal. The American went through three goalies with Drew Scites saving 28 of 32 goals in the game, and Viktor Wennberg saved 10 of 10 goals.

Bighorns coach Bob Richards was pleased with how his team responded in the third period after a five-minute penalty kill put them at a disadvantage.

Americans coach Greg Sears hopes to see his team significantly improve from the first night in the series.

"We will be OK, and we just stress to our guys that this is a series, and there will be a lot of highs and a lot of lots of lows," Sears said. "We just hope to find a way to win tomorrow in our building, and if not our season is over."