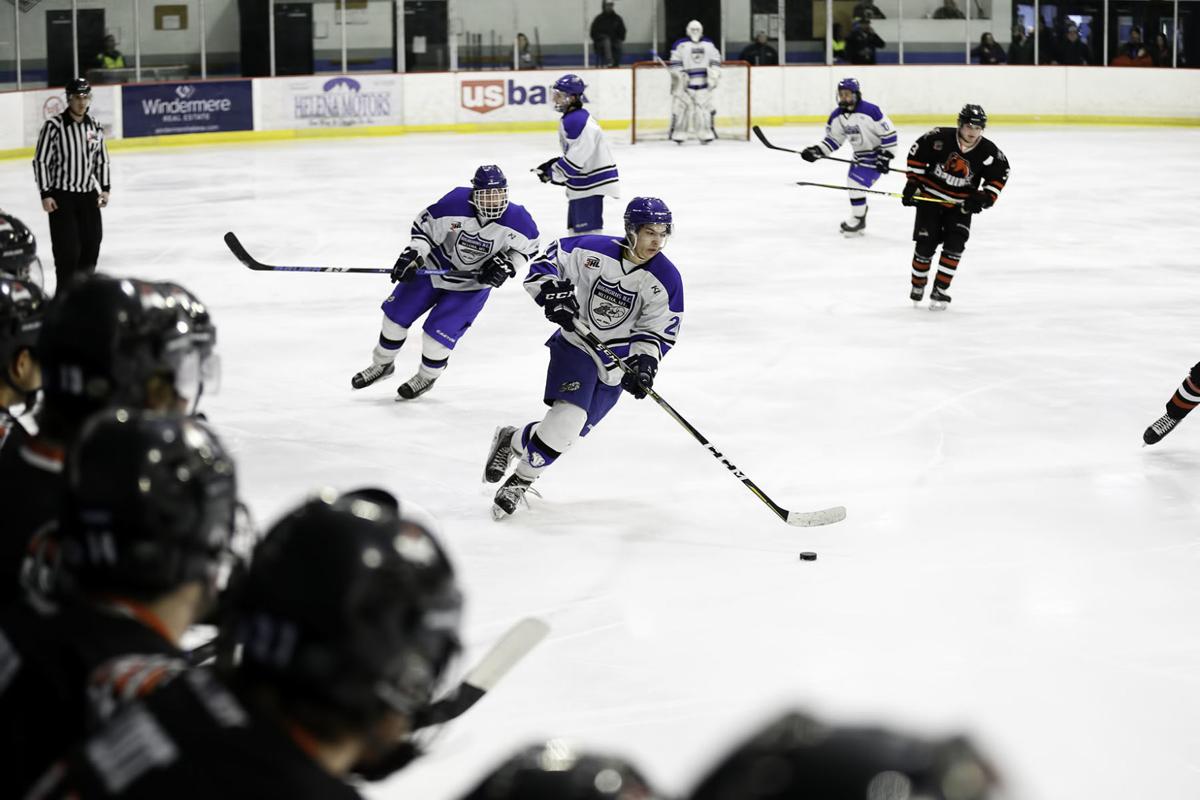 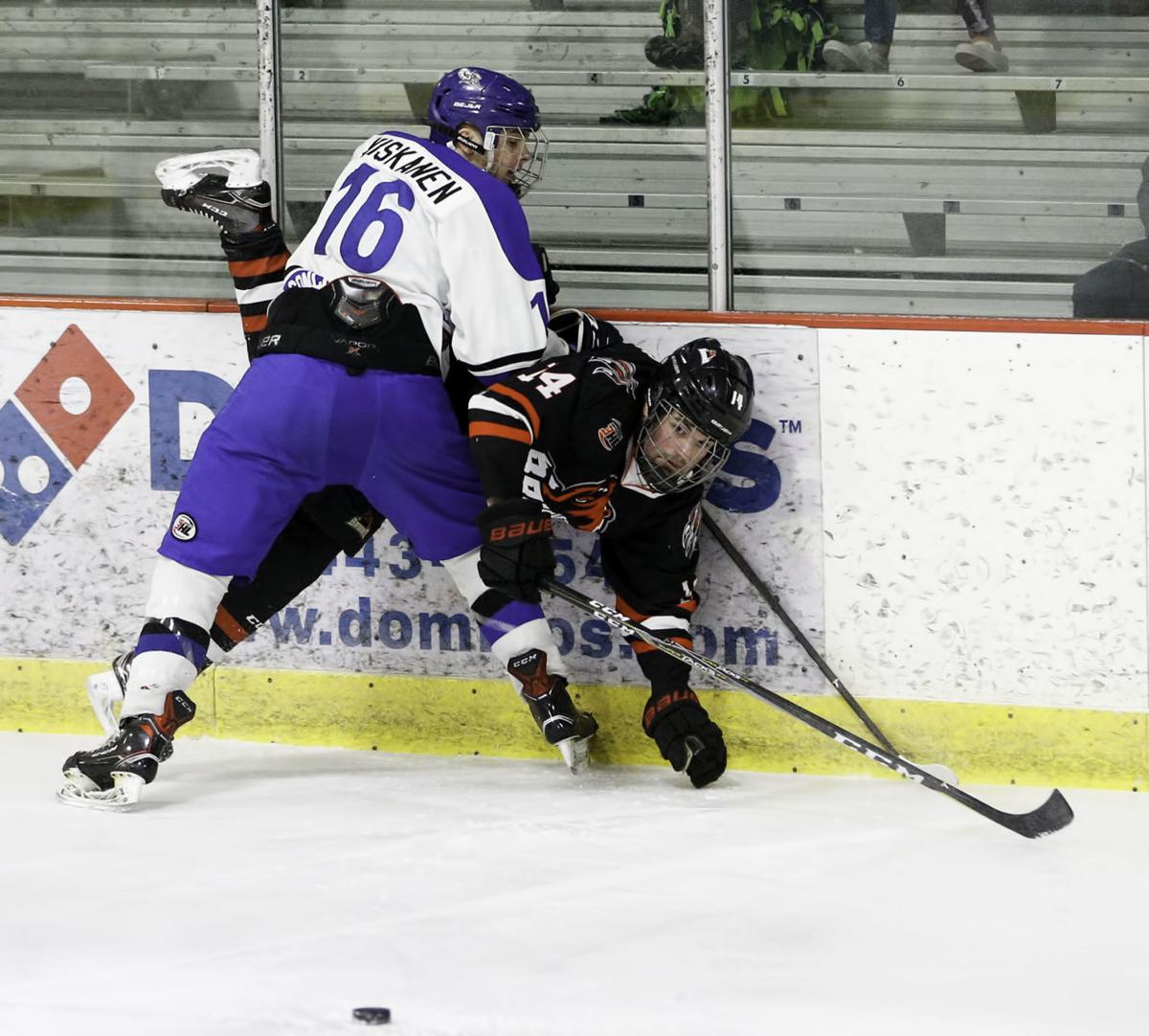 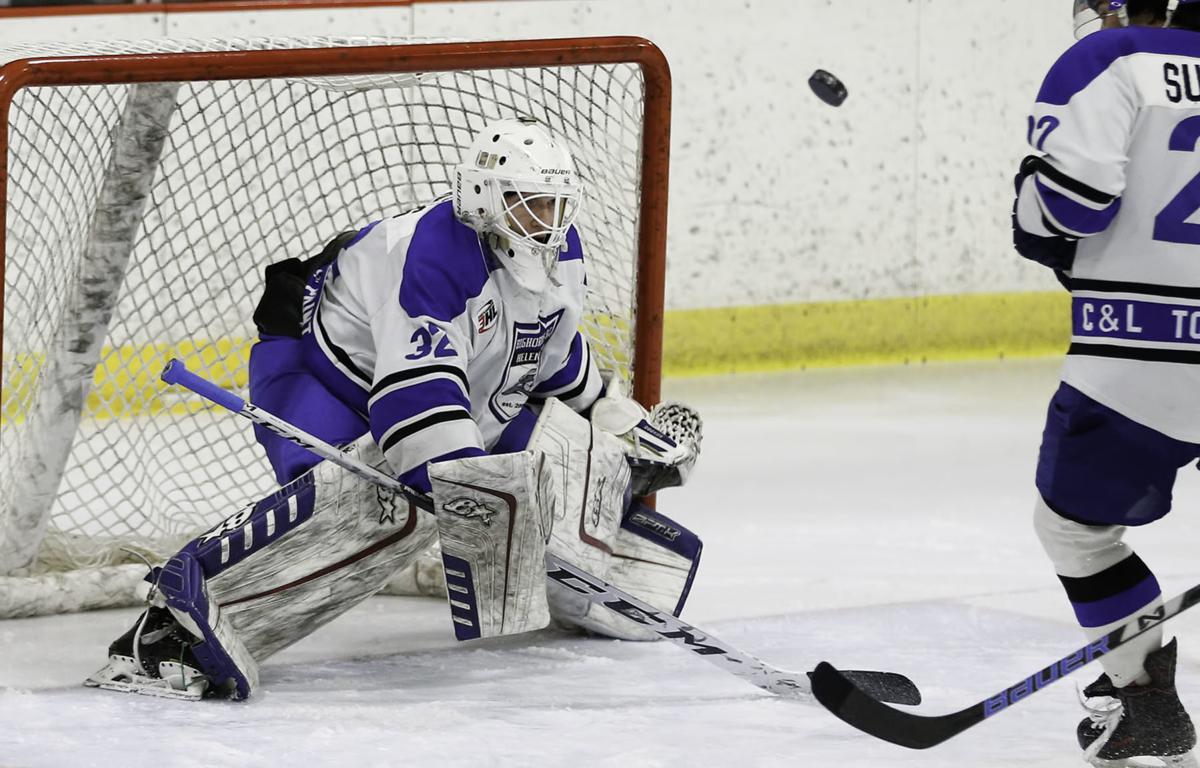 Bighorns goaltender Alexander Rogers deflects a shot by the Missoula Bruins during Thursday’s playoff game at the Helena Ice Arena. 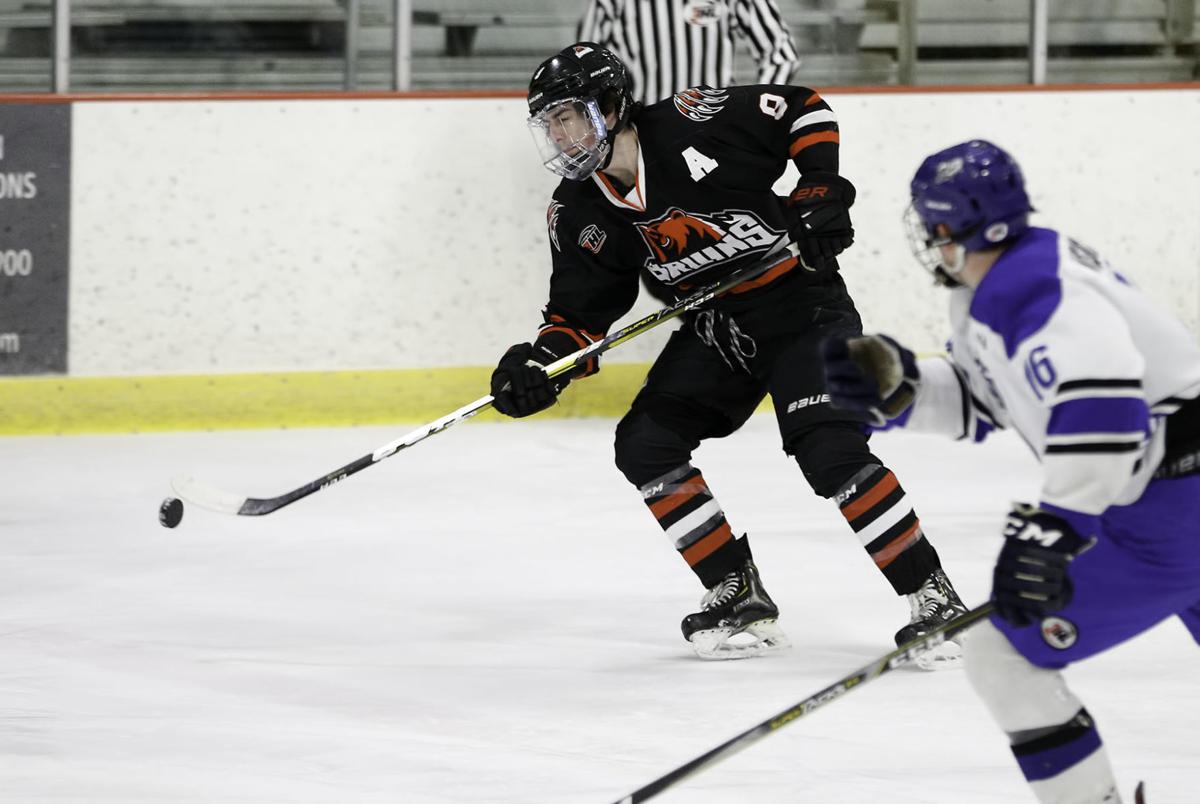 Missoula’s Brett Meister dumps the puck into the Bighorns' zone during Thursday’s playoff game in Helena.

Bighorns goaltender Alexander Rogers deflects a shot by the Missoula Bruins during Thursday’s playoff game at the Helena Ice Arena.

Missoula’s Brett Meister dumps the puck into the Bighorns' zone during Thursday’s playoff game in Helena.

The Frontier Division-winning Bighorns defeated the No. 4 team, the Missoula Junior Bruins, 7-2 in the Helena Ice Arena in the opening game of the best-of-3 series.

The contest was close through the first two periods. The Bighorns jumped out to a 2-0 lead after the opening period.

The Bruins came back to tie the game before Helena took a 3-2 lead after two periods. Then the Bighorns used a four-goal third period to seal the game.

Elliot Plourde led the scoring for the Bighorns with two goals and an assist. Ian Zaleski and Ricards Groskops ignited the offense. Both of them had a goal and three assists.

Jeremy Solko, Ty Niskanen and Nicholas Noel scored one goal each to round out the Helena scoring. Goalkeeper Alexander Rogers made 35 saves.

Misha Akatnov and Trevor Prince scored a goal each for the Bruins. Goalkeeper Evan Williams made 16 saves.

The Bruins out-shot the Bighorns by a significant margin, 52-29, but the Helena defense was able to contain them.

The series moves to Missoula for Game 2 at 7 p.m. on Friday night. If the Bighorns in that game, they move on to the division's championship round.

If the Bruins win that game, the series returns to Helena for the deciding game at 7 p.m. on Saturday.

The winner of the series could face either the second-place Great Falls Americans or No. 3 Bozeman Icedogs next week. Their series begins Friday.

HELENA — Helena Bighorns hockey player Justin Sullivan could not have envisioned a year ago having the collegiate prospects he has now.