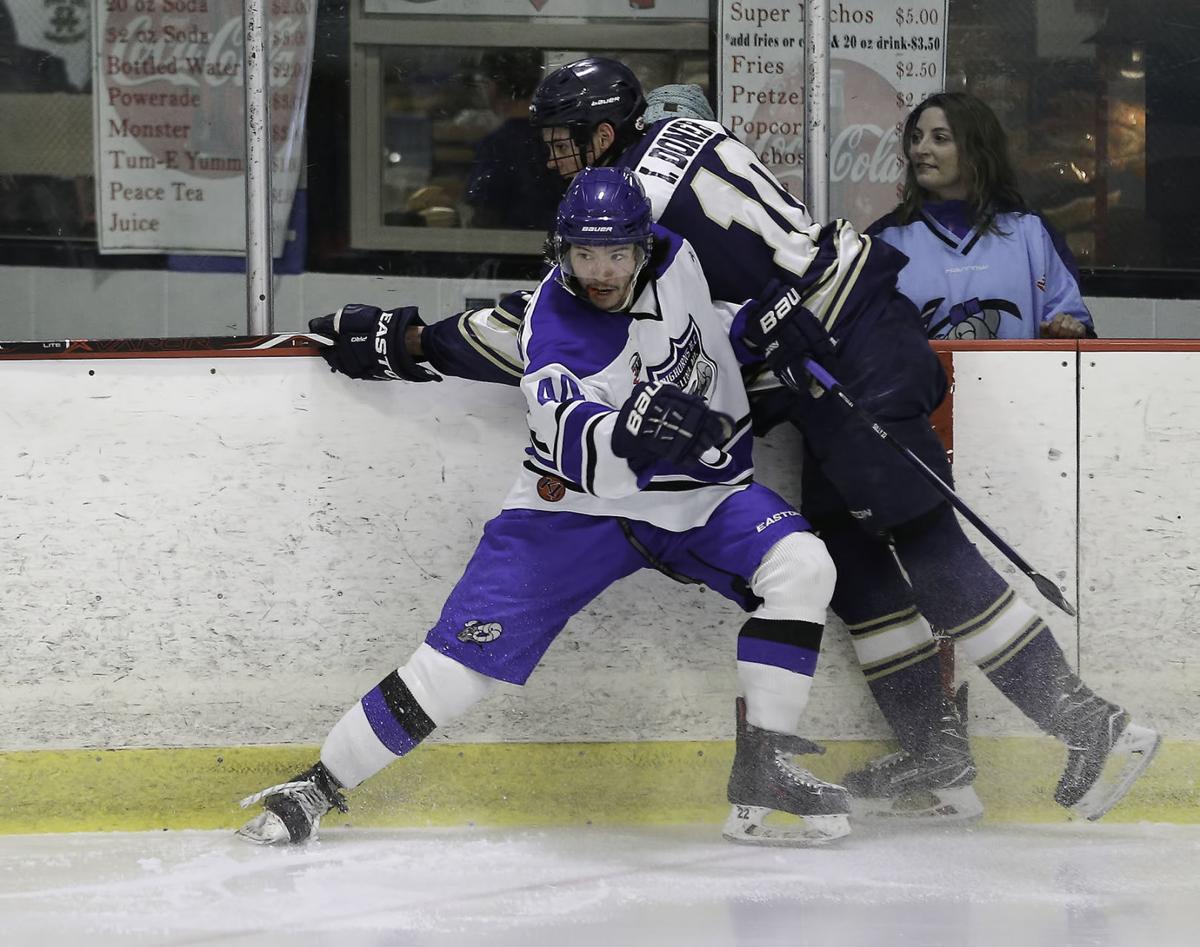 Justin Sullivan recovered from a hip injury last season to be a key part of the Helena Bighorns this year. 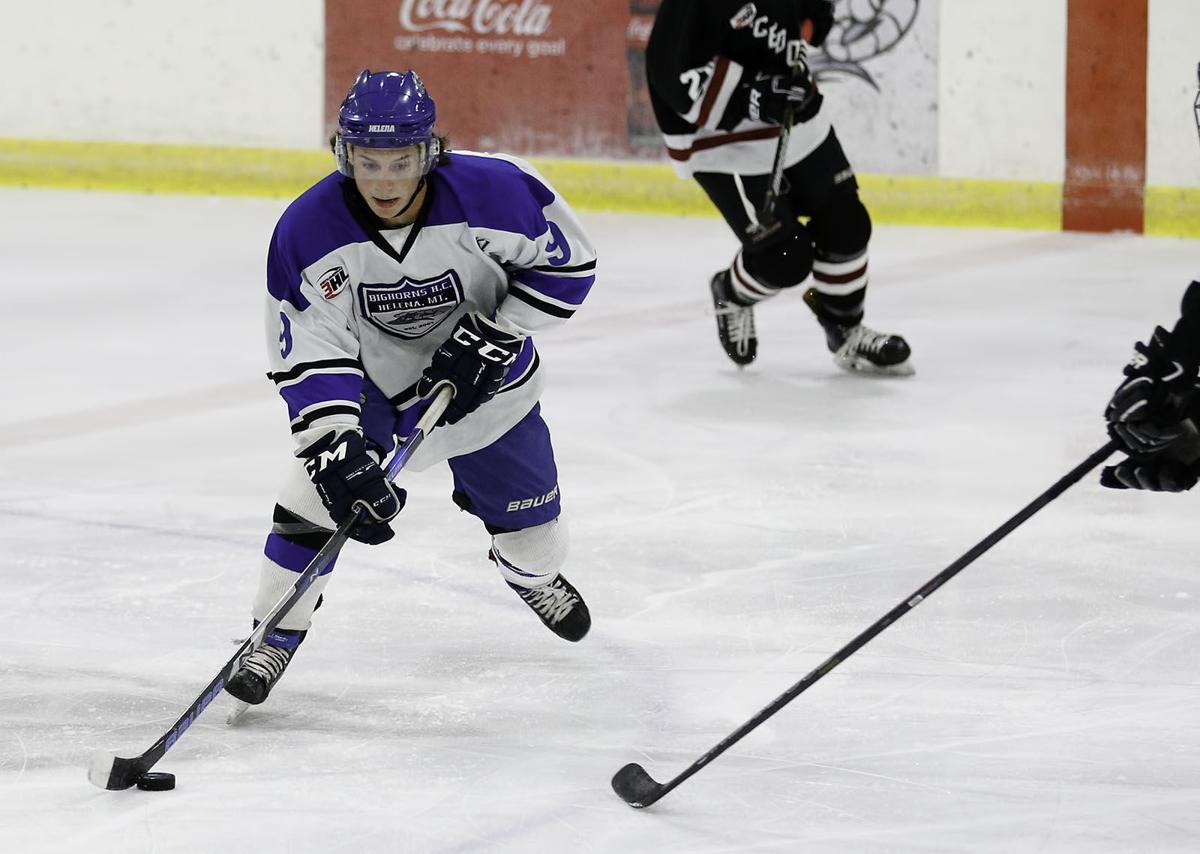 Kaden Lindberg has been developing into an all-around player for the Helena Bighorns. 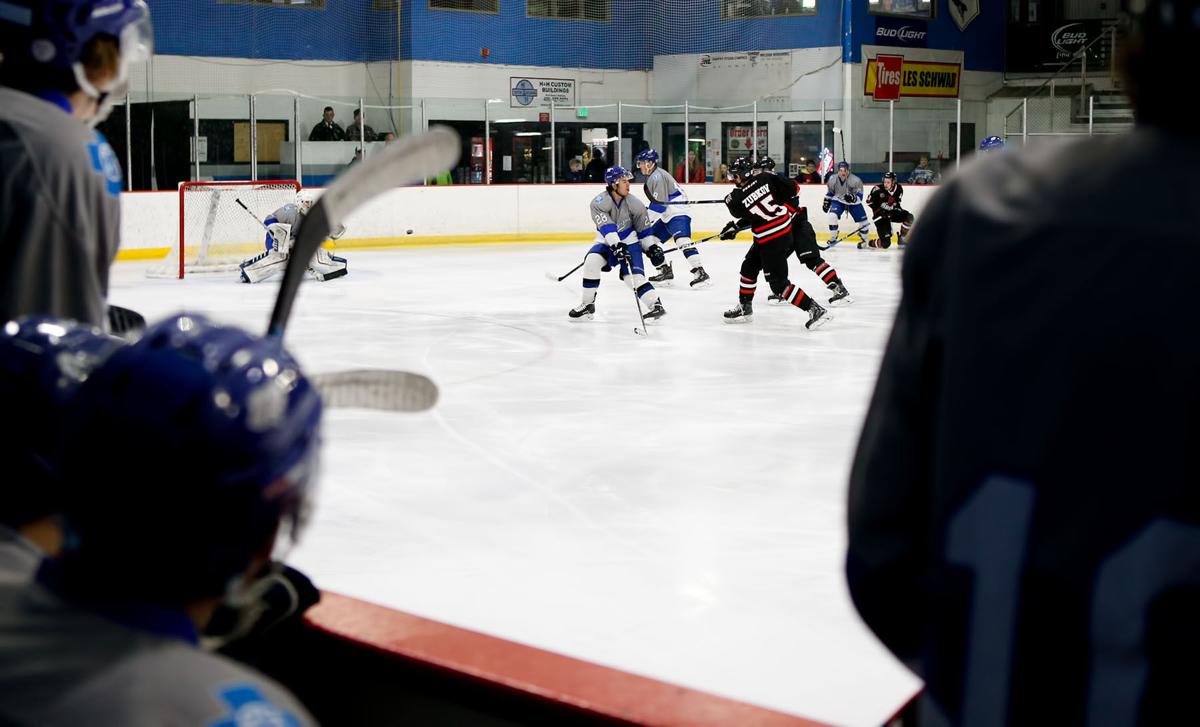 Helena Bighorns face off with the Missoula Junior Bruins in the first round of the playoffs. 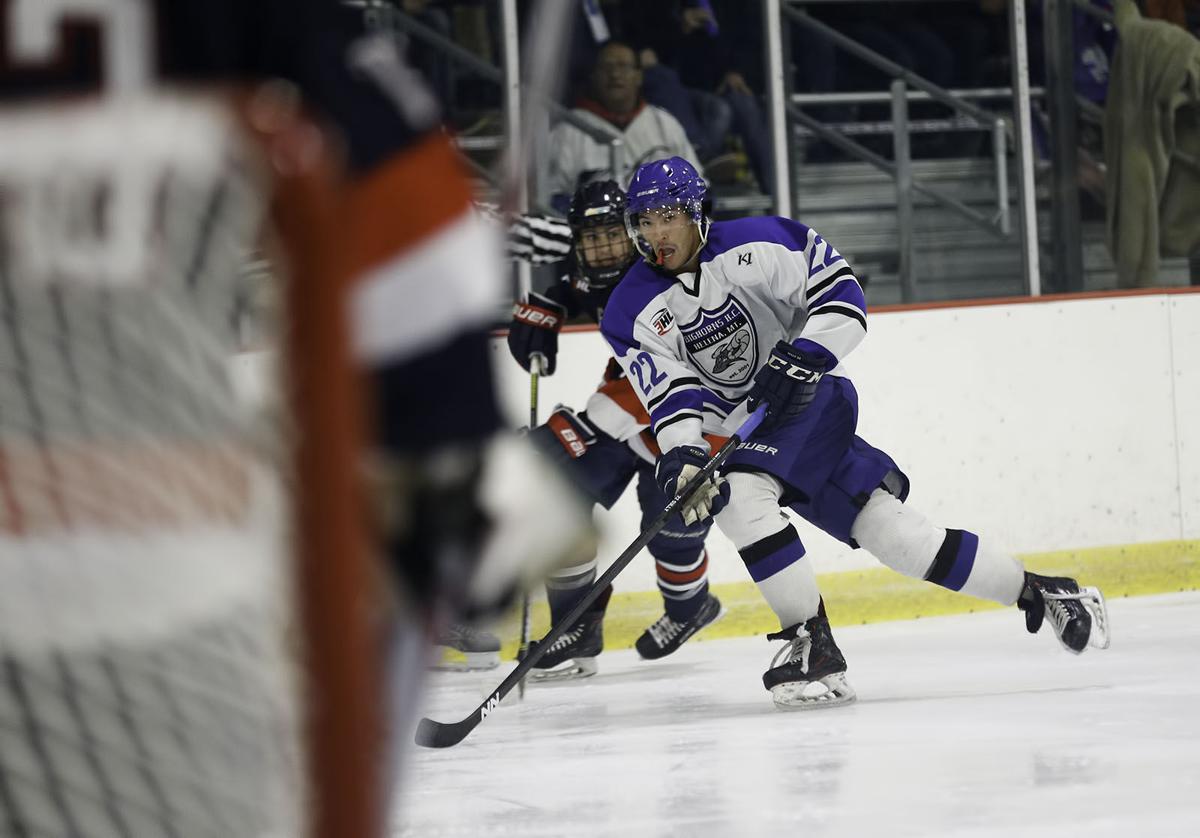 Helena's Justin Sullivan takes a shot on goal during a Bighorns power play in a recent game at the Helena Ice Arena.

Justin Sullivan recovered from a hip injury last season to be a key part of the Helena Bighorns this year.

Kaden Lindberg has been developing into an all-around player for the Helena Bighorns.

Helena Bighorns face off with the Missoula Junior Bruins in the first round of the playoffs.

Helena's Justin Sullivan takes a shot on goal during a Bighorns power play in a recent game at the Helena Ice Arena.

HELENA — Helena Bighorns hockey player Justin Sullivan could not have envisioned a year ago having the collegiate prospects he has now.

Sullivan began to experience the residual effects of multiple injuries, and the physiological and emotional component of one injury in particular, when he slammed into the boards and rotated his pelvic bone one inch higher than where it was supposed to be.

Sullivan recalled the initial pain of the collision at the middle of the 2017-18 season as excruciating and knew something was not right.

"I remember going into the boards and pushed myself up, and I could not get my leg under me," Sullivan said. "(When I got hurt) I was crawling along the blue line, and I remember the referee pushing on my hip, and screamed bloody murder my hip hurt so bad."

After the injury Sullivan found himself on crutches for two weeks. He sought the help of a chiropractor every day for a week and healed from his injury after a month.

"The pain was excruciating, and I struggled to get food, and I called my parents, and I told them 'I think my career is over,' because of how bad things had gotten," Sullivan recalled.

The injury took time to heal, and Sullivan even sought the aid of a sports psychologist aiming to get back on track.

"I could not reach my full potential, and my mind got to where I was not fully (into hockey) anymore," Sullivan said. "I would find myself as a player doing light skating with my brother on the ice, and I did a little more stretching to be able to get me in the right place, and mindset and attitude, and positive about playing hockey."

After Sullivan sought the aid of a sports psychologist and counselor, he began the process of his emotional recovery.

When Sullivan ran into Bighorns coach Bob Richards in the offseason at the Helena Ice Arena, he said Richards was initially shocked he was still in Helena, and not playing with a lower division junior team in Minnesota as expected.

"I told (Richards) I needed one more week to push myself, to make sure I am where I wanted to be at," Sullivan said . "He watched to see where I was, and called me up and said 'he needed a forward, and wanted me to be a big part of the Bighorns,' and everything just kind of fell right into place," Sullivan said. "I was back healthy, and in a happy moment where I could be a hometown kid playing for my hometown team, and being at home was just the best thing for me."

Sullivan has become an integral part of the Frontier Division champion Bighorns this season, and will now face off against the Missoula Junior Bruins in the first round of the North American 3 Hockey League playoffs at 7 p.m. Thursday at the Helena Ice Hockey Arena.

Sullivan has overcome his injury and is now mulling over 10 collegiate options. He is also a crucial component to a team looking to advance deep into the NA3HL playoffs.

"Words cannot describe (the success I am having) you just take it in and look forward to it, and I would like to find the right fit," Sullivan said. "It is an exciting moment, and the last few months and weeks of the season, you just take everything day by day and enjoy it."

Sullivan is now a defenseman on the team. He's become a leader developed into a complete player.

"At this point (in his life) he does not have to worry about a lot other than looking at college, and playing hockey," Richards said. "That is why he has done so well, playing hockey is a great opportunity, and life experience that allows him to have fun, and still is a leader and preserving the options he has for college."

Sullivan has gotten an opportunity to play with a long-time friend, and Helena teammate Kaden Lindberg, another key member of the team.

"It was huge, honestly, to have someone I grew up playing with, and just to be able to know him on and off the ice has helped," Sullivan said. "That has been our whole team this year is ... understanding the person sitting next to, and none of us hate each other, and we all have the same bond and love and compete with each other."

Lindberg, like Sullivan, will have plenty of collegiate options to mull over if he stays healthy, according to Richards.

"I would absolutely (like to continue playing together in college) and (Kaden) has one more year left to play in juniors, and we hope to find the right (college choice) for both of us," Sullivan said. "It is about finding the right fit for both us, and who knows next year he may get more offers and decide to change his mind."

Lindberg, a small forward 5-foot-8, has developed himself into a player who plays bigger than his size, according to Richards.

"He is a smaller player, and does not weigh a whole lot," Richards said. "This is my fifth year coaching Kaden, and even though he is not much bigger (in height), he is gotten a lot stronger, and is super quick, and good with the puck, and can hold onto the puck all of the time without getting hit. Laterally, he is quick on the edge, and he's like a little waterbug. You have a hard time keeping up with him. He works hard, smart, and able to keep the puck away in defensive situations, and able to take care of that."

Richards believes Lindberg has a future at the college level.

"I think Kaden can play NCAA hockey if he wants to," Richards said. "Both of those Helena kids have college prospects, and both of them come from families that have their businesses, and worked in their family businesses."

"When you start the season, you think you have a good team, but you do not know until you go out there, and play," Richards said. "We thought we had a good team, but until we put wins together, we did not believe it."

The second half of the season for the Bighorns is typical for hockey teams, they experienced injuries and illnesses, but that only increased the amount of depth headed into the playoffs.

Headed into the best-of-3 series with the Bruins, Richards is confident his team's depth will prevail.

"I think one of our team's strongest points on our team is our depth," Richards said. "That is one of the many things I really like to preach is as good as our players are we don't have one player in the top-20 in scoring. That isn't because we don't have good players, but we have good depth and getting lots of guys in there, and it's lots of guys contributing."

HELENA — It’s not uncommon for a son to want to follow in his father’s footsteps.