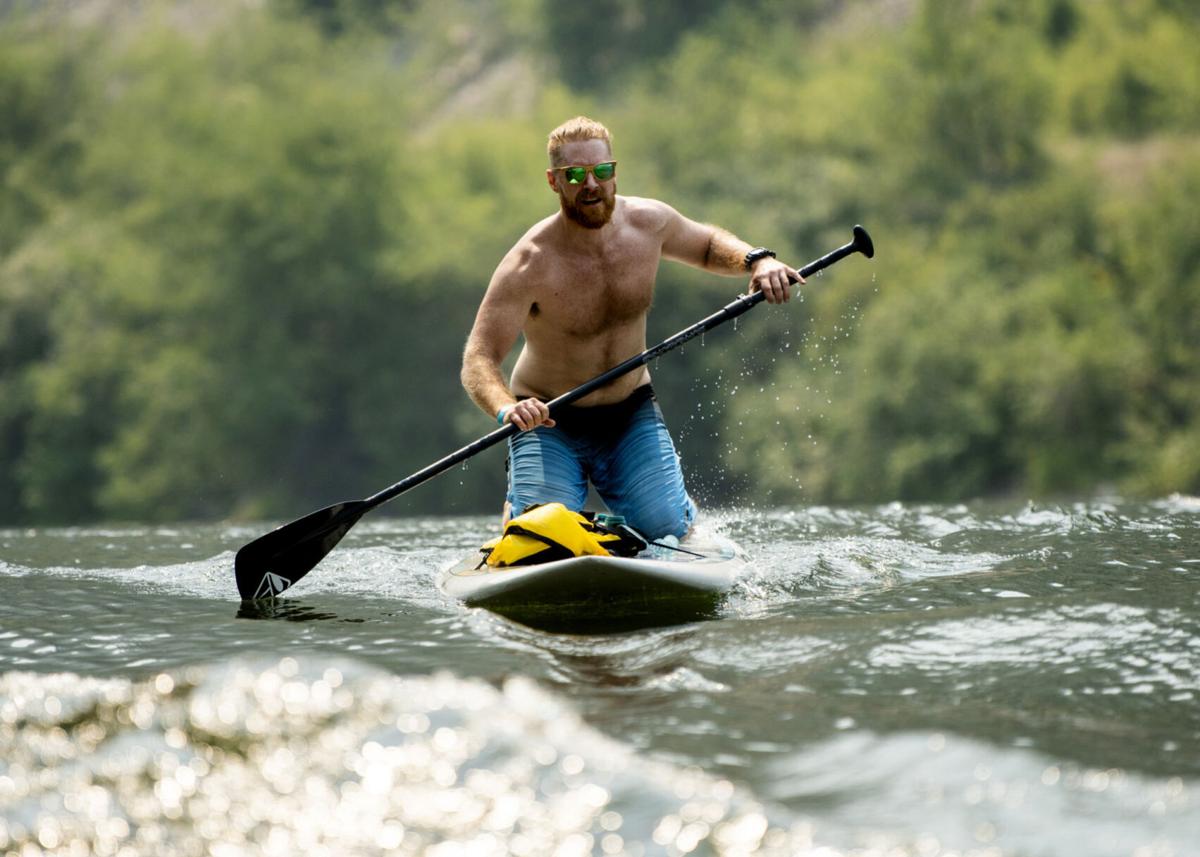 Parker Wicks prepares to take the wave near Missoula College during the 2021 SUP Cup paddleboard race on the Clark Fork on Sunday. 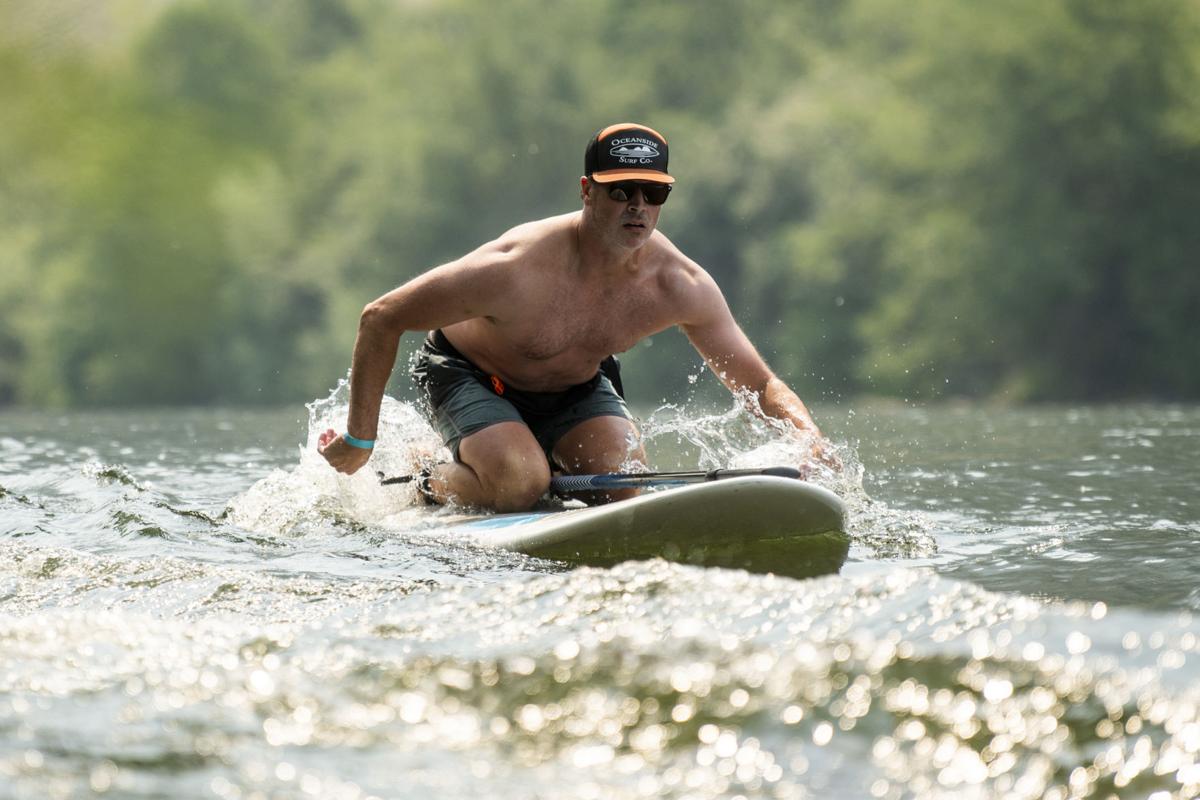 Cameron Stewart paddles toward the University wave during the 2021 SUP Cup paddleboard race on the Clark Fork on Sunday. 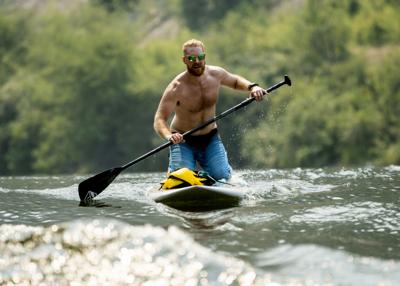 Parker Wicks prepares to take the wave near Missoula College during the 2021 SUP Cup paddleboard race on the Clark Fork on Sunday.

Cameron Stewart paddles toward the University wave during the 2021 SUP Cup paddleboard race on the Clark Fork on Sunday.

MISSOULA — Land-based racing wasn't the only type of racing in Missoula that got shelved in 2020 because of the COVID-19 pandemic.

The annual Windermere SUP Cup stand up paddleboard competition on the Clark Fork River came back from its year-long hiatus, with a solid turnout of competitors and locals taking in the races Sunday at the finish line at Bess Reed Park in downtown Missoula.

The race covers just over four miles of the river, starting in East Missoula and ending at Bess Reed Park with a short jog, or sprint for some racers, to the finish line.

Temperatures stayed relatively cool throughout the morning and early afternoon, and the vibe and excitement was a welcome site for event organizers.

"I feel like the energy was a lot higher this year because we didn't get to have our event last year," event organizer Andie Zielinski said. " ... I do feel like our energy this year is way more intense. We are excited to be here. ... It's been so much fun, the energy is contagious. ... Our community is ready to be together again and you can definitely tell."

While temps remained in the high 70s to low 80s with some wind keeping the air cool, there was some concern about the air quality due to fires burning across Montana and the Pacific Northwest.

Zielinski was honest about the situation.

"We were a little worried about it," she said. "But in true Missoulian style, we just figured, 'At your own choosing if you choose to be out,' because I know people are dying to get out and be among the community right now, whether there is smoke or not. So we kinda left it up to the participants and what they chose to do. ... It is kind of a bummer because you wonder if we would have gotten more participants if it wasn't as smokey but I think we are making the best of it."

Just over 60 racers competed Sunday, six in the Elite Division and 57 in the Recreational.

Cyril Burguiere, the top Elite finisher in 2019 and winner of six of the last seven races excluding Sunday's, did not compete.