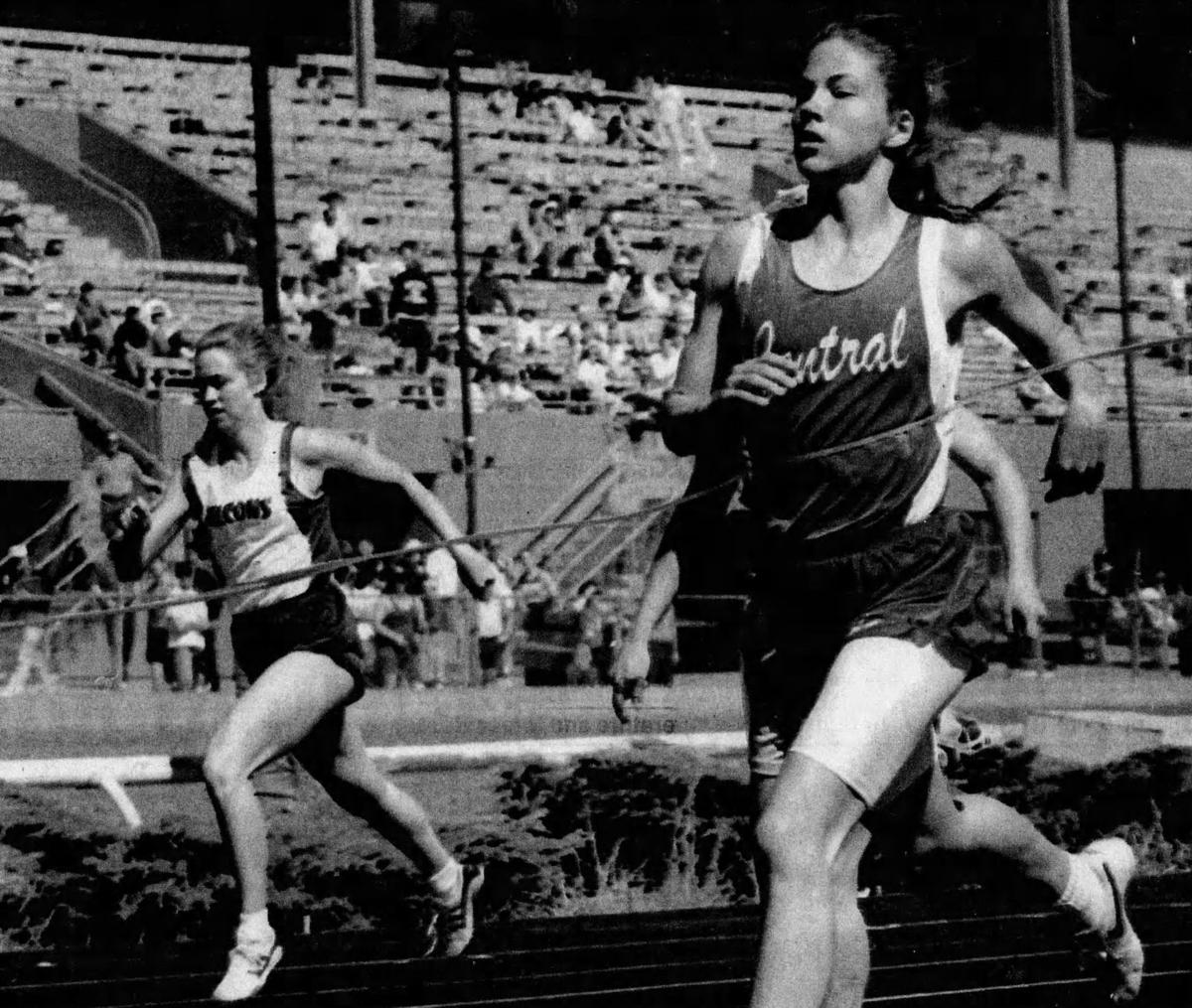 Former Billings Central sprinter Christy Otte, right, breaks the tape during a race at MetraPark in 1994. 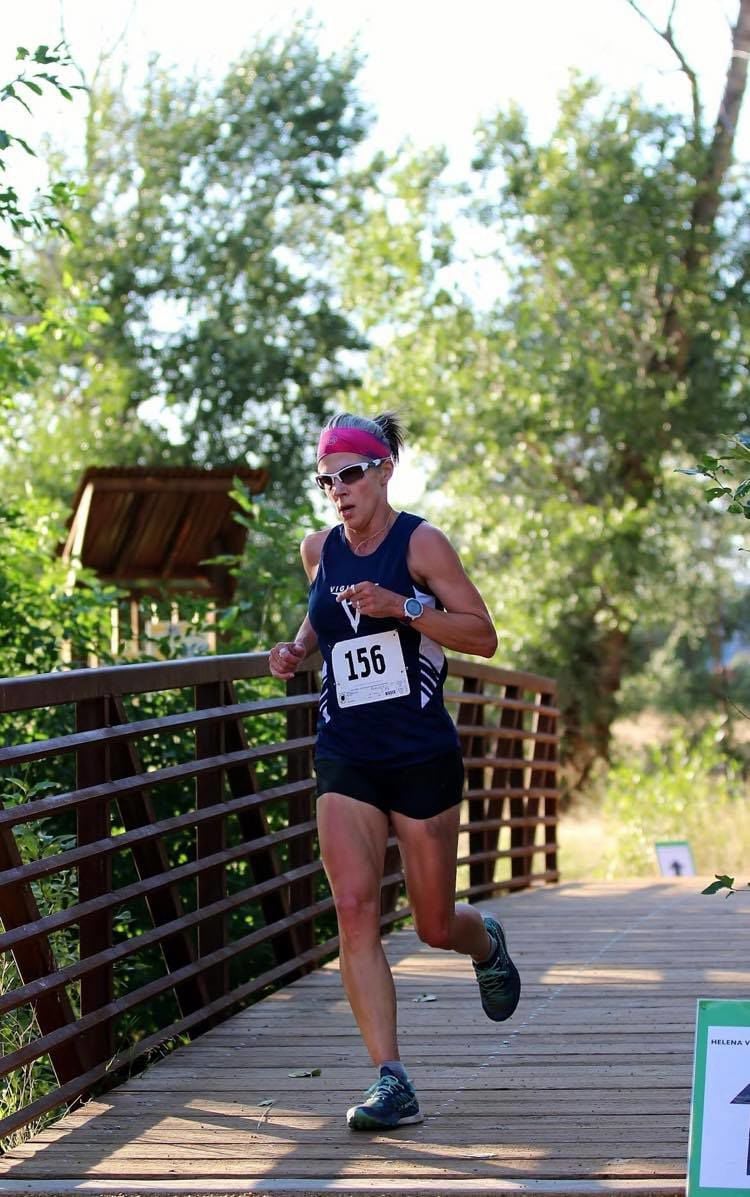 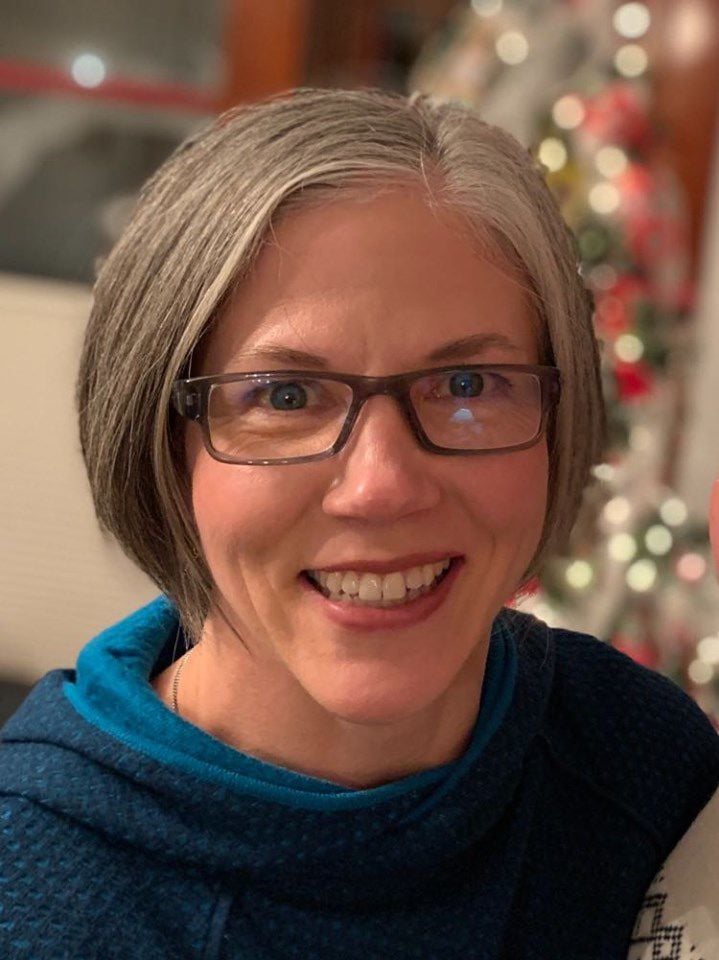 Former Billings Central sprinter Christy Otte, right, breaks the tape during a race at MetraPark in 1994.

BILLINGS — To see Christy Otte run was to watch poetry in motion.

A sprinter in the purest form, Otte combined precision with a need for speed throughout her decorated career in the 1990s — from her days as a state champion at Billings Central to her time as a Big Sky Conference titlist at Montana State.

The way former MSU track and field coach Dale Kennedy describes it, Otte had what every sprinter wants but few possess.

“Just silk-smooth,” said Kennedy, who helmed the Bobcats program for 37 years before retiring in 2018. “It was beautiful to watch her.

“There was a real difference technically in how smooth and relaxed she was. You’d think, ‘She’s not even trying.’ I’m sure that’s what it looked like to the average fan. But if you know something about the sport you know that the really great ones just make it look so easy.”

But things haven’t always been so easy for Otte — now Christy Stergar — in later years. Her response to personal setbacks are what have defined her life after the cheering stopped.

It’s quite the contradiction: For my money, Otte was the best there ever was, but recent circumstances have made it difficult for her to even try to run.

One morning in May 2017, Otte had plans for a nine-mile trail run in Helena, where she currently resides with her husband of 11 years, Dave. But a persistent headache forced her back into bed after popping a Tylenol.

The headache was even worse the next morning, and something was obviously wrong. Otte and her husband went to the hospital fearing dire scenarios.

She underwent a CT scan, and it was determined that she’d suffered a stroke, probably in her sleep the previous night.

It was later discovered that Otte had a “good sized” hole in the atria of her heart, which likely caused the blood clot that initiated the stroke.

“When I woke up I was dealing with the after effects,” Otte said. “The clot had dissolved naturally. It was a small clot, thank goodness.”

It took months for her body and brain to heal, which meant running was put on the back burner.

This past November, on the first day of the ski season at Big Sky, Otte blew the ACL in her right knee, which required surgery and rehab. Again, running was off limits.

She estimates she’s jogged a total of half a mile in the past three months, which is hard to fathom for a natural. But Otte made a promise to herself.

“I love running but I’m not going to sacrifice the short term for the long term,” she said.

I first saw Otte when she was a budding star at Central. Full disclosure: I attended countless track meets as a hanger-on in those days primarily to cheer on my big sister Krista, who was pretty dang good in her own right while helping the Rams win the first two of their three straight Class A team championships in 1993 and 1994.

But as soon as you saw Otte you knew she was different, as well as the difference on those teams.

With a combination of power and grace, she left opponents in the dust to capture a total of 13 Class A championships (fifth-most all-time) in the 100, 200, 400 and relay events.

Otte was the Midland Roundtable female athlete of the year in 1994. It was the golden era for girls track and field at Billings Central.

As a junior, she ran the 100 meters in a blistering 11.8 seconds at the Midland Roundtable Top 10 in Billings, a record that eclipses the current state-meet mark regardless of class by a wide margin even when converted for the Accutrack system (12.04).

Otte remembers there being some confusion at the conclusion of that race, as if some had the belief that “girls can’t run that fast.”

So you know, that original 11.8, unconverted, still stands in the meet record book. And the converted 12.04 is the fastest ever recorded by the MHSA.

Otte was the best prep sprinter of her era, and would be today.

Relaxed. Natural. Flawless. That’s how Otte went about her business.

“I really fell in love with sprinting when I was like 10 years old,” Otte said. “I always had this love of speed.”

Her success continued at Montana State, where she eventually won 10 Big Sky Conference titles and still owns school records in both 400-meter events with times that Kennedy described as “salty” (53.05 outdoors, 53.23 indoors).

She was the Most Outstanding Performer at the Big Sky championships four times. She was inducted into the MSU athletic hall of fame in 2015 and was named the 23rd greatest female athlete in Big Sky history — any sport — two years before that.

“One of the all-time greats, not just at Montana State but in the Big Sky Conference,” Kennedy said.

In later years, distance running became her thing as she embraced other challenges like 10K events (her favorite) and the like.

Otte, now the coordinator for the continuing education department at Helena College, has traded speed for endurance.

“As every track athlete gets older they usually end up running longer distances because you have a finite amount of speed at some point,” Otte said.

Otte doesn’t have any spring races on the docket, but she is signed up for an event in September — a vertical kilometer in Big Sky.

She’s happy for her health, and her continued recovery.

“It’s like I’m getting a second wind in life,” Otte said.

Looking back, Otte credits much of her success to her coaches and teammates, saying it may not have happened the way it all did if she didn’t truly enjoy those she competed with along the way.

“I think my coaches were always really responsive to doing what worked for me and being really flexible with my training program and going out of their way to helping me as an individual,” she said.

The way she ran, the way she won, the way she overcame … there really has been no one quite like Christy Otte. And her legend stands the test of time.

Montana Greats — The greatest athletes from all over Montana

A Billings Senior outfielder and a Dawson CC utility player have signed with DSU to continue their softball careers.