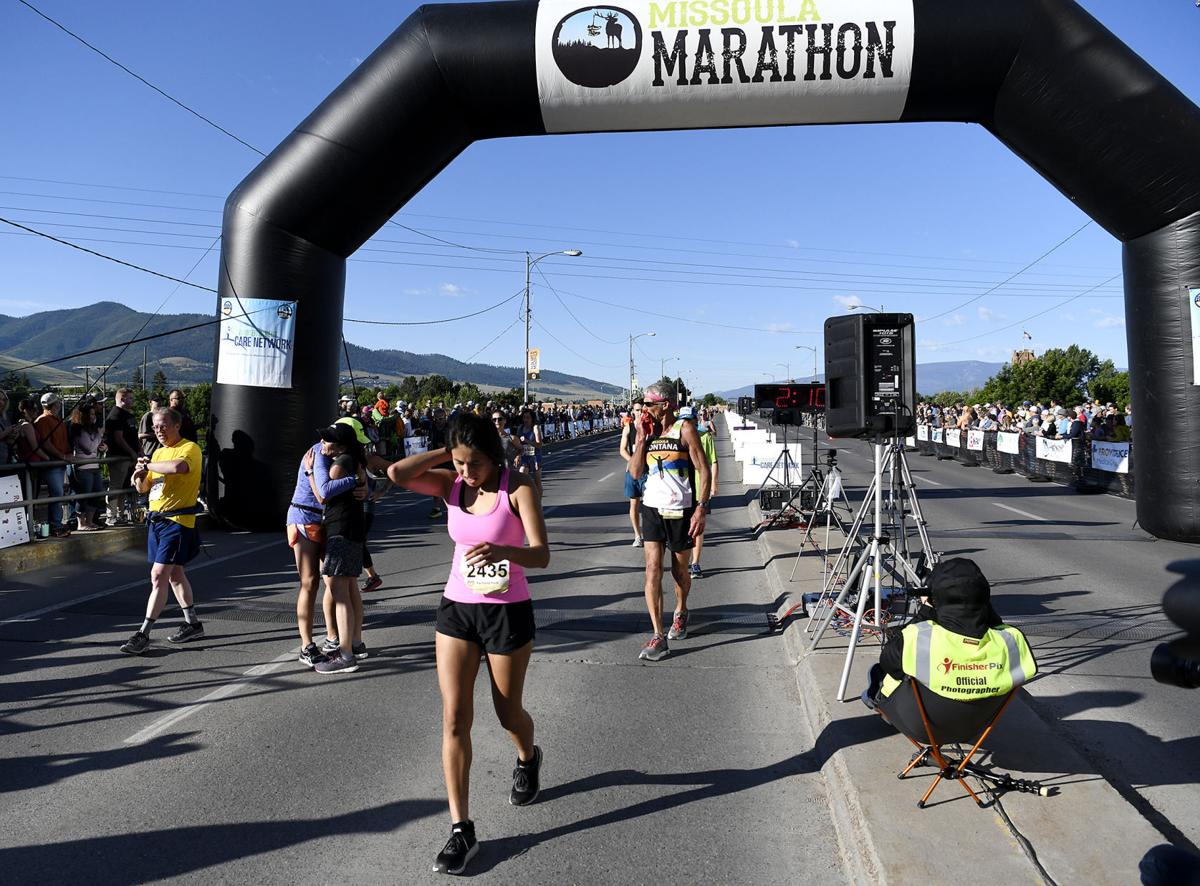 Runners cross the finish of the 2019 Missoula Marathon on Higgins Avenue. The event switched to all virtual for the 2021 edition. 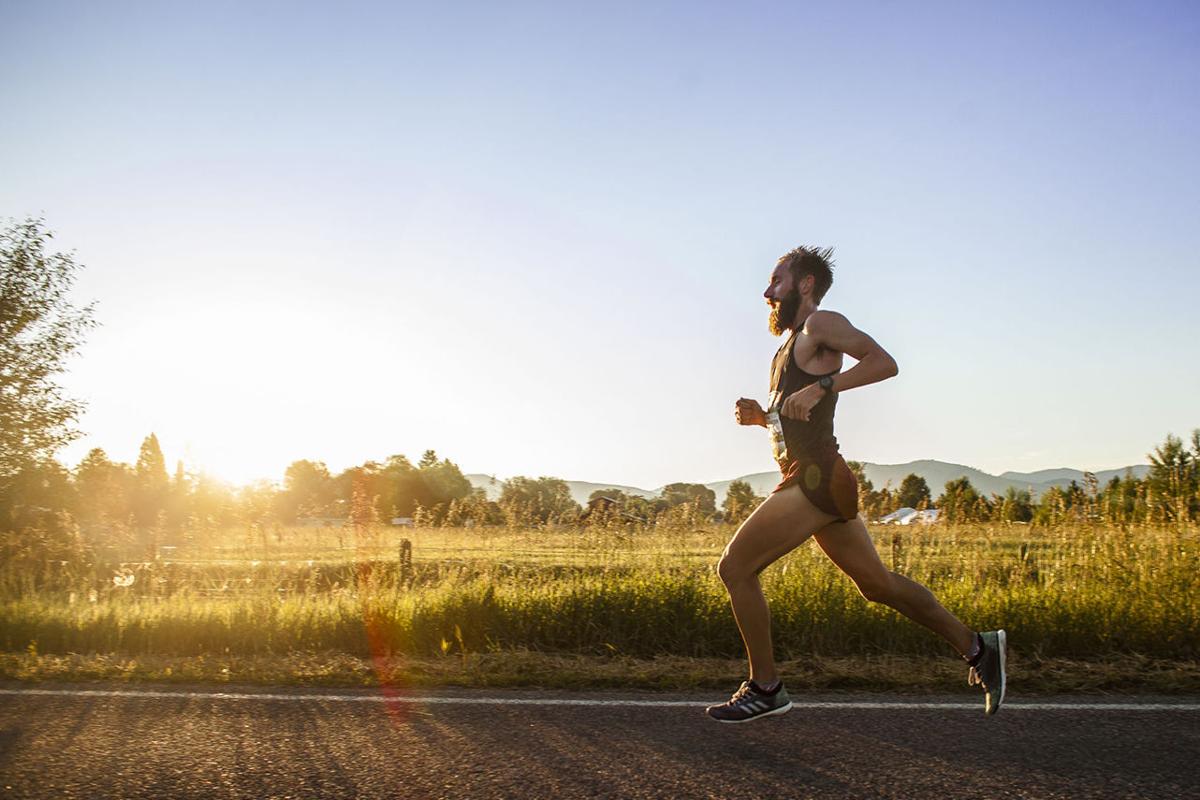 Half Marathon racer Micah Drew runs down Clements Road near the front of the race on July 1, 2019.

Runners cross the finish of the 2019 Missoula Marathon on Higgins Avenue. The event switched to all virtual for the 2021 edition.

Half Marathon racer Micah Drew runs down Clements Road near the front of the race on July 1, 2019.

MISSOULA — Last summer, when many sports and normal elements of daily life were changed and up heaved, in-person racing seemed like a long-shot goal for race organizers across the country.

So, race organizers shifted to virtual races as a way to get at least some racing done in communities with storied traditions of road races. Runners, towns and cities alike embraced the change with positivity if it meant long-held traditions and community events avoided being canceled outright.

From big-name and star-studded races that bring in swaths of Olympic hopefuls to Boston, New York City and London, down to small but mighty community races in running towns like Flagstaff, Arizona, and here in Missoula, communities faced similar concerns for their own racing traditions.

With concerns over large group gatherings and getting local health officials to OK events, virtual was the right call for many.

The Missoula Marathon, which was placed on a list of the top 100 races in America in 2019, was canceled its in-person event in 2020 and switched to a virtual format, had over 400 runners who had never registered for a previous Missoula Marathon signing up.

The Governor's Cup in Helena returned to in-person racing after a year off, and the Missoula YMCA Riverbank Run came back — albeit on a much different course because of the construction in downtown Missoula.

But not all marathons or races made a return to live racing.

In December 2020, the Snow Joke Half Marathon, which routinely brings in about 700 runners to Seeley Lake, was moved to a virtual format for the February 2021 race due to the state of the pandemic at the time.

The Snow Joke Half Marathon is organized by the same group — Run Wild Missoula — as the Missoula Marathon, which is also being held virtually again despite hopes to get back to in-person for the 2022 edition.

"We've had a really positive response from both local and national participants," Run Wild Missoula interim executive director Ashley Cossairt said over the phone Friday. "Fortunately a lot of people, now that time has past and we let it sink it, are feeling happy and lucky to still have the option to do it virtually."

Sure some may be confused or upset that the event was kept virtual as things have opened in the months since, but at the end of the day Cossairt was happy Run Wild Missoula made the correct choice at the time, even if the group would certainly like to see the event run in person.

"Ultimately with the advice from our medical director and Run Wild's board of directors, we voted to cancel," she said. " ... Hindsight is 20-20. ... We put our community first at the time and we still believe it was the right choice for our community given the information we had. Obviously we would love to be out this weekend in the scorcher running the Missoula half and full."

Cossairt hopes, assuming things keep trending the positive way they have the past few months with more and more sports coming back to full capacity and races that were dormant coming back, the Missoula Marathon will return fully and in person in 2022.

Embracing tradition while honoring a friend

Sure the race isn't happening in its pure form, but that won't stop all racers.

Some groups chose to take this weekend and run the full 26.2-mile course that runs from Frenchtown into Missoula's downtown and the half marathon course that starts near Blue Mountain Road before ending in downtown.

Meg Brooker, co-owner of Runner's Edge, is running the half marathon route with a group and is dedicating the run to former Run Wild Missoula executive director Tony Banovich who passed away last October at the age of 58.

Banovich was the executive director of the nonprofit since 2014, but for over 30 years he was involved in distance running in the state and helped organize Missoula's first marathon in 2007.

What better way to honor a racing titan than to run the course of the race he directed for many years?

"I thought it was fitting to run it in honor of him and in memory of him," said Brooker during a Saturday night phone interview. "... He was just so passionate about running and not just marathon running but running as an adult. He loved cross country and track in high school. He was such an awesome man and I just wanted to do it in honor and memory of this man."

Brooker is an avid runner in her own right even if she isn't running her past workload of 50 to 70 miles per week, keeping to a modest 10 to 12. She joked that she is nowhere near ready to run the half marathon, and might even walk a portion of the route if she needs to.

She will run with a group of other women early Sunday and will write a note on her racing bib in honor of the late Banovich, who she worked closely with as integral parts of the Missoula running community.

"I am grateful to have gotten to know Tony," Brooker said. "It is hard to memorialize somebody who's had such an impact on so many people's lives. He was a wonderful man."

Without the Missoula Marathon this year, C.S. Porter teacher Keith Miller has set his sights on reaching the podium and supporting his charity in a much longer race.