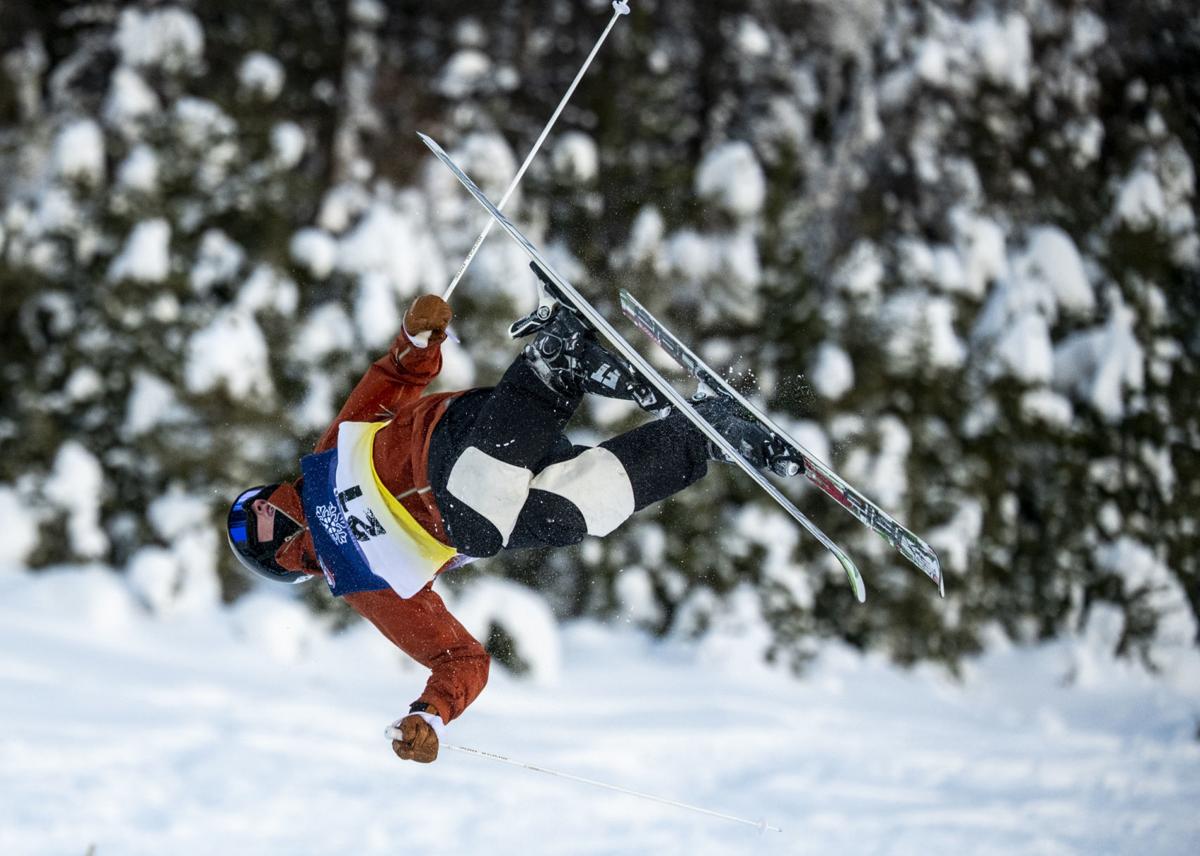 Missoula's Oliver Long competes in the finals of the dual moguls competition at Snowbowl's Northwest Regionals on Sunday afternoon. Long competed against his brother Harrison in the finals. 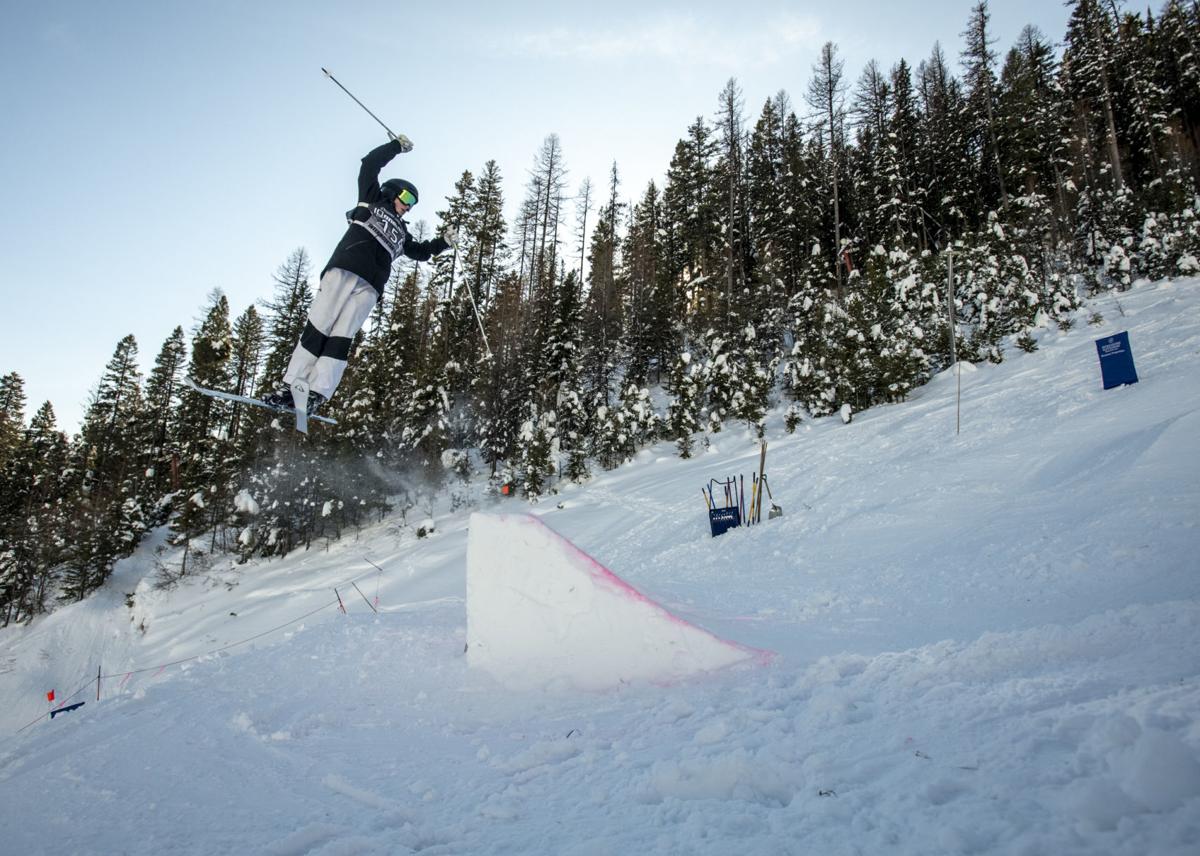 Wasatch's Cristina Morelli competes in the finals of the dual moguls competition during Snowbowl's Northwest Regionals. Morelli finished second in the girls competition. 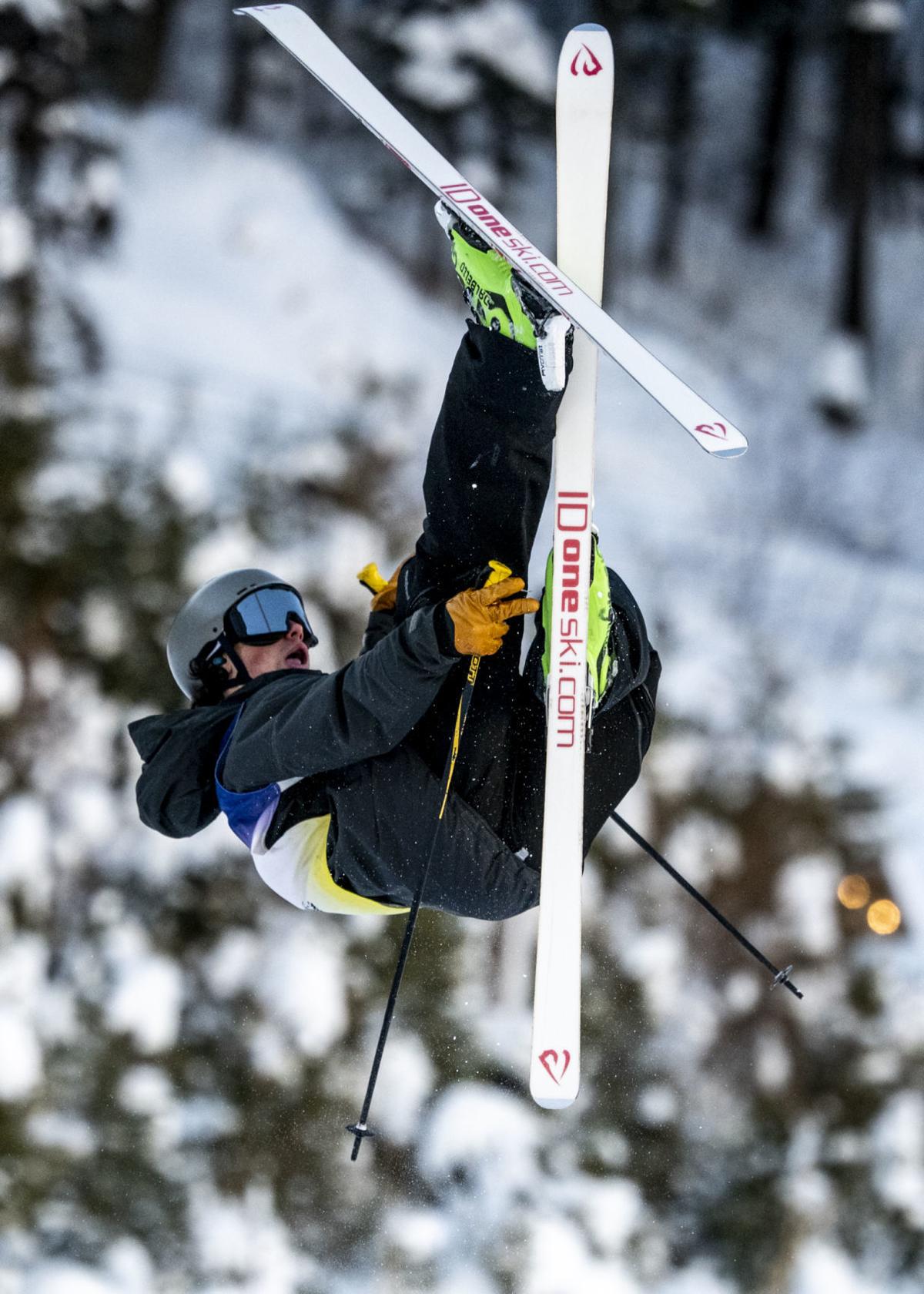 Missoula's Oliver Long competes in the finals of the dual moguls competition at Snowbowl's Northwest Regionals on Sunday afternoon. Long competed against his brother Harrison in the finals.

Wasatch's Cristina Morelli competes in the finals of the dual moguls competition during Snowbowl's Northwest Regionals. Morelli finished second in the girls competition.

MISSOULA — Missoula skier Oliver Long started the 2020 season with a bang — and not the kind that results in a crash on the course.

The Hellgate sophomore swept the single and dual moguls titles for the first time at the Pacific Northwest Regional Mogul Competition hosted by the Missoula Freestyle Team on Saturday and Sunday at Snowbowl.

It was quite the launching point for Long in his initial competition since participating in his first U.S. Freestyle Mogul Championships last year as the 15-year-old continues his ascension up the Missoula and Montana ski ranks.

“I just try to come out and ski my best, not really focus on the end result,” Long humbly said Sunday afternoon from Sunrise Bowl, the slope used for the competition featuring skiers from 8 to 19 years old. “Having competed against the bigger dogs, I’m just understanding what I have to do to push myself.”

Long won both moguls events this weekend by getting his first wins over Bozeman’s Renner Skidmore, another national qualifier last year who’ll soon be competing at the North American Cup, one level below the World Cup. Skidmore placed 23rd at nationals last March, while Long was 44th. Bozeman’s Dane Alexander, who was out with an injury, had placed 19th.

Long found success over the weekend by staying controlled in the middle section of the slope between the two jumps. He landed his corkscrews and exited cleanly out of the air from his first jump by keeping his weight balanced. He also stayed poised when Skidmore had a slight stumble next to him but kept his balance in the double moguls final.

Long’s victories gave him points toward qualifying for junior nationals and nationals again this year. He was the lone national qualifier from the Missoula Freestyle Team last year, experiencing the elevated competition and getting to interact with U.S. Ski Team members in Waterviile Valley, New Hampshire.

“That was more of a cool experience to be around the best in the nation and see what you need to do,” Long said. “It kind of opened my horizon to what was actually capable in the sport.”

Long came into the 2020 season as the Missoula Freestyle Team’s top skier, a mantle to which he climbed during his successful 2019 campaign. His growth showed again at regionals after he took third place in both singles and doubles last year.

An avid skier, Long spent time during the offseason practicing at Beartooth Basin Summer Ski Area on the Montana-Wyoming Border. He also spent a week practicing his jumps on the water ramps and pool at the Utah Olympic Park in Park City, Utah.

“He’s super cerebral and someone you can give really technical coaching to because he can absorb it,” Power said. “You can just see when you’re talking to him that he’s thinking, processing and putting it into action. Then he’s retaining that information and you can see it happen his next run and it’s like, ‘OK, you got it.’”

Long’s continuing success begs the question about his possibility of making the U.S. Ski Team and potentially the Olympics. He isn’t looking too far ahead to any of that, pushing himself to be better while continuing to enjoy the freedom on the slopes he found when he first started skiing.

“I like that you don’t have to think about anything else except for your run,” Long said. “It’s just super fun going through the bumps really fast and soaring through the air.”

Power, though, isn't counting out the national potential for his pupil, who he spotted as a kid with an oversized helmet and impressive speed on the slopes in Missoula.

“If he can take those positive steps forward through his senior year, I’d say that he could definitely move that way,” Power said. “He comes from a very scholastically oriented family, so he would probably have to be doing really well to buck that family trend of college. He certainly can take it into his own hands by forcing the issue and getting to the national team level before then.”