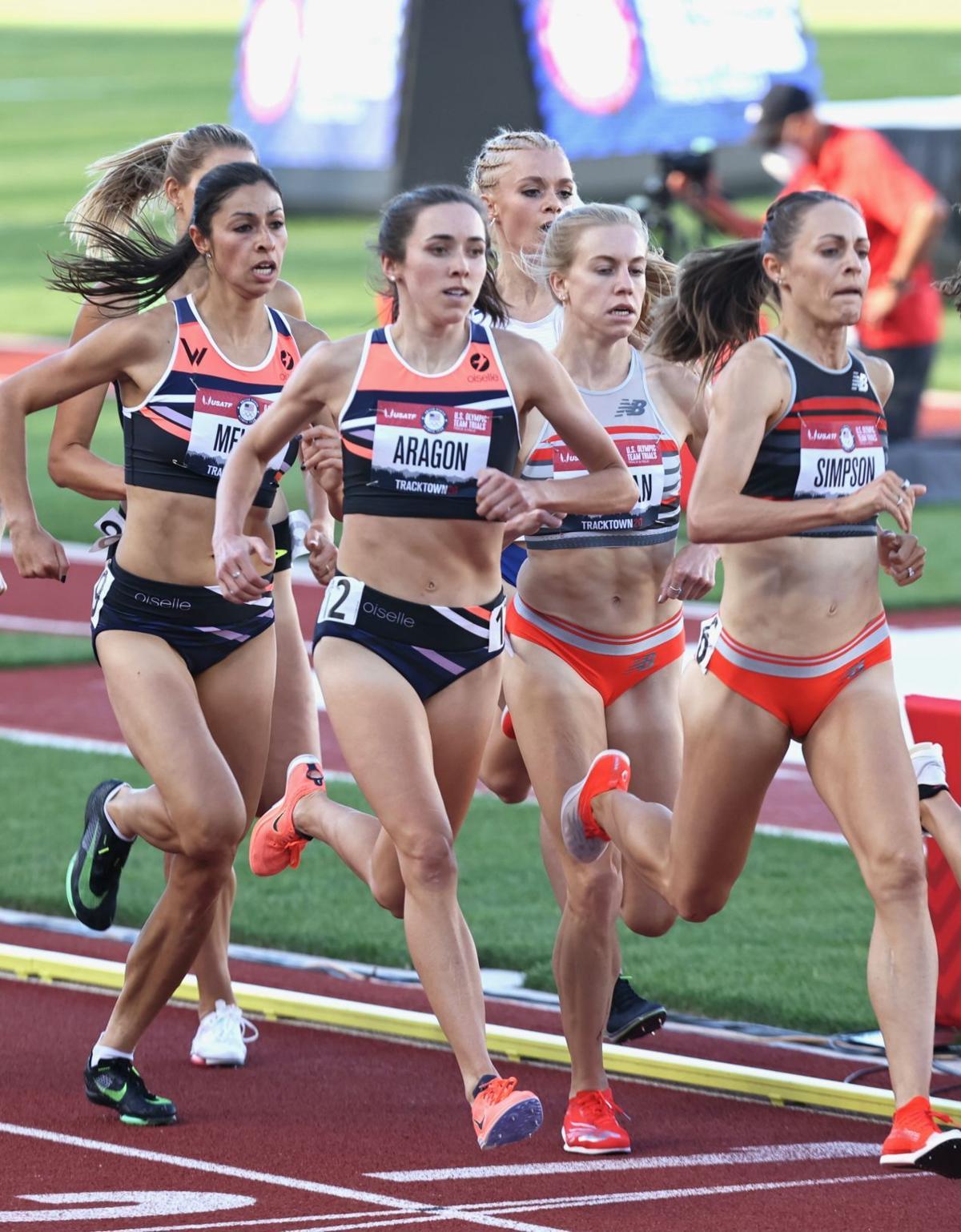 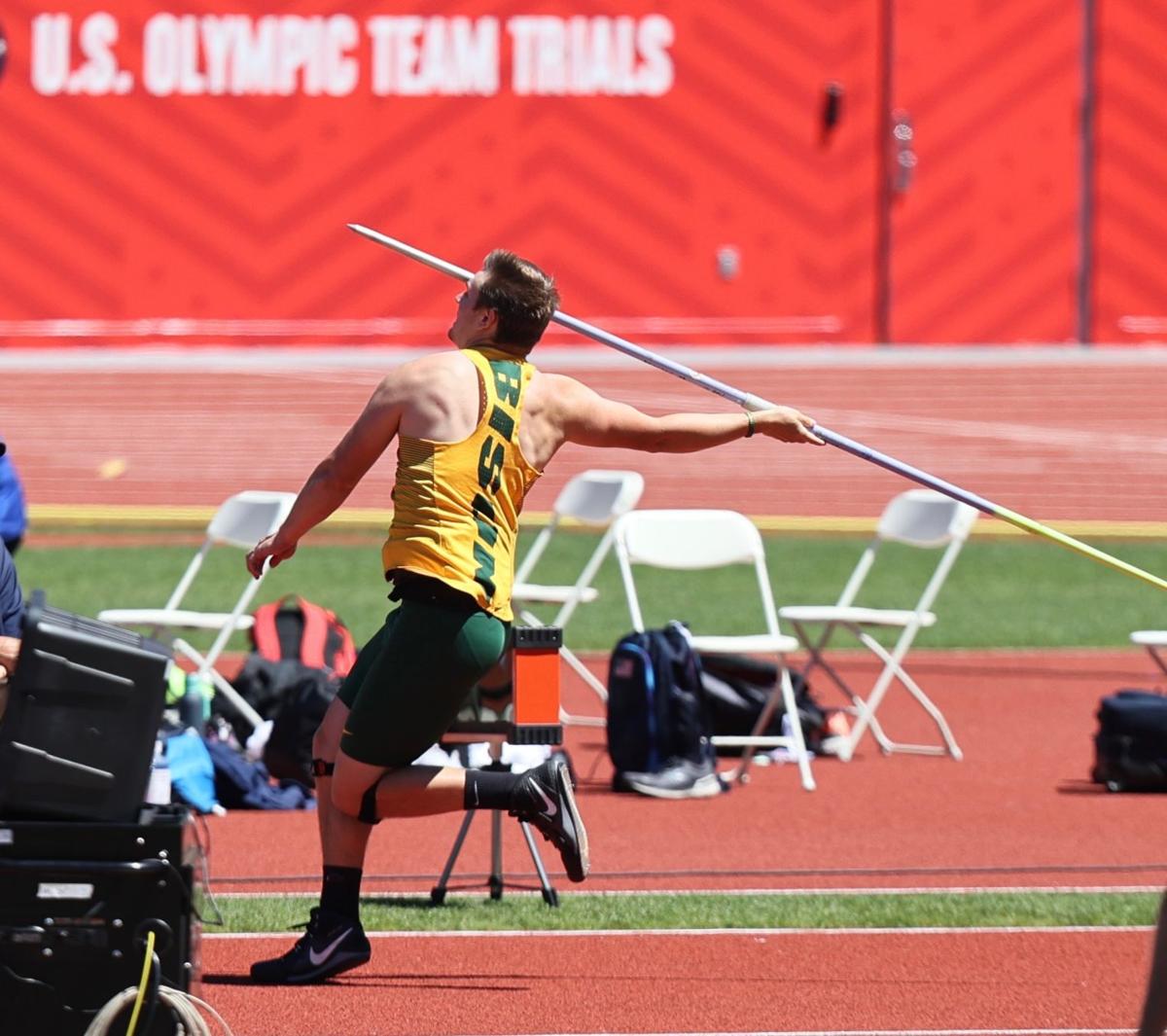 Benji Phillips competes at the U.S. Olympic Team Trials June 19, 2021 in the men's javelin where he finished 17th with a throw of 65.88 meters in the opening heats.

Benji Phillips competes at the U.S. Olympic Team Trials June 19, 2021 in the men's javelin where he finished 17th with a throw of 65.88 meters in the opening heats.

When the race went out slowly, Aragon kept herself to the outside of the pack. At the halfway point she was fifth, but moved up into fourth after three laps including avoiding the chaos as Lauren Johnson tripped.

With 250 meters to go, Aragon ran up into second place and took position on the inside which allowed her to force three-time Olympian and nine-time U.S. champion Jenny Simpson to go around her in order to pass and get by Aragon by just .02 seconds. Elle Purrier St. Pierre won the heat in 4:09.08.

Aragon will race in the women's 1,500 finals on Monday 6:05 p.m. The top three finishers in that race who have the Olympic standard will be selected to Team USA for the Tokyo Olympics. Aragon will need to hit that Olympic qualifying time pf 4:04.2 if she is to qualify.

On his opening throw, Phillips raced down the runway and launched a throw of 65.88 meters (216 feet, two inches). His second throw landed at 64.76 meters and his third throw scratched. He finished ninth in his heat.

The top 12 athletes after the first three throws advanced to the final on Monday. Marc Anthony Minichello led the field with his throw of 76.63 meters.

This season, Phillips was a Summit League champion for the North Dakota State Bison and a first-team All-American with a new personal best of 75.27 meters.