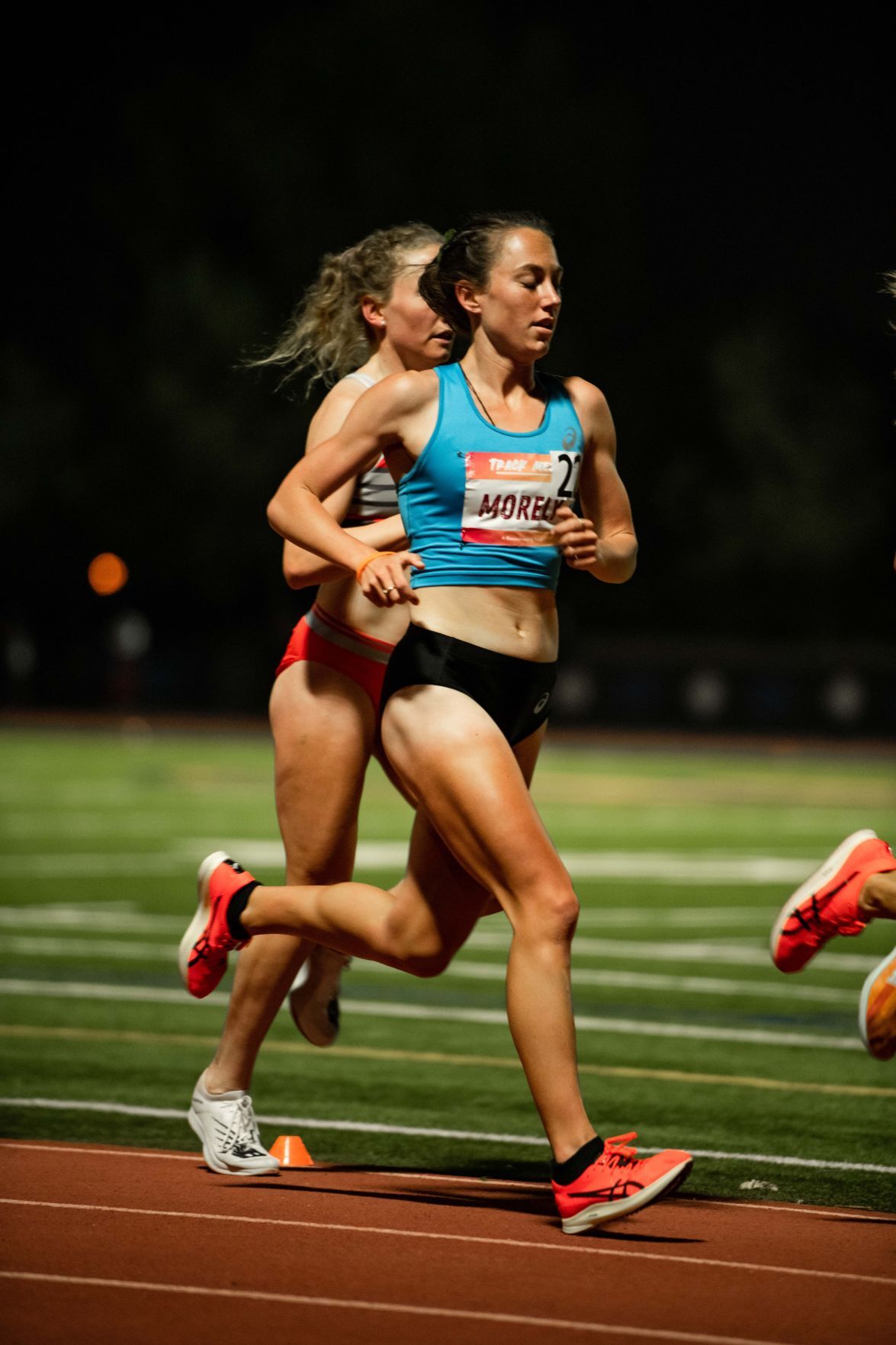 Former Bigfork runner Makena Morley is competing in the women's 10,000 meters at the U.S. Olympic Team Trials in track and field Saturday. 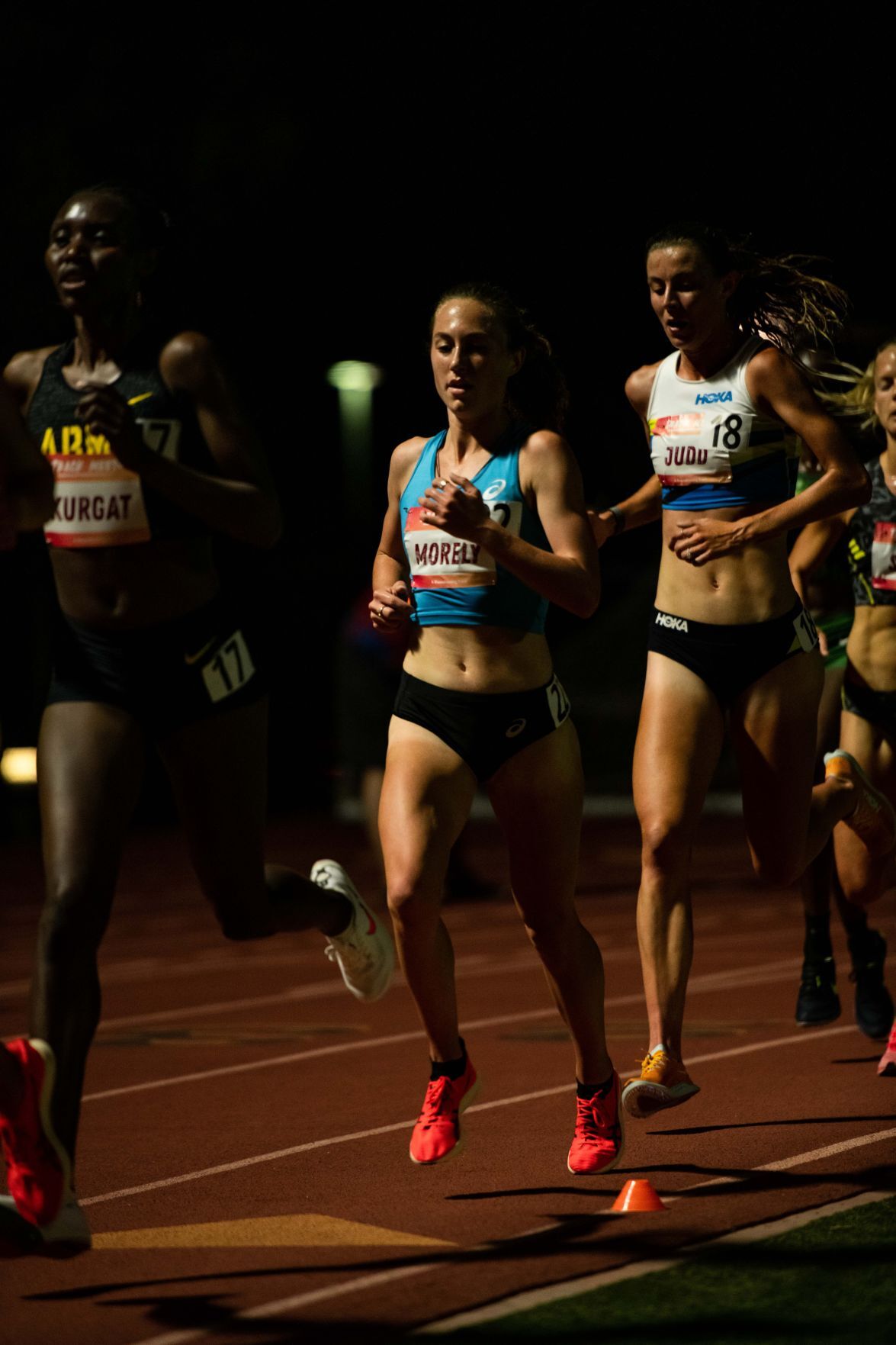 Former Bigfork runner Makena Morley is competing in the women's 10,000 meters at the U.S. Olympic Team Trials in track and field Saturday.

BILLINGS – Makena Morley has been asking Montana State’s Duncan Hamilton what the new Hayward Field is like.

As a collegiate runner at the University of Colorado, Morley ran in the old stadium, but has yet to see the newly rebuilt venue. She won’t have to wait much longer and will get her own glimpse Saturday morning in the women’s 10,000 meters at the U.S. Olympic Trials in track and field.

“I’ve never done a race on this stage before so I’m really excited to just be able to stand on that start line,” the runner from Bigfork said.

In college, Morley set the school record in the 10,000 and was a seven-time All-American for the Buffaloes as well as a member of the 2018 cross country championship team. But her final season was cut short by COVID-19 shutdowns and so she had a little more time to weigh her options before ultimately turning professional and signing a contract with Asics in August 2020.

“They were the one company who was really open to let me go wherever I wanted to,” Morley said. “They basically say if you’re happy, you’re going to run your fastest so that was the main reason that I signed with Asics and it’s been so great. I’ve loved them so I’m really happy that they took me on.”

After a short stint in Boise, Idaho, with the Idaho Distance Project group didn’t work out, Morley knew she wanted to return to Montana and be in Bozeman, where she has family. She said she always had the idea of returning to Montana in the back of her mind and had even almost taken her fifth-year at Montana State, having built a relationship with Director of Track and Field/Cross Country Lyle Weese, but knew now was the time.

“When I wanted to leave Boise, I was like, ‘Well I better call Lyle.’ I called him and kind of explained my whole situation and he was awesome. He was super excited about it and immediately started coaching me,” Morley said. “I’m really grateful to him for agreeing to coach me on very short notice.”

Once in Bozeman in October 2020, Morley began volunteer coaching with the Bobcats and training with the team. While she was at Colorado, a number of professional runners remained and were also coached by her collegiate coaches Mark Wetmore and Heather Burroughs.

“I always learned a lot from them and it was always fun to be able to train with them so I’m hoping that maybe I can help bring some of that,” Morley said. “Or you know if anyone is struggling with anything, maybe I’ve gone through something like that before so I can help them. So I hope that I am helpful to have there.”

The Bobcats have had success this season at all levels, including four members competing this week at the U.S. Olympic Team Trials, which Morley has also benefited from while training with members of the men’s team.

“It’s been fun because I’ve been able to run with, well not run with, run behind, Duncan Hamilton, who’s racing the steeple at Olympic trials. So it’s been fun to have him as like a little buddy who’s also training for the trials,” Morley said. “I’m really thankful for them because they are all faster than I am, so it’s great because I just get pulled along. I’ve been loving having them as training partners. It’s been really fun getting to know all them and run with them.”

When she chose to move to Bozeman, she knew she would be forgoing some parts of being part of a professional training group such as help with logistics of training and race entries as well as some of the camaraderie of being part of a team. Morley said she has learned a lot about herself in the process.

Fortunately, she also has had the benefit of being able to meet up with fellow Bozeman resident Grayson Murphy (who made the women’s steeplechase final) for longer training runs.

“She’s been pro for two years before me so that was like to learn some things from her because she really handles herself really well,” Morley said. “So that’s been really fun to have someone else who’s also training, another female at least, who’s also training at that high level in Bozeman who I can meet up with so that’s been great.”

Morley did some fall road races in 2020, but did her first 10,000-meter race in nearly two years because of the COVID-19 cancellations in February 2021 in Austin, Texas, at the Texas Qualifier, where she finished fifth in 33 minutes, 05.16 seconds.

“That was when I kind of decided that I really do want to shoot for that 10K time and go to the trials in 10K and get to do that race,” Morley said.

She followed that up with a 15K road race in mid-March in Florida, but ended up with COVID-19 shortly after.

“That was right in the time when we were really building up workouts and really a not good time to get COVID,” Morley said. “So I ended up taking up six days off and then that was definitely a little bit of a struggle to come back from that.”

Three weeks after, she raced a 5,000-meter race at Oregon State just to see how her lungs would hold up in a race. Once she was satisfied, Morley raced another 10,000 meters three weeks later on May 14 in California at a meet put on by Sound Running. Morley’s fourth-place finish came with a personal best of 31:25.19.

“I was really excited about my PR, but I am 0.19 seconds off the Olympic standard so I have the U.S. trials standard by a minute, but I’m really close to that Olympic standard. So if I were to get top three and didn’t hit it in the trials, I would not get to go to the Olympics,” Morley said.

But what will happen Saturday is anyone’s guess. In a typical Olympic year, the 10,000 meters would be a field of the top track runners with a couple of people who tried to make the marathon team and are doubling back for another chance just months after.

Because the U.S. Olympic marathon trials were held before the COVID-19 shutdowns, those runners have had nearly a year and a half to redo their training if they want to make the team. Additionally, excessive forecasted temperatures in Eugene forced organizers to move the race from the evening to 10:00 a.m. which makes any predictions even tougher.

Morley has had to wait until the second to last day of competition while watching many friends compete from her home in Bozeman as the anticipation grew.

“There’s all these idols and heroes I’ve had that I’ll get to stand with so that’s super exciting,” Morley said.

NOTES: Toyota is sponsoring Good Luck Boulevard that athletes see in the staging areas before they compete. Fans can send good luck messages to athletes competing in the Olympic Trials at toyotagoodluckblvd.com. ... The television broadcast is scheduled to air live at 11:00 a.m. on the Olympic Channel/live stream or on NBC during the 8 p.m. broadcast.