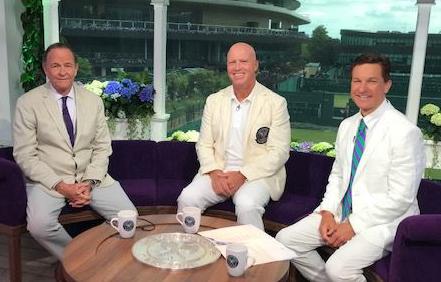 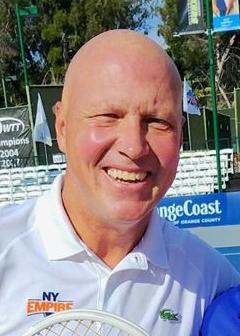 MISSOULA — Sports talk radio and television seem to get more saucy all the time on the national level.

Tune in on a Saturday morning and you’re more likely to get an hour on Antonio Brown's social media tiff with Baker Mayfield than a rundown of big college matchups. I miss the old days when Ray Scott used to give his game predictions and leave it at that.

Perhaps we shouldn’t be surprised with today's trend since network news has gone to a chicken-little, sky-is-always-falling format. That attracts attention, making it easier for national media outlets to lure advertisers, which is really what it's all about — the big buckaroos.

There's nothing wrong with TV sports commentators reporting the bad with the good, as long as they're not always focusing on scandals. Thankfully, there are still some experts with a heart.

ESPN tennis analyst Luke Jensen is one of the good guys, and we probably shouldn't be surprised. We're talking about a man that makes a point every October to fly to Missoula to support needy kids in the Watson Children's Shelter Tennis Pro-Am at the Peak Racquet Club.

With any luck, the annual event will surpass a half million dollars in total earnings this year.

"Of all the charities I do, it's the one I'm most connected with," said Jensen, who won a French Open doubles title with his brother in 1993. "You see the kids and how each dollar positively impacts what they're doing there.

"That's not of their choosing to be there. It's a really tough situation. When we interact with the kids and see the people working to give them a safe haven, you feel you're making a difference."

Jensen could have gone a number of different ways when he broke into tennis broadcasting 25 years ago. Scandalous stories and rumors are popular no matter what the sport and Jensen's place in the inner circle of tennis gives him access to all kinds of dish.

He never used it.

"The destructive nature of the game, it's so tough already," he offered. "Somebody is always trying to beat you.

"Then with the social media platforms, the reason there really hasn't been a dominant player on the women's side is social media is always giving you feedback, positive and negative. These young kids, they read every post, every Tweet about them. And a lot of it is cyber-bullying."

Much like his playing days, Jensen uses hustle and competitive grit to separate himself as a TV analyst. He likes to be the first to arrive at a tournament and the last to leave.

"What can I do to develop an angle and tell a story someone isn't telling? That's what I always ask myself," Jensen said. "I constantly see ways I can improve. I want to be interesting."

"I gave them a reason, because he has a really good record against top-10 players in majors," Jensen said. "He's beaten the big three and he likes the big stage.

"It got traction and a polarizing reaction. If I say Federer, no one reacts to that. Predictions don't always come true but I judge myself on whether I'm interesting."

Jensen will always be a favorite for this sports columnist. Mostly because of the way he behaves when the camera is not on.

Thirteen years ago, when I moved my family to Missoula, he put on a tennis clinic that my son attended at Playfair Park. It was that awkward time when the Speltz clan was trying to adjust to its new surroundings.

Instead of merely giving my son a few pointers, he spotted me watching and asked if we'd be interested in playing the Jensens — Luke and his father, former New York Giants guard Howard Jensen — in a set of doubles.

That was a memorable day for the Speltz boys. And Reason No. 249 why we felt good about moving to this place that's truly amazing — even when it snows in September.