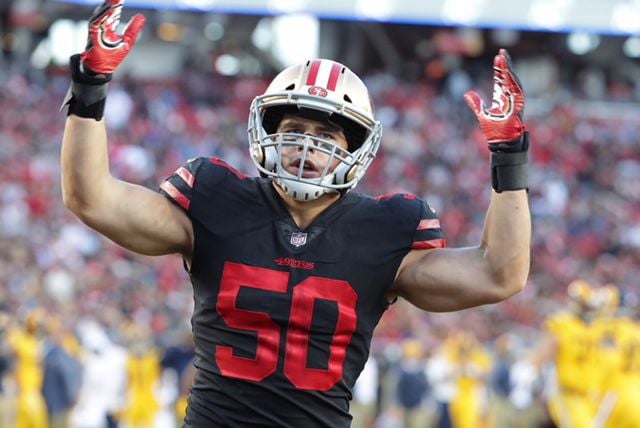 Former Montana Grizzly Brock Coyle earned a starting job at linebacker for the San Francisco 49ers in 2017, but suffered a career-ending injury during Week 1 of the 2018 season. He is tackling retirement the same way he did his football career. 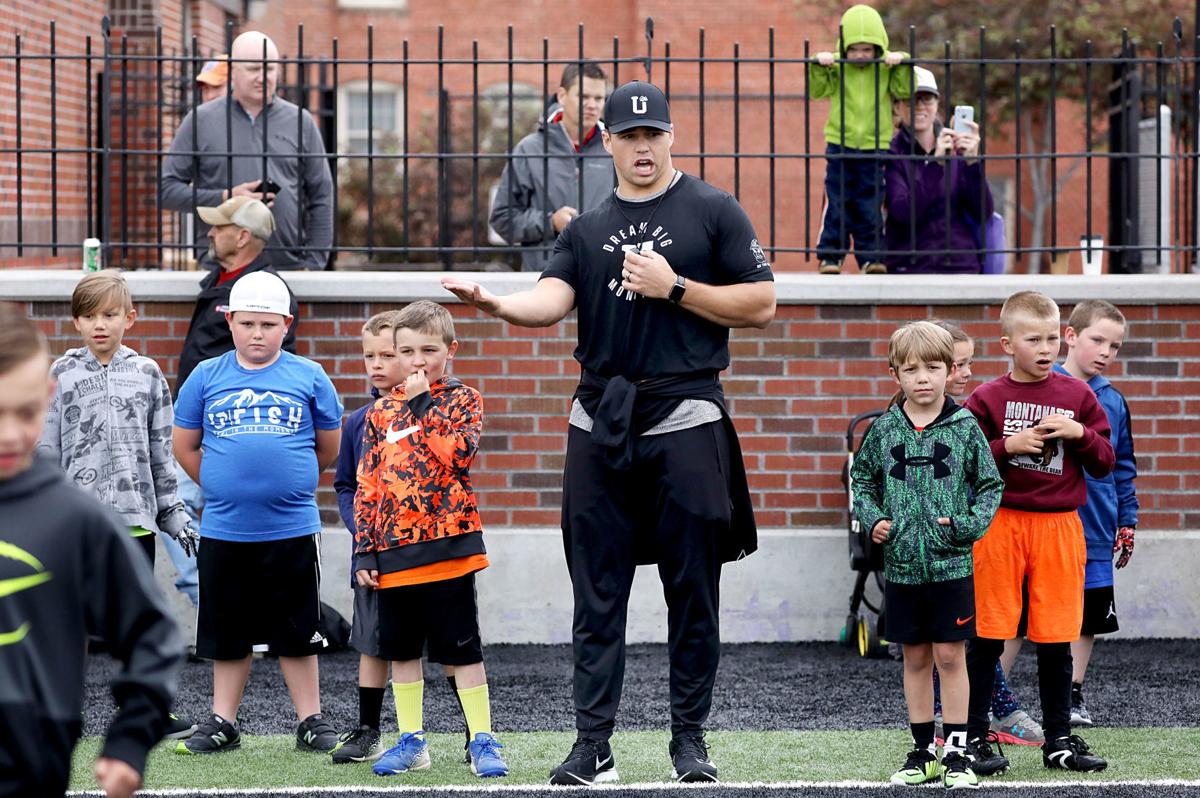 Brock Coyle, formerly of the San Francisco 49ers, guides a group of second graders through the ladder course during the 2018 Uptop Skills Camp put on by Colt Anderson for his annual "Dream Big Event" in Butte.

Former Montana Grizzly Brock Coyle earned a starting job at linebacker for the San Francisco 49ers in 2017, but suffered a career-ending injury during Week 1 of the 2018 season. He is tackling retirement the same way he did his football career.

Brock Coyle, formerly of the San Francisco 49ers, guides a group of second graders through the ladder course during the 2018 Uptop Skills Camp put on by Colt Anderson for his annual "Dream Big Event" in Butte.

MISSOULA — For the first time in 15 years, Brock Coyle will not be chasing down footballs during the dog days of summer.

His five-year NFL career came to an unceremonious end in March when he failed a physical while a member of the San Francisco 49ers. Six months earlier, the former Montana Grizzly linebacker suffered a T4 compression fracture in his back while playing against the Vikings.

He never saw the field again.

"Without getting into specifics, the game has left its mark on me," the 28-year-old Bozeman native told 406mtsports.com. "But I don't have any regrets. It made me who I am today and I'll always appreciate it.

"I won't miss August. But what I will miss and what I'm already missing is the connection with teammates and being around people that have the same goals as you. It's really rare to find that in life."

What makes Coyle different than a lot of ex-NFL players is the way he's attacking retirement. He's not going into coaching, at least not now. He has no immediate plans to become a sports broadcaster.

Coyle is taking his aggressive, ball-hawking style to Columbia Business School in New York. He is enrolled in an executive business education program.

"If business is the new competitive field I want to go into, I'm definitely going to apply everything I've learned in football to that same world," he offered. "That's how you have to approach it."

What Brock accomplished as an undrafted free agent is inspiring. He made a significant impact playing special teams and defense for the Seahawks and 49ers. He came one play from winning a Super Bowl ring four years ago when Seattle quarterback Russell Wilson threw a late interception near the goal line that still haunts Seahawks fans.

Someday Coyle, who started at linebacker for San Francisco in 2017, will tell his grandkids about the glory days. But first he'll emphasize the arduous journey. Because that's the stuff kids need to hear.

Life is not easy, nor is it fair. The guys that never give up are the ones that find greatness on the football field.

"I had a lot of doubters — a lot of adversity to overcome," he recalled. "Whether it was my senior year (at Montana) thinking I had the best season I could possibly have and then not getting first team all-conference, which was a dream of mine, or not getting drafted and just getting constantly told through the media or whatever that I wasn't good enough.

"I always believed in myself. And I proved all of them wrong through hard work. I can honestly say I never got cut. The only reason I got released was because I couldn't play football anymore."

That's hard to digest, having no control over a dream you've chased for two decades. Like a lot of his retired peers, Brock stops short of calling the NFL the greatest league. Yet he remains an ambassador for football.

"I wouldn't say I have a passion for it anymore, but I'll always have a love for it," he said. "And I'll always be involved somehow, whether that's just as a fan or a friend through former teammates."

Expect to see Coyle and his wife at Griz games this fall. Montana football coach Bobby Hauck is big on tradition, so it's a good bet Brock will find himself in front of this year's team at some point, along with a list of other ex-Griz that made it in the pros, including Chase Reynolds and Jordan Tripp.

It's important for this year's Grizzlies, who open camp Tuesday, to understand what's possible with hard work. And to know, especially in this day and age, that the risks of football are worth the reward.

"It's truly a sport that teaches you about life, the ultimate team sport," Coyle related. "It teaches you how to handle adversity.

"It's a game that gives you a lot if you work hard at it. But also you're going to have to sacrifice a lot if you want to play it."

That's a decision more and more athletes are wrestling with, in part because of the heightened awareness of the damaging effects of concussions. Someday Brock Coyle and his wife may have to make a tough decision about whether or not to allow their son to play football.

My guess is they'll say the same thing this sports columnist said to his son back when he was 7 years old:

Let's go throw the football around the yard.