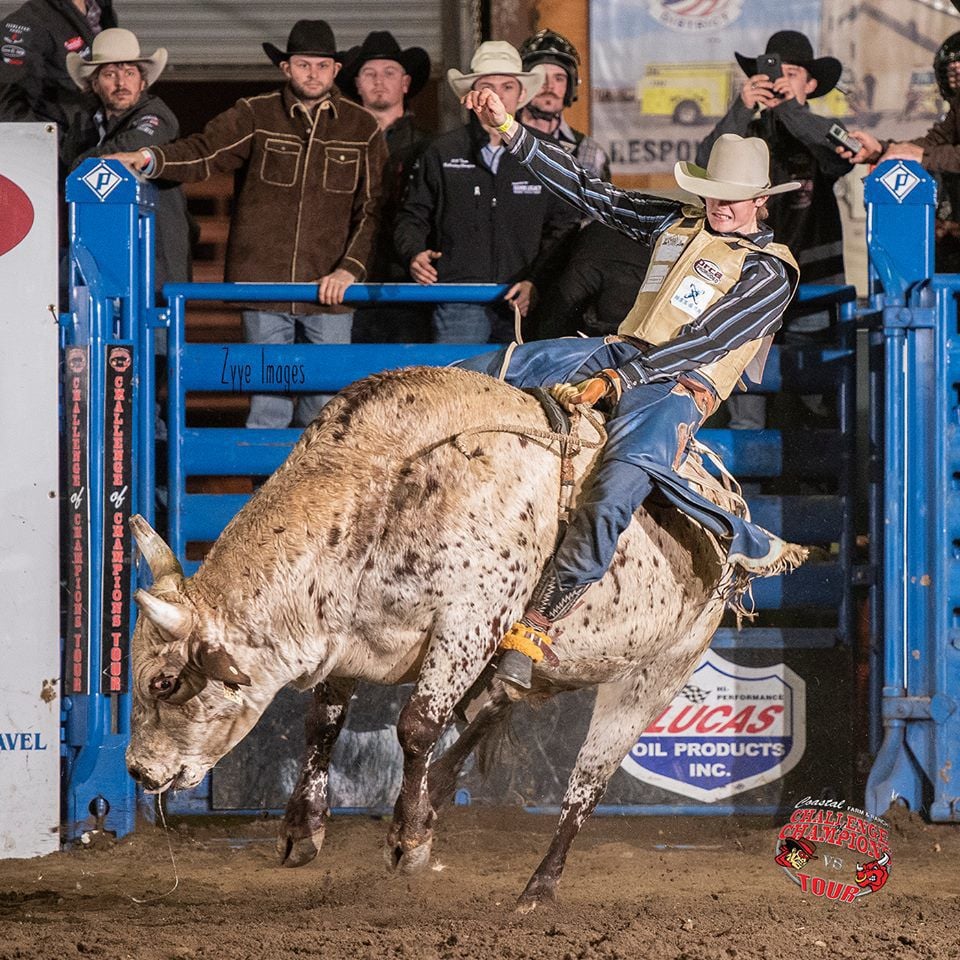 Payton Fitzpatrick of Polson will compete in the PRCA Xtreme Bulls competition on Wednesday and the Missoula Stampede rodeo on Thursday at the Missoula County Fairgrounds. In this photo from last winter, Fitzpatrick in shown holding on in an indoor bull riding event in Oregon. 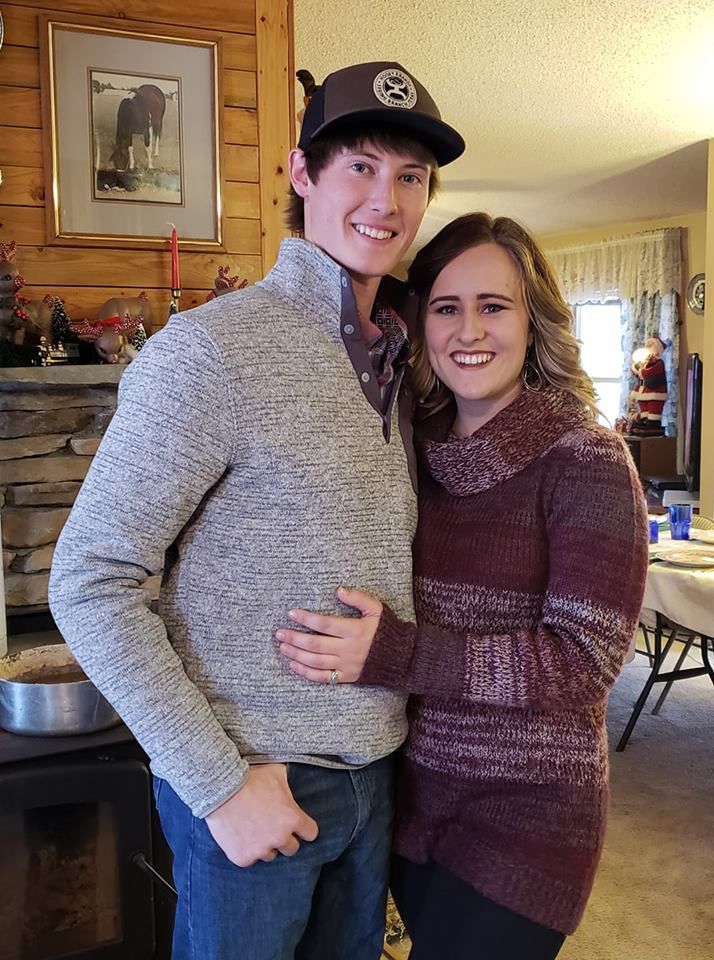 Payton Fitzpatrick of Polson will compete in the PRCA Xtreme Bulls competition on Wednesday and the Missoula Stampede rodeo on Thursday at the Missoula County Fairgrounds. In this photo from last winter, Fitzpatrick in shown holding on in an indoor bull riding event in Oregon.

It was late March and he had just separated his left shoulder trying to ride a bull in Fargo, North Dakota. He knew, from a bad experience earlier, that he needed to pop that thing back into place right away.

Trouble is, when you're a rodeo man like Fitzpatrick, folks at event venues are a little leery about popping things back into place. So you can either wait to get to the hospital, which he paid for dearly in 2016, or you can, to use a common expression in its loosest form, heal thyself.

"I might have been pitying on myself for a while, but then I got mad," the Polson cowboy said of his rotten luck as he drove from Fargo to a friend's place in Montana. "This is the only thing I know to do. I'd be a pretty sour individual if I didn't get to ride bulls."

Fitzpatrick has been rodeoing since he was a kid, so he can't imagine quitting. Yet it wasn't until that nasty night in 2016, when he separated his right shoulder and had to wait for hours before getting it popped into place in a hospital in Moses Lake, Washington, that he truly became serious about his sport.

"That tore up a whole summer," he recalled. "Surgery, went half stir crazy, half broke, laid up in a recliner. When I got out of that sling I hit the ground running."

Fitzpatrick has since become one of the best bull riders in the state. Last year he won a Northern Rodeo Association (NRA) championship and finished second on the Montana circuit behind Parker Breding.

In doing so, he earned a berth to the Ram National Circuit Finals last March in Florida. He gave that event a try along with a few professional rodeos in Texas and Arizona.

"I couldn't tell you what happened, but I didn't ride like myself," he lamented. "Maybe I had a bad stroke of luck. I really got my eyes open.

"I came back home where I know I'm confident."

Fitzpatrick returned to life as usual — or at least as usual as he could after his injury in Fargo. He got engaged to Katelynn Wagner in June. He stays busy working construction and in the colder months he works on a ranch.

All the while, he's thinking about that next rodeo. He's excited about the Missoula Stampede in early August and he'll be in Plains for a rodeo on Labor Day weekend. This blue-collar guy with creaky shoulders is not only back on his feet, he's currently second in the NRA and Montana circuit standings.

It's not everyone that will stick with a sport after experiencing so much pain and disappointment. It's admirable really. And inspiring.

Nothing embodies the hardscrabble life Montanans used to live 100 years ago quite like the plight of our modern-day rodeo cowboys.

"There are a lot of guys like me and I don't consider myself all that tough," Fitzpatrick offered. "But I do know guys that are tough and I enjoy being around them. That's why I like rodeo. I find common ground with people like that. It's a blast."

It's sort of funny, really. Fitzpatrick drives to rodeos with the bull-riding peers that have the best shot of keeping him from going back to Florida nationals. It's sort of like the Griz, Bobcats and Eastern Washington Eagles all traveling to the same football tournament together (if there were such thing).

"I couldn't ask for two better guys to be going with," the 24-year-old Fitzpatrick said of 28-year-old Gerald Eash and 23-year-old Cole Wagner. "We're really good about keeping each other motivated and keeping our spirits up and not getting down.

"That's hard to beat. It's plenty easy to get down on yourself in this sport."

It's plenty easy to get down on yourself in a lot of sports. And it's easy for a lot of us to quit once we get down.

Knowing what Fitzpatrick has endured and continues to push through to keep chasing his dream ... well let's just say it makes the athletic hurdles a lot of us face seem rather small in comparison.

So thanks, Payton. It's because of cowboys like you that rodeos continue to pack 'em in across the state of Montana.