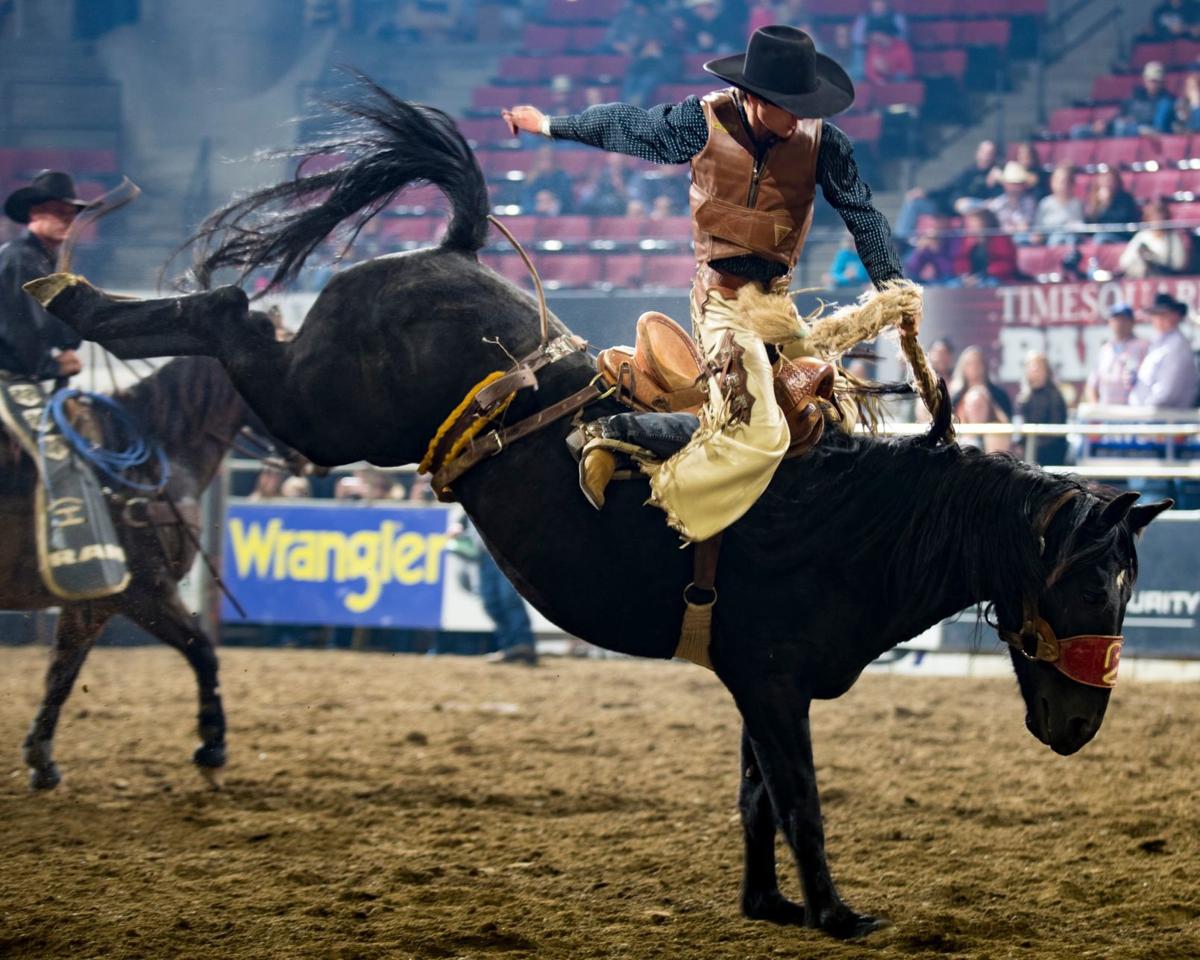 Orin Muri competes in the saddle bronc event during the NILE PRCA Rodeo at First Interstate Arena in Billings on Thursday, Oct. 17, 2019. 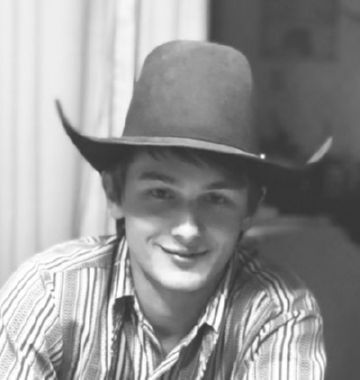 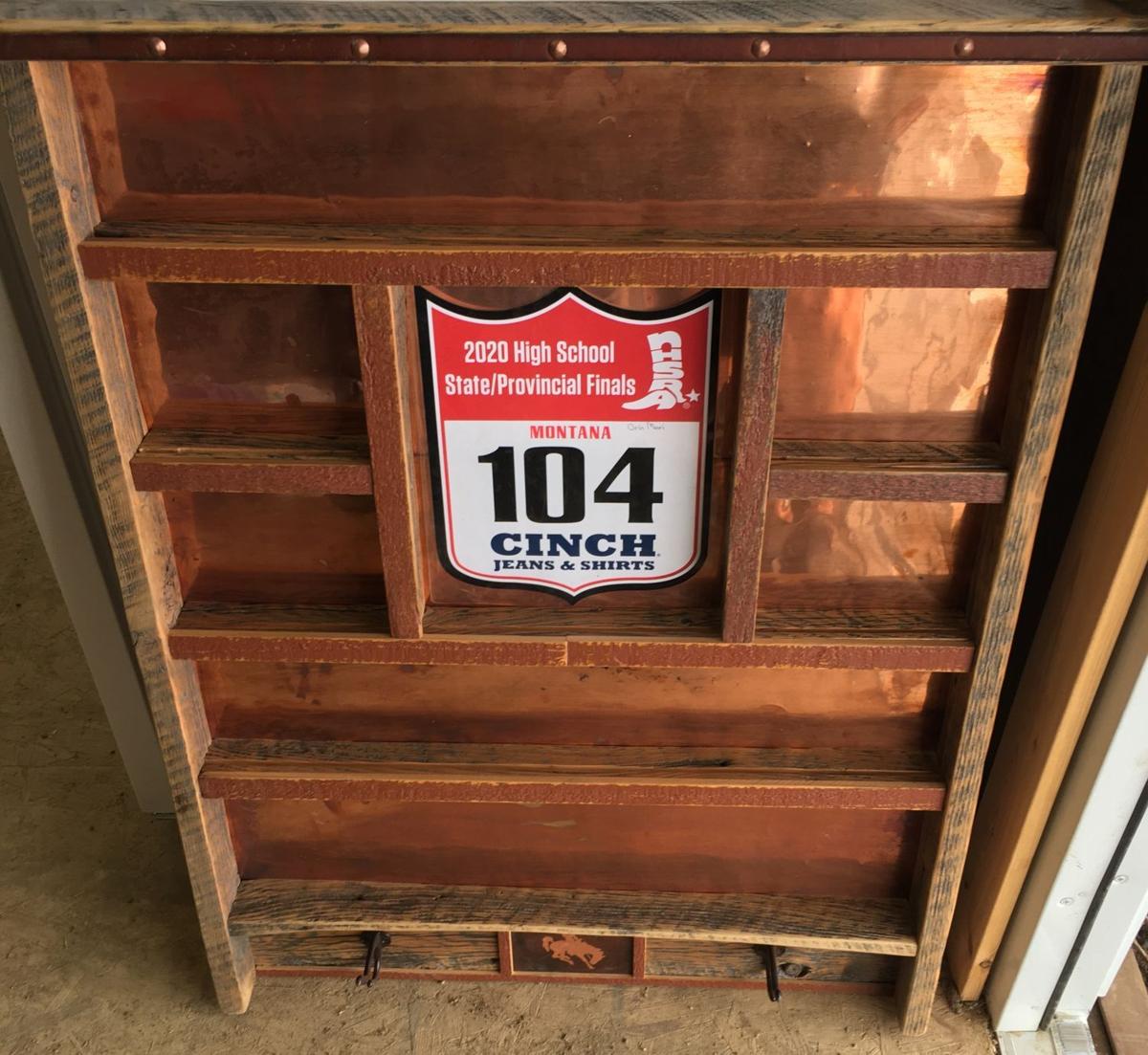 A display for Orin Muri's buckles was held by his family members during a ceremony for the late saddle bronc rider at the Montana High School Rodeo Association State Finals on Saturday at the Fallon County Fairgrounds in Baker. 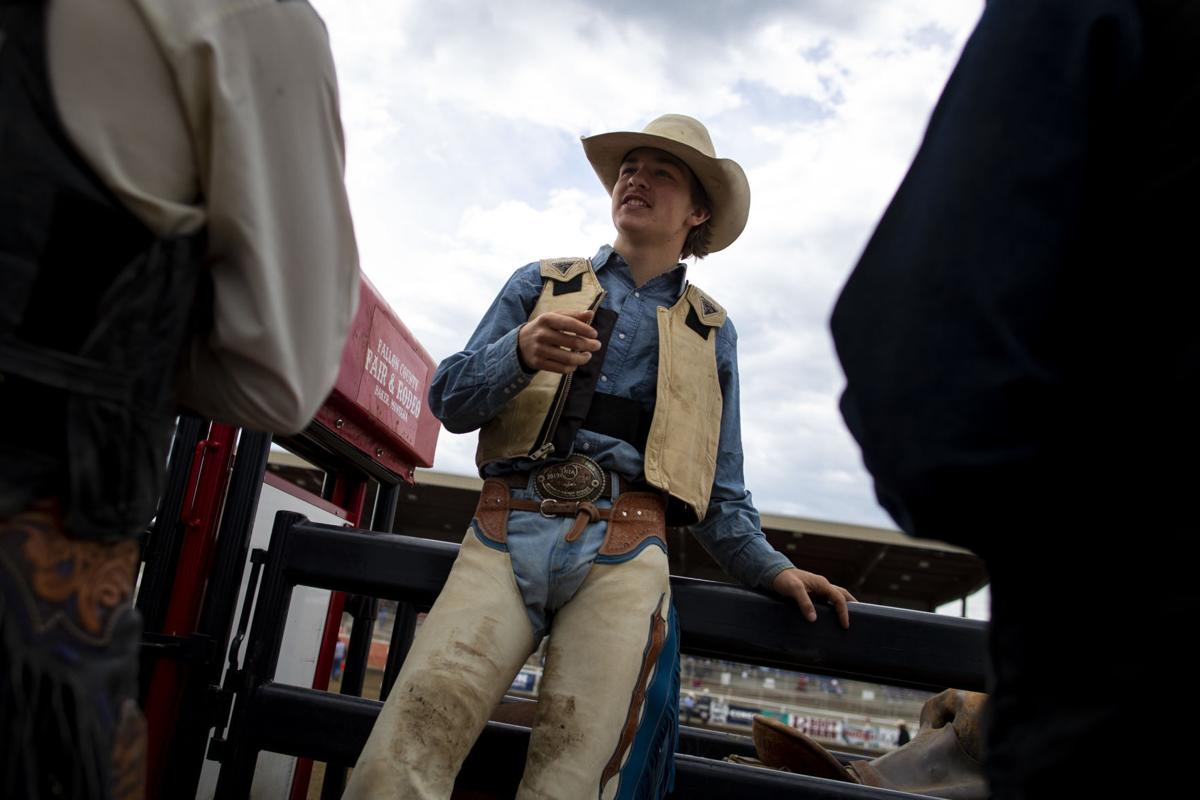 Gavin Nelson chats with his fellow competitors before riding in the saddle bronc event during the Montana High School Rodeo Association state championships at the Fallon County Fairgrounds in Baker on Saturday.

Orin Muri competes in the saddle bronc event during the NILE PRCA Rodeo at First Interstate Arena in Billings on Thursday, Oct. 17, 2019.

A display for Orin Muri's buckles was held by his family members during a ceremony for the late saddle bronc rider at the Montana High School Rodeo Association State Finals on Saturday at the Fallon County Fairgrounds in Baker.

BAKER — The final day of the Montana High School Rodeo Association State Finals featured a tribute to Orin Muri, a saddle bronc rider from Miles City who passed away just over a month ago.

Muri died in a car accident on April 29, a month and a half after he turned 18.

On Saturday, friends and family honored Muri on the Fallon County Fairgrounds dirt after the saddle bronc event ended. MHSRA student vice president Tori Yeager gave a speech while Muri’s parents held a display of their son’s buckles. The announcer then asked everyone to join in a moment that was silent except for one fitting noise: the bucking of a horse, Orin's Crossroads, which is named after Muri. Orin's Crossroads bucked for eight seconds with an empty saddle.

“It sucks being here right now. He deserves to be here,” said Judd Applegate, a saddle bronc rider from Deer Lodge who was one of Muri’s best friends. “Orin was different. He was going to be right there, better than us. It makes me mad that he doesn’t get that opportunity.”

The last time Applegate saw Muri was a couple months before Muri’s death. In most years, they would have crossed paths throughout March and April, but rodeo and life were ground to a halt by the coronavirus pandemic.

“It just sucks that I didn’t get to say that last goodbye,” Applegate said.

Another one of Muri’s best friends, Wibaux’s Gavin Nelson, stood on the dirt during Saturday’s remembrance. He finished third in saddle bronc behind Applegate and the champion, Garret Cunningham.

“Since he passed away, I’ve probably been riding the best of my life,” Nelson said. “He’s helping me, I suppose.”

Applegate and Nelson are confident Muri, who also wrestled, would have contended for this year’s saddle bronc title.

Of all the things Applegate and Nelson miss about their friend, his smile is near the top of the list. It matched his attitude. Muri would never get down after a bad ride, Applegate said, and he would always try to lift his friends up.

“He was just so confident and happy all the time that you had to be happy. He never let you be mad or sad,” Applegate said. “You just radiated off of him.”

Applegate is reminded of Muri whenever he drives through a town they once visited together. Applegate recently found Muri’s Miles City Livestock Commission notebook in a van they traveled in for rodeos, and the discovery tore him up.

Muri’s death has reminded Applegate not to take anything for granted. He tells Nelson how much he means to him whenever they see each other.

“After Orin passed, I called everyone I know,” Applegate said. “Someday, you’re not going to be able to call them and talk to them anymore.”

CORRECTION: A previous version of this story feature the incorrect name for the horse named after Muri. That error has been fixed.

After a coronavirus-delayed start to the season, Montana rodeo athletes enjoyed a state finals this weekend in Baker.