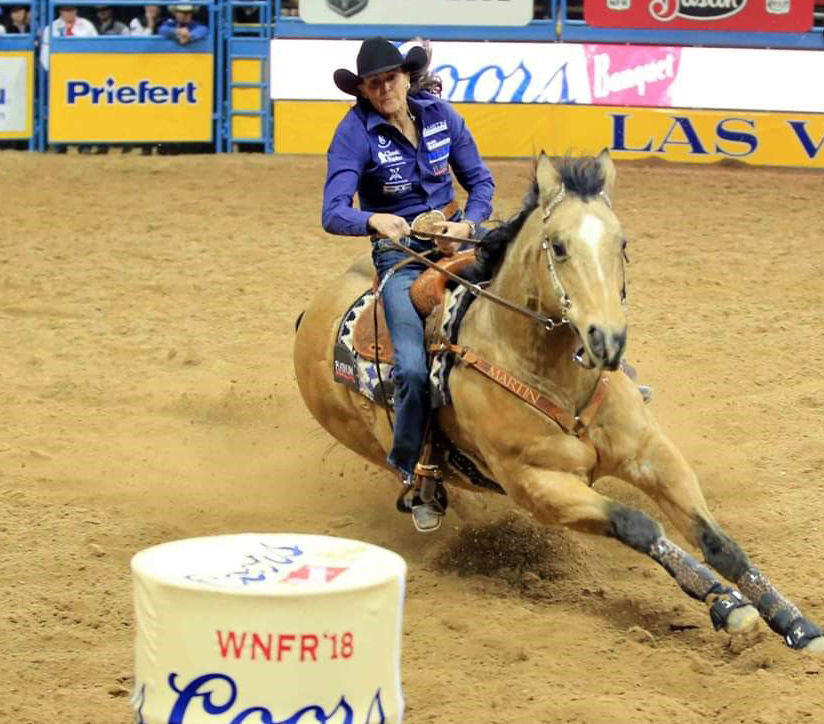 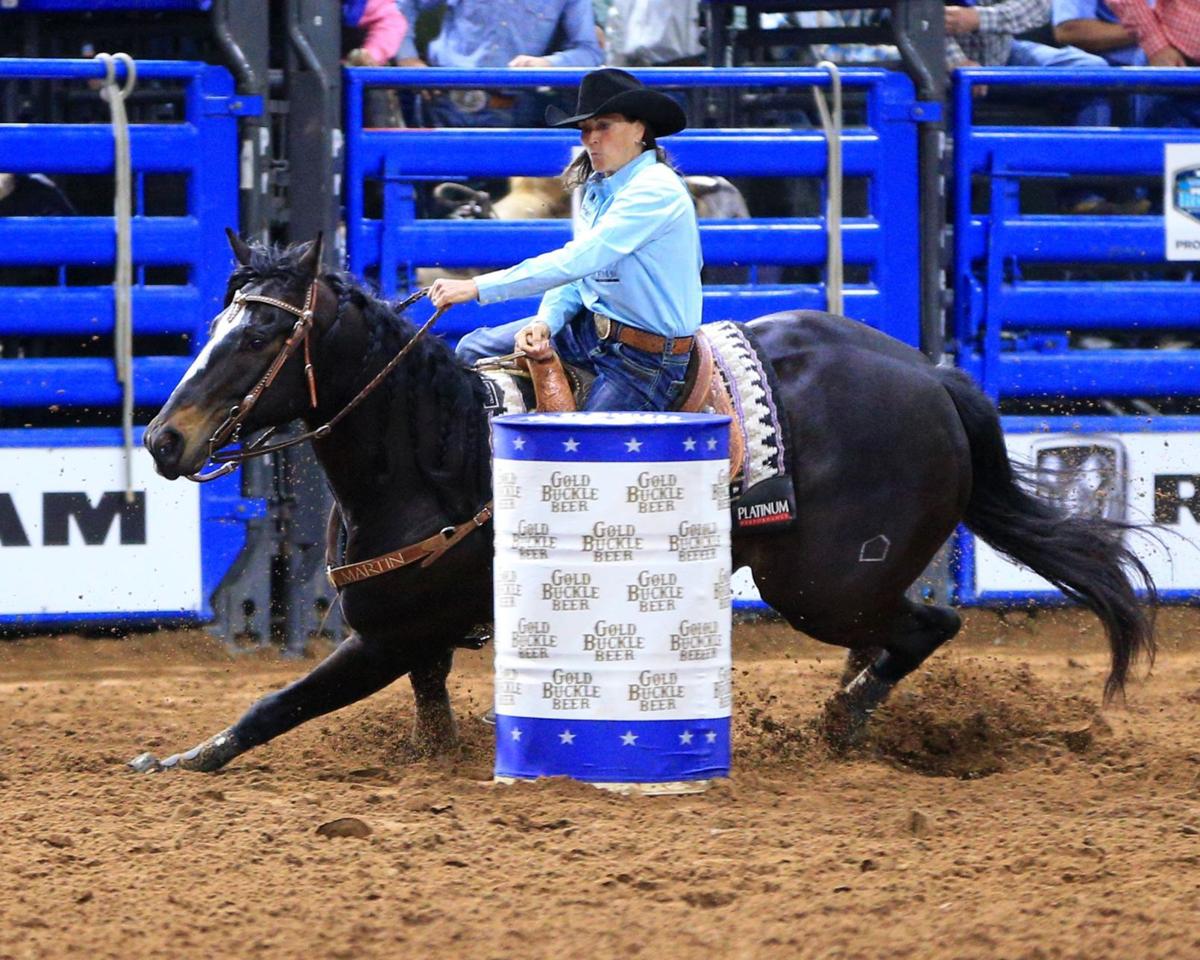 BILLINGS – Lisa Lockhart wasn’t exactly brimming with confidence as she guided her truck and horse trailer around the Calgary Stampede fairgrounds last week.

The South Dakota barrel racer was hauling her primary horses, Louie and Rosa, to compete in one of rodeo’s premier events.

The triumvirate had not done much racing in the spring with Louie recovering from a March injury in Houston, Rosa in a breeding program and Lockhart focusing on family as her children competed at rodeo events, including the South Dakota High School Finals and the College National Finals Rodeo in Casper, Wyoming.

Lockhart returned to the competitive arena with the horses a week before professional rodeo’s Cowboy Christmas and continued through the lucrative week without much success.

“To say the least,” she said of her confidence being wobbly with the Calgary Stampede beginning. “Like I told my husband (Grady), I felt totally unprepared.”

Six days later, with her sister Angie Lockwood by her side in the truck cab, Lockhart and her horses left Calgary early Sunday evening feeling a whole lot better.

The 12-time National Finals Rodeo qualifier edged reigning world champion Hailey Kinsel of Texas for the championship. Only .082 seconds separated the top three and three-tenths of a second the final four.

Lockhart and Louie competed in the first three performances of pool competition. The top four automatically advanced to Sunday’s Showdown round.

But Louie was just slightly off in the Calgary dirt, leaving Lockhart close to competing on Wild Card Saturday to advance.

“I thought he struggled with the ground, for whatever reason,” Lockhart told 406mtsports.com while driving Monday morning to compete in Cheyenne Frontier Days later in the afternoon. “He stumbled a bit. He just had his troubles. Hence, the decision to go with Rosa.

“You have to listen to what you’re horses are telling you.”

The horsewoman’s decision had her saddling up Rosa for the remainder of the event.

Lockhart and Rosa finished second in the final pool performance, giving them enough to edge Amberleigh Moore of Oregon in the tie-breaker.

Kinsel, the reigning world champion, had dominated the Pool B barrel racing, winning all four rounds, including an arena record. She also won Sunday’s first round and Lockhart was second.

“There was some amazing barrel racing for 10 days,” said Lockhart. “It was the talk of the Stampede. Hailey was on a roll. I didn’t have huge expectations. I was just thrilled to advance to the final four. But I knew what Rosa was capable of.”

“Oh my gosh, words can’t explain the experience. It was very emotional for me,” Lockhart said of the win.

According to a story on the WPRA website, Lockhart has qualified for Showdown Sunday eight consecutive years and the final four round four of the past five summers. She is also a four-time Canadian Pro Rodeo Association year-end champion.

“Oh, I don’t know,” said the Circle native, searching for reasons to explain her success north of the border. “I’m not very good with stats. I love big outdoor pens and my horses tend to like them, too.

“I do live in the Wild West … the wide-open spaces. Maybe that’s it,” she finished with a laugh.

Just competing in Calgary this year was an accomplishment.

“That’s one of the top things on my list every year,” Lockhart said.

She qualified by winning her first RAM National Circuit Finals Rodeo title in Kissimmee, Florida. It came aboard her third horse, Cutter.

“I had totally pulled the rabbit out of a hat to get to Calgary,” continued Lockhart. “In fact, that’s one of the first things I said, after I won. ‘I get to go to Calgary.' "

She said the big win will alter her remaining schedule for 2019. After competing in Cheyenne, Lockhart planned to return home to Oelrichs for a few days before going to Rock Springs, Wyoming, on Friday to watch son Thane compete in the second round of tie-down roping at the National High School Finals Rodeo.

And while home, she’ll add another decoration for the family living room. Each Calgary Stampede event winner also receives a bronze sculpture.

“It will be sitting in my living room with the other one. Now I have bookends,” said a happy Lockhart.

Lockhart wasn’t the only family member who was competing on Showdown Sunday at the Calgary Stampede.

Lockwood advanced by winning Pool A and $14,000. He opened Sunday with a 91.5-point ride for the top score among the final eight. Lockwood was bucked off in the final round.

Money won at the Calgary Stampede does not count in the PRCA standings.

BILLINGS — Lisa Lockhart views this as her last big run for the 2019 regular rodeo season.