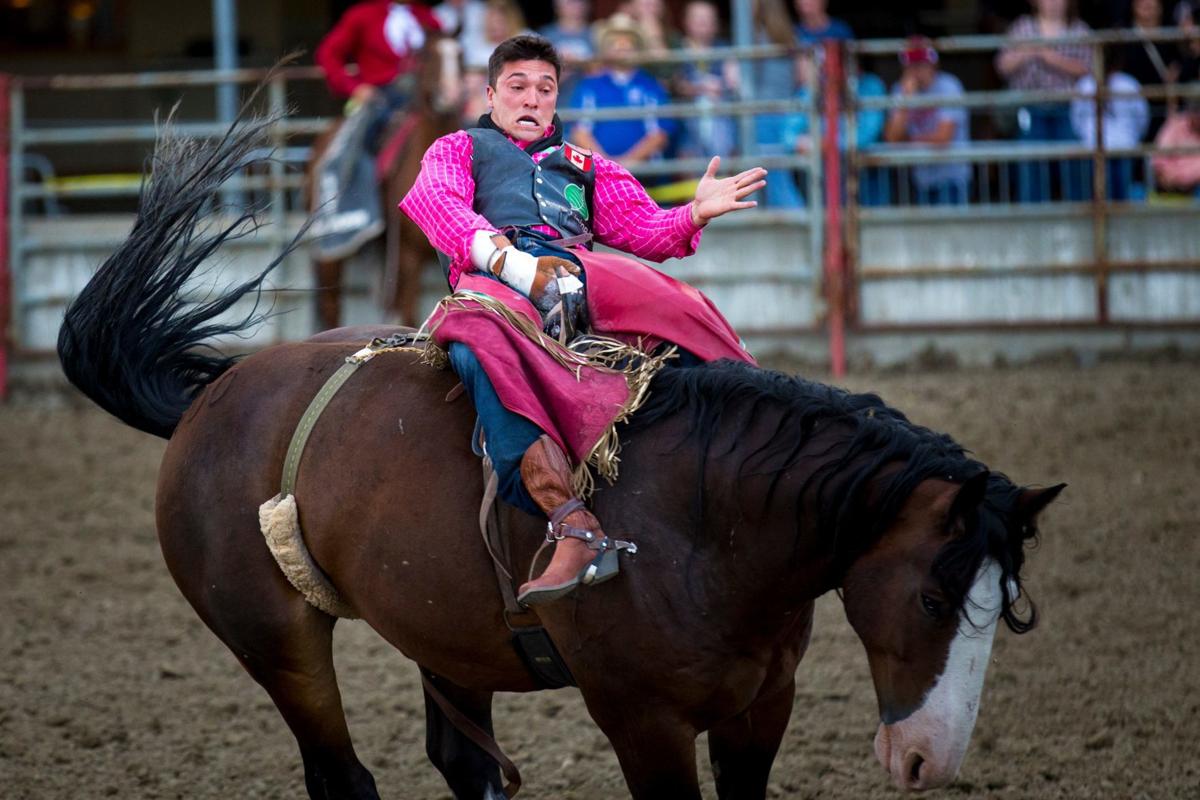 Caleb Bennett of Corvallis scores 82 points aboard Wild Sheep Thursday in the first performance of the PRCA Yellowstone River Round-Up. 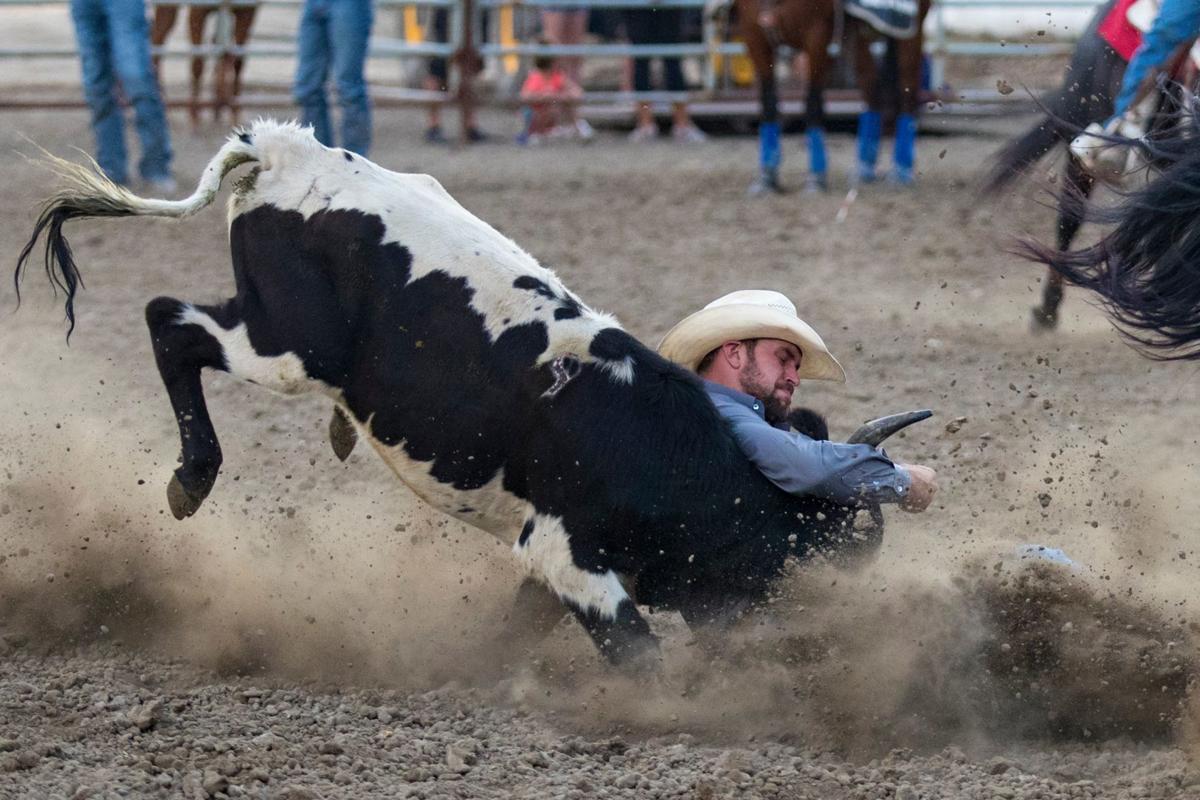 Caleb Bennett of Corvallis scores 82 points aboard Wild Sheep Thursday in the first performance of the PRCA Yellowstone River Round-Up.

BILLINGS — Lisa Lockhart views this as her last big run for the 2019 regular rodeo season.

The 12-time National Finals Rodeo qualifier had already competed in Aberdeen, South Dakota, Circle and Baker before coming to Billings Thursday night for the first performance for the PRCA Yellowstone River Round-Up.

She will finish her barrel racing week on Friday in Douglas, Wyoming.

“Circle, Baker, Billings, Douglas, it makes kind of a nice circle,” said the Circle native. “Then it’s on to other things.”

That includes hauling a load of stuff to Texas for her oldest son Thane who will begin attending Weatherford College. Then she’ll return home in Oelrichs, South Dakota, to focus her attention on daughter Alyssa who competes for Black Hills State and son Cade who plays football for Hot Springs High School.

But before she sets her horses loose in the pasture, “There’s a couple of circuit rodeos I’ll be going to,” Lockhart said, she is definitely finishing with a bang.

Lockhart opened the Yellowstone River Round-up with a swift time of 14.26 seconds to set the bar in barrel racing.

The rodeo, in front of the MetraPark grandstand, continues Friday and Saturday with 7 p.m. performances.

Lockhart was aboard Rosa, her 9-year-old buckskin mare. She had also ridden Rosa in Baker on Thursday morning and was tied for fourth after the slack performance.

Lockhart rode Cutter at Circle where was leading after slack. She is trying to win the McCone County rodeo a third straight year.

Lockhart cut back on her August schedule after winning the $100,000 round at the Calgary Stampede but made sure to compete in her home state again.

“Billings is a darn good rodeo. After being in Circle and Baker, I could swing by Billings, it’s on the way,” she said.

She added Douglas because it is co-sanctioned for the Badlands Circuit, where she is a tenuous 10th in the standings. Lockhart is the defending Badlands Circuit champion and won her first National Circuit Finals Rodeo title this past March in Kissimmee, Florida.

“Just because you’ve reached one goal, you attack the other goals you have set,” said Lockhart who is third in the WPRA world standings with $134,958 won and secured his 13th consecutive trip to Las Vegas this December. She also surpassed $2.5 in WPRA career earnings this summer.

“Every day has its little battles, you just have to pick your battles.”