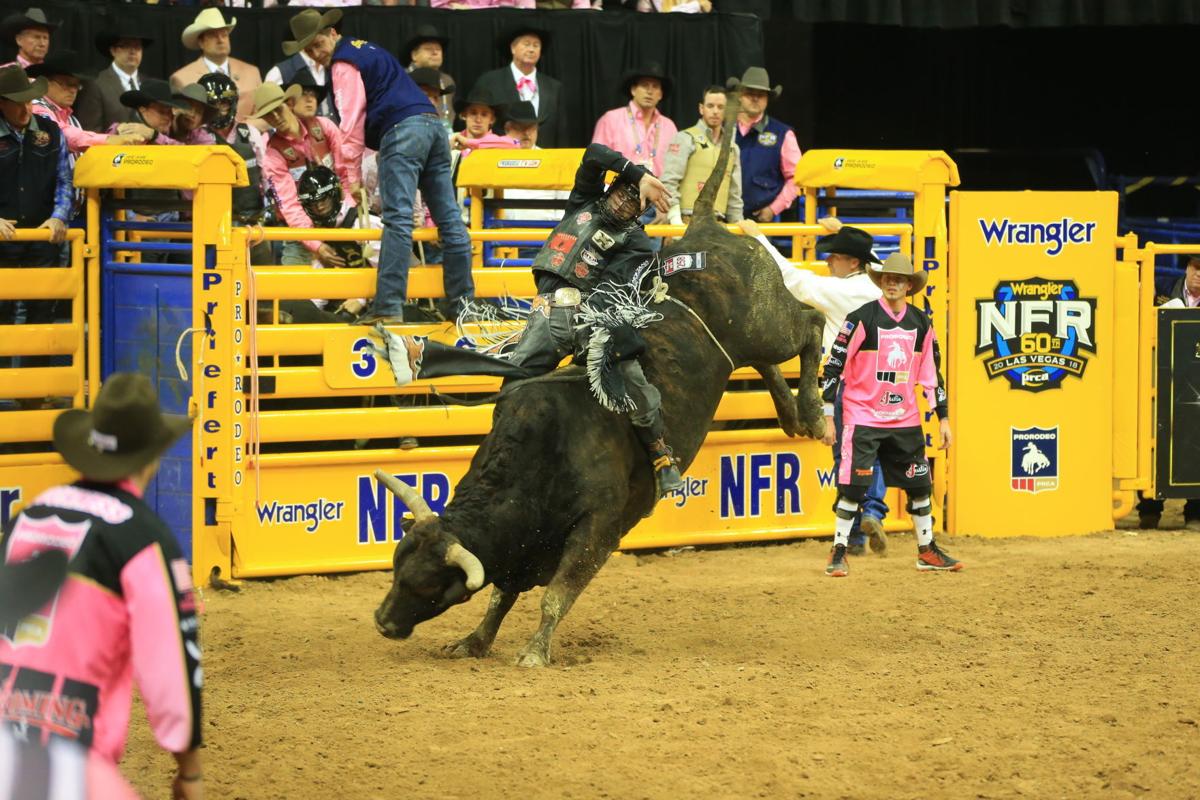 Bull rider Parker Breding, pictured competing in the fifth round of the 2018 National Finals Rodeo at the Thomas & Mack Center in Las Vegas, won the RAM National Circuit Finals Rodeo on Saturday in Kissimmee, Florida. 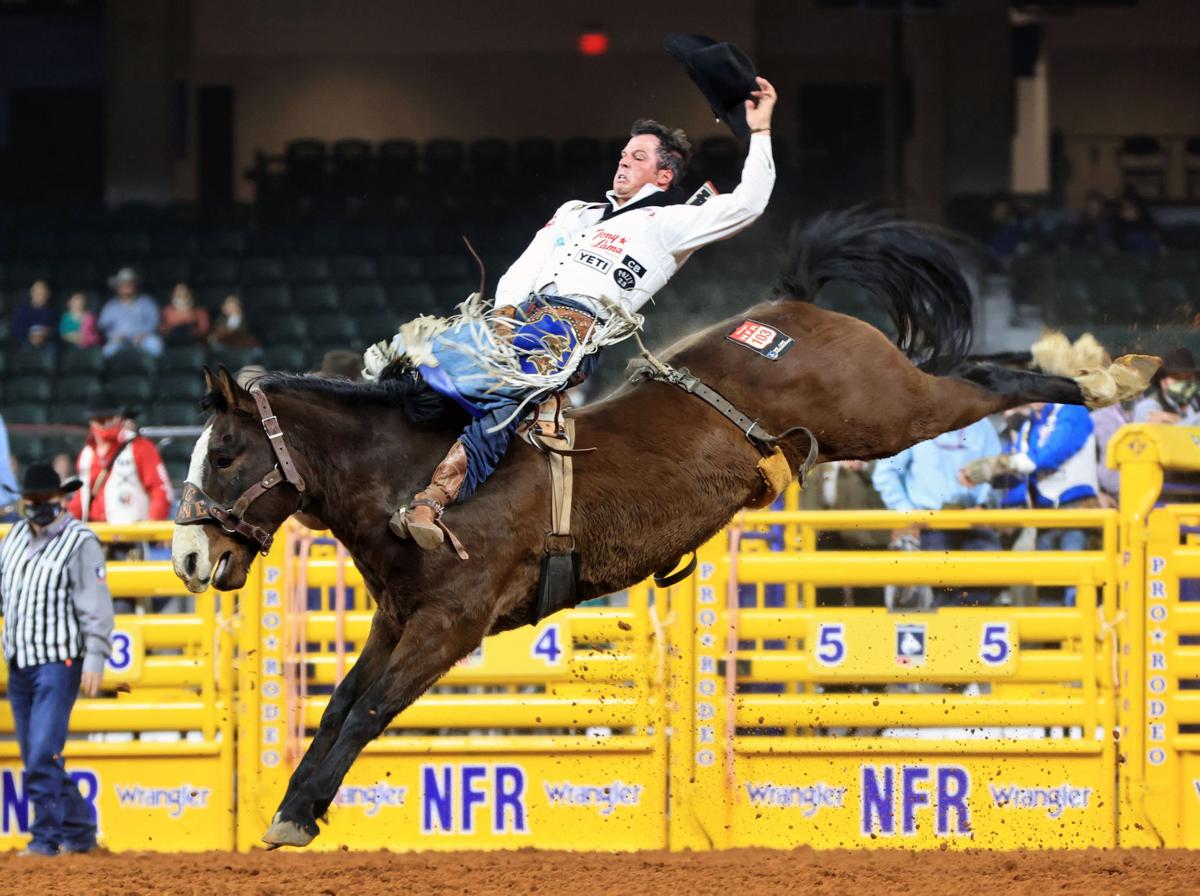 Bull rider Parker Breding, pictured competing in the fifth round of the 2018 National Finals Rodeo at the Thomas & Mack Center in Las Vegas, won the RAM National Circuit Finals Rodeo on Saturday in Kissimmee, Florida.

A third cowboy who qualified for the national event through the Montana Pro Rodeo Circuit — Scott Guenthner of Provost, Alberta — was the champion in steer wrestling.

"That's really special to me," Breding told the PRCA about his four RAM NCFR championships. "I haven't done a whole lot of things any bigger than this. So far this rodeo kind of has been my small world title in a way. To be able to come here and get it done again is just amazing. I sure do love it here. They treat you really well, and this is one of my favorite rodeos by far."

Breding won the average title at the 42nd Annual Montana Pro Rodeo Circuit Finals in Kalispell in January. He also was the Montana circuit year-end champion with $14,470.04 in earnings for the 2020 season.

"I haven't won a whole lot since I won our Montana Circuit Finals Rodeo," Breding said in an article on the prorodeo.com website. "I needed to come here and win something, and it worked out better than I even expected in the finals. I just kept telling myself to nod my head and get out of the chute and just react to whatever the bull does, and that's exactly what I was able to do. It ended up being an awesome little bull. I was pretty dang excited when I made the whistle."

"When I won tonight, I felt like I was able to overcome some things," Breding said in the PRCA story. "I was frustrated with how I had been riding and the injuries I have gone through the past couple of years, and it has put me out of the running to be anywhere. The moment I hit the ground (in the finals), I was ecstatic."

The 28-year-old was third in the average after the second round with rides of 85.5 and 86 points.

Champion entered the RAM NCFR in fourth place in the world standings with $22,644.31 won.

"I didn't know a whole lot about that horse," Champion told the PRCA of Risky Mistress. "Tanner Aus had her at the Riggin Rally last week and she had stumbled, but he said she was really fun, and she was. It's amazing to win this rodeo. This is a saddle you want in your house and a buckle you want on your belt. I'm super grateful."

Champion finished second in the average at the MPRCF at Majestic Valley Arena in January and was the year-end champion for the Montana circuit with $14,922.17 in earnings.

Guenthner, 29, was the average champion in steer wrestling at the MPRCF and finished the season second in the standings with $9,382.53 won.

He scored a time of 3.6 seconds in the finals to secure the national championship in Florida.

According to story on prorodeo.com, Guenthner "had to balance time" between the United States and Canada last year due to the ongoing coronavirus pandemic and his season didn't really begin until July.

Guenthner, who won the weekly rodeo in Big Timber in September, finished last year in 34th in the world steer wrestling standings.

The PRCA reported it was the first time Guenthner won the title at the national circuit finals. He earned $16,805 at the event.

"This is a big deal, especially with this counting for the world standings," Guenthner told the PRCA.

Qualifiers for the rodeo were competing for $1 million in cash and prizes.

According to the schedule on the Montana Pro Rodeo website, the PRCA season in the Treasure State will begin in June.

Check out the final results.