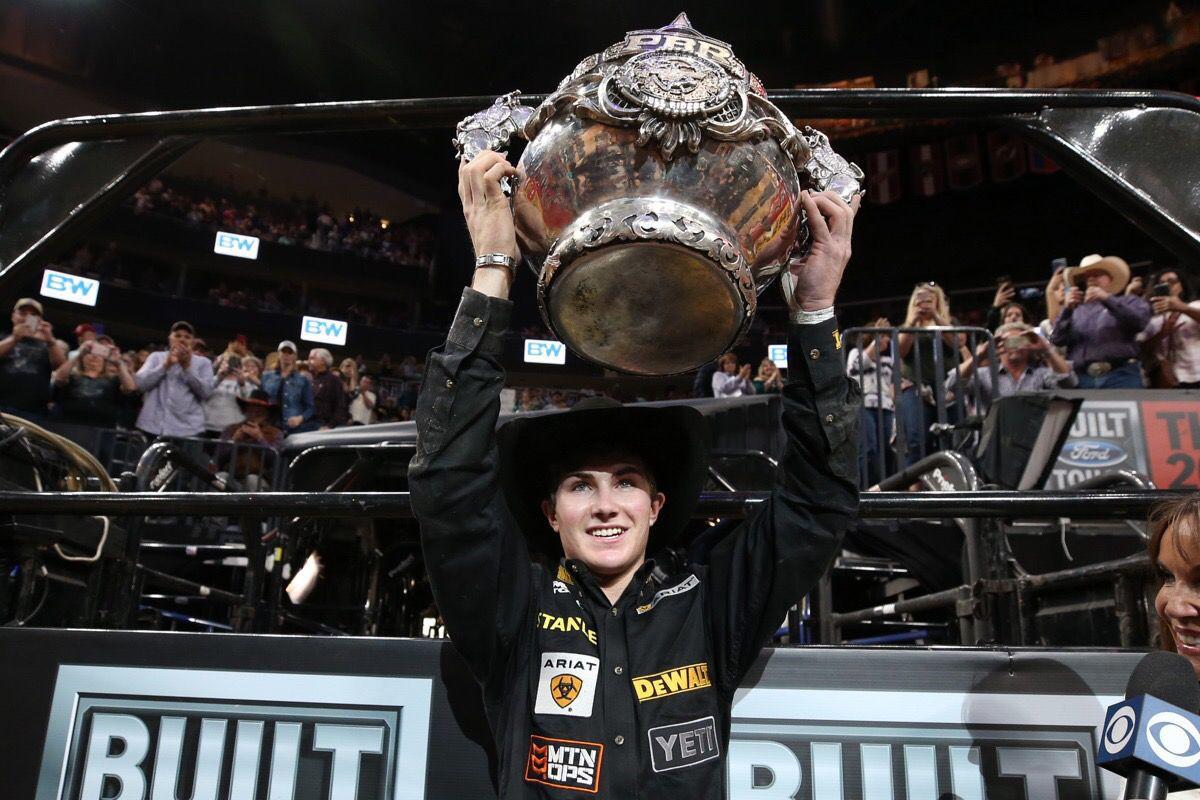 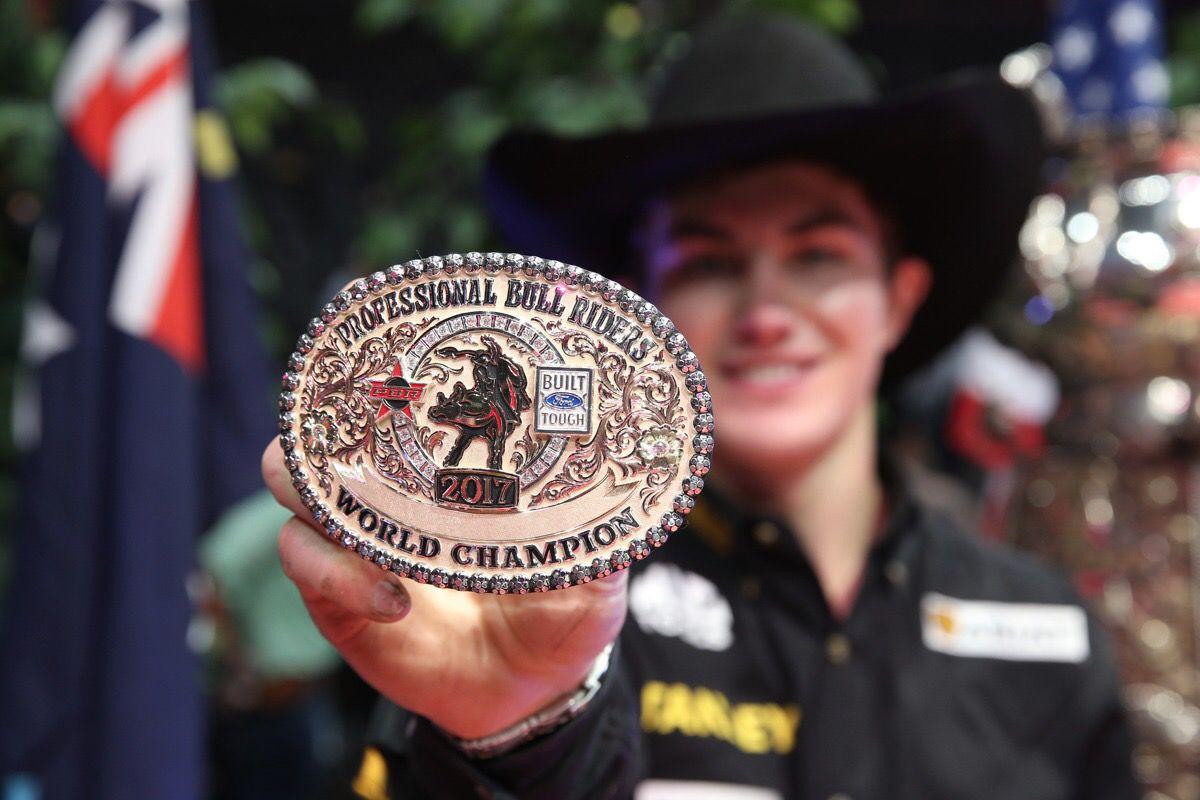 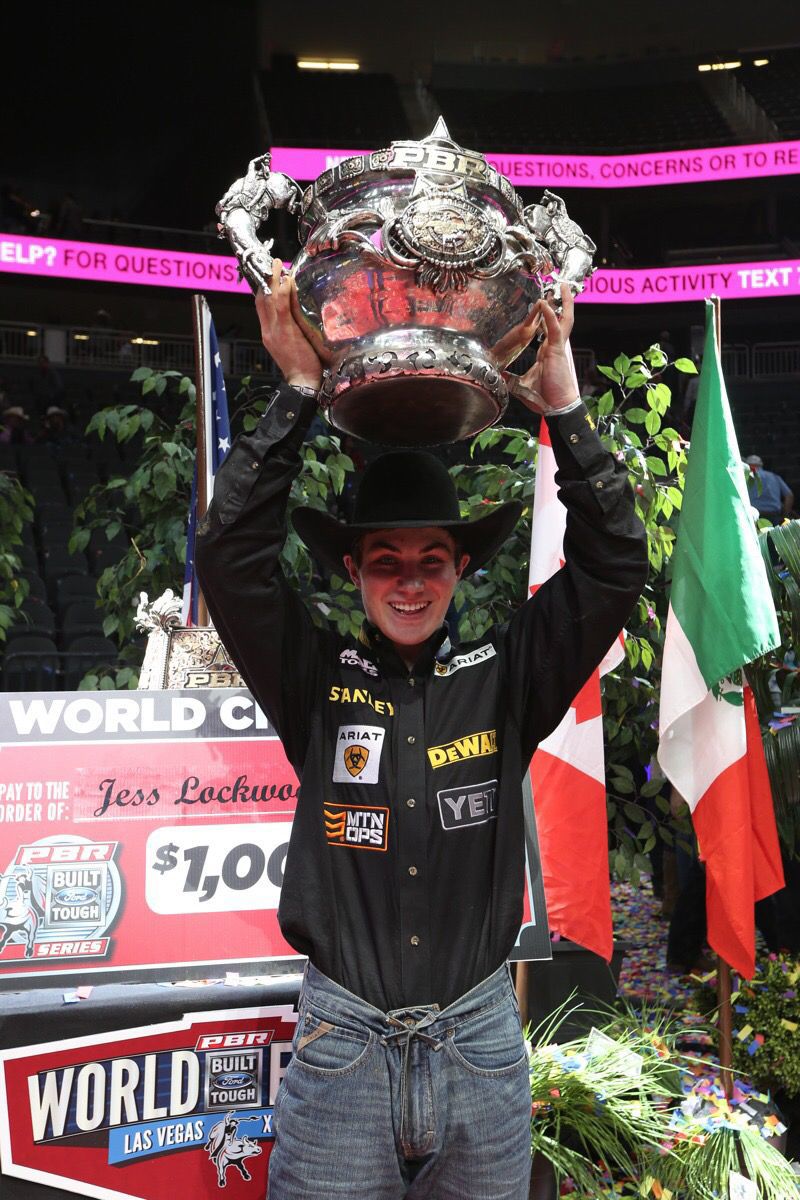 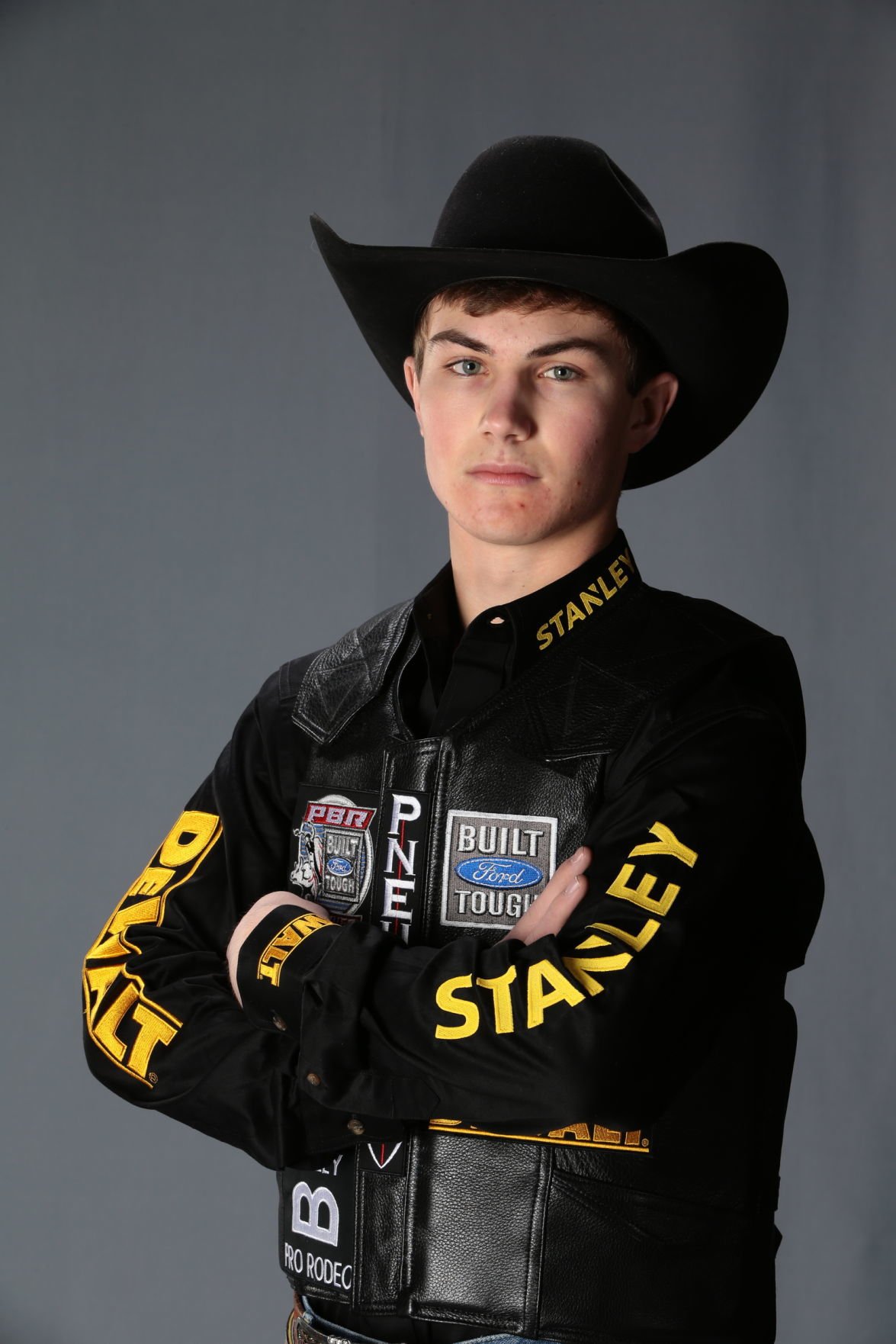 BILLINGS — As Jess Lockwood prepared for his final bull ride of 2017, Cody Lambert approached and tapped the young cowboy on the shoulder.

Lockwood secured the title when challengers Cooper Davis and Kaique Pacheco got bucked off in the final round.

But Lambert still had some words of advice for Lockwood before the Montana bull rider settled in the bucking chute at T-Mobile Arena in Las Vegas.

“Don’t get too comfortable,” warned the PBR livestock director and mentor. “You’ve got another bull to ride.”

Lockwood would, in fact, get on two more bulls.

But it didn’t matter.

The championship, the dream fulfilled, was his.

Riding a tsunami wave of momentum from the beginning of the event — Lockwood became the first competitor in PBR World Finals history to win the first three rounds — the 20-year-old Volborg cowboy also became the youngest world champion in PBR history.

“It hasn’t sunk in yet,” said Lockwood by phone, still celebrating with family and friends at the arena. “I can’t find words to describe it. I really don’t know what to say.

“I guess the next thing would be to go for a world championship every year.”

Lockwood earned a little more than $1.5 million for 2017, which included the $1 million bonus that is awarded to the year-end champion. He is the first bull rider from Montana to win a PBR world title. Lockwood was the PBR Rookie of the Year in 2016.

SweetPro’s Bruiser made it a clean sweep, earning PBR Bull of the Year a second straight season. The bull owned by D & H Cattle, which partners with Powder River Rodeo, was also selected the PRCA Bull of the Year for 2017.

Lockwood missed five weeks of the spring season because of a torn groin, but regained his riding form and confidence with a sizzling summer that including three round wins at the Calgary Stampede.

“Summer was fun. It’s my favorite part of the year,” he said. “It’s hot and you get to hang out with your friends. It’s also gets you back to thinking why you started this, to have fun.”

He won Tulsa and Austin in the second half of the season, but also suffered a concussion and back spasms after being bucked off by SweetPro’s Bruiser. In late September, Lockwood suffered four broken ribs, a punctured lung and lacerated kidney in Uniondale, New York.

“Everything held,” he said. “I wrapped them (ribs) every night. You just have to tough through it.”

Lockwood got an early start in Las Vegas, riding three of four bulls at the Real Time Pain Relief Velocity Tour Finals held prior to the PBR World Finals.

“It was important to be at the Velocity Finals,” he said. “I got that confidence and it carried through the rest of the week.”

Lockwood regained the world standings lead last Thursday night after the second round of the PBR World Finals.

He entered the PBR World Finals fourth in the standings. Lockwood was able to hold off potential challenges by Kolbaba and Davis — two of his closest friends on the tour — in the final three rounds.

“I really don’t pay attention that much to what the other guys are doing,” Lockwood, whose father Ed pulled his bull rope all six rounds, said. “It all comes down to your bull riding and how you do.”

He got bucked off by the bull Short Night in 7.88 seconds in the championship round, but hit the challenge buzzer. The judges awarded him a re-ride.

“The judges must have felt sorry for me,” Lockwood said with a touch of humor. “I certainly didn’t deserve a score or the re-ride.”

He was tossed by Mystical on his final ride of 2017.

Lockwood is scheduled to compete this coming weekend at the PBR’s Global Cup in Edmonton, Alberta, Canada.

“I’m pretty beat up,” he admitted. “I’ll decide that later in the week. I just want to get home and relax.”

And, like last year, Lockwood already has plans for his new winnings.

We're looking back at our most-read stories from 2017. Today we have numbers 1-5 where tragedy and triumph led.

Jess Lockwood is 406mtsports.com and Billings Gazette Sportsperson of the Year

BILLINGS — Jess Lockwood left no doubts on his plans for 2018.