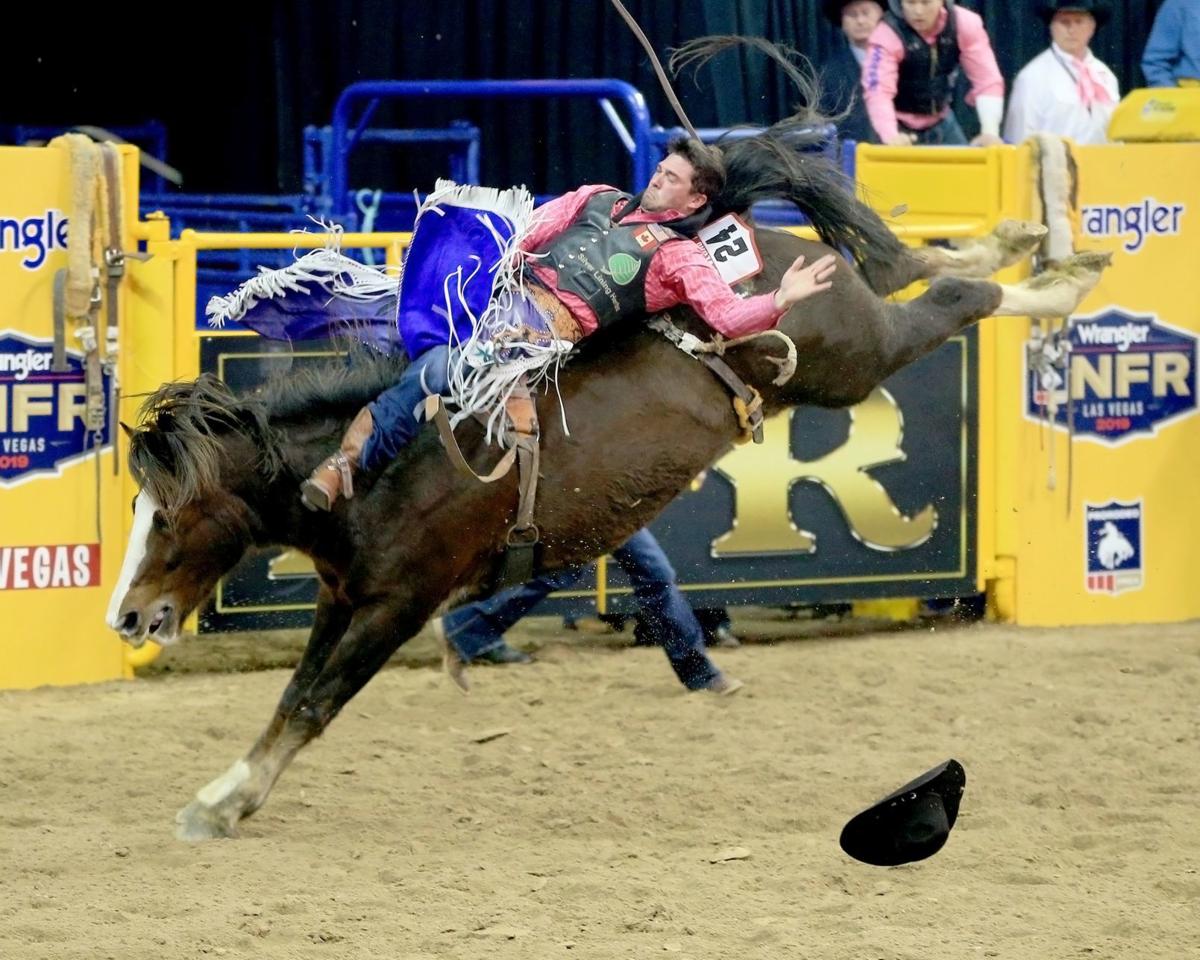 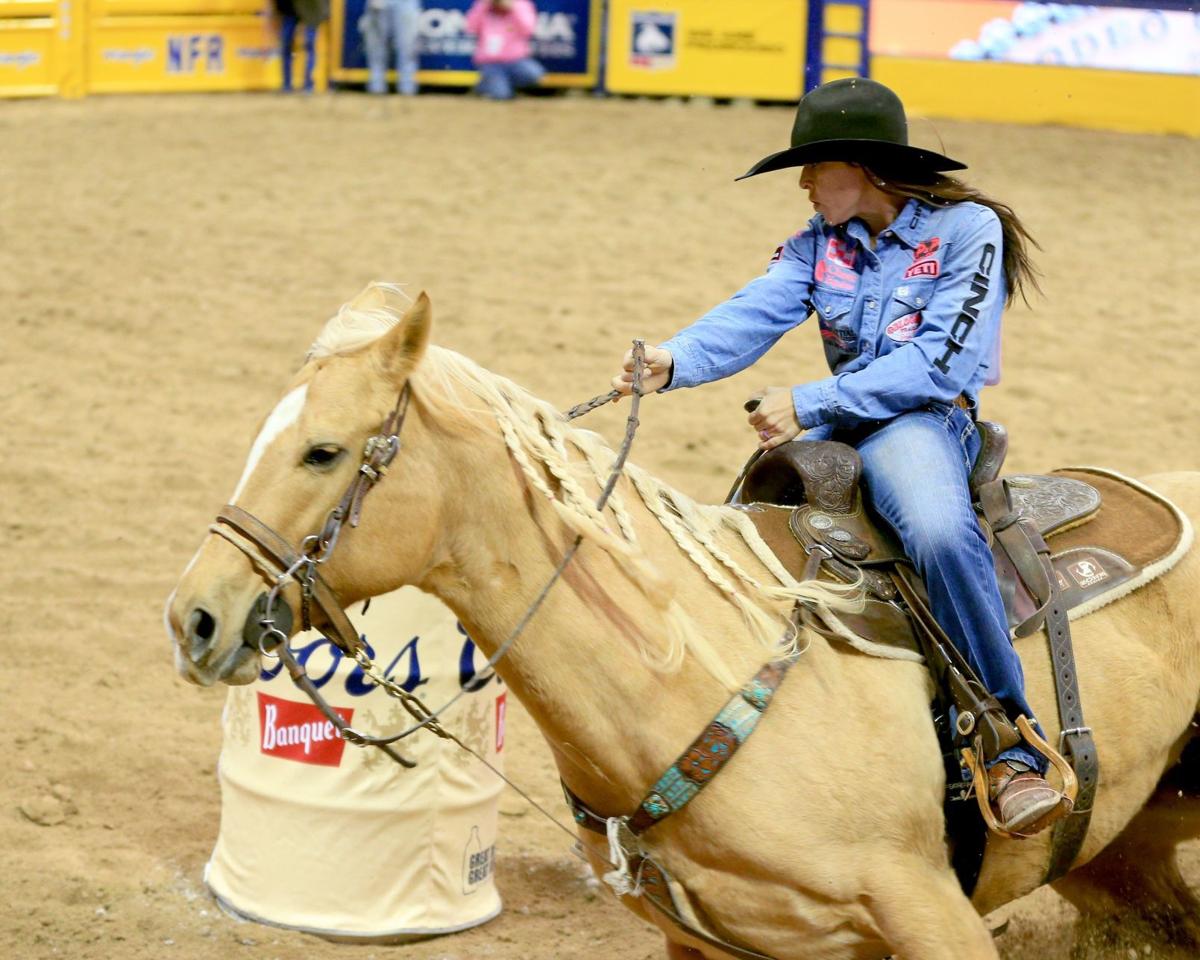 Hailey Kinsel Lockwood finished fourth in barrel racing Monday at the NFR. She ranks second in the world standings.

Hailey Kinsel Lockwood finished fourth in barrel racing Monday at the NFR. She ranks second in the world standings.

Caleb Bennett of Corvallis was fourth and recent Stevensville transplant Richmond Champion was sixth in the fifth round of the NFR, which concludes Dec. 14. Bennett scored a 90 aboard Stevie Knicks and Champion fashioned an 89 on Top Flight.

Hailey Kinsel Lockwood, who is from Cotulla, Texas, but recently married bull riding champion Jess Lockwood of Volborg, also earned $11,000 with a 13.86 in barrel racing. She finished fourth and is second in the world standings behind Emily Miller.

In other events involving Montanans on Monday:

• Ty Erickson of Helena was seventh and Bridger Chambers of Butte 12th in steer wrestling. Erickson remains the leader in the world standings with $174,273, and Chambers is fifth.

• Chase Brooks of Deer Lodge was ninth in saddle bronc riding. He is sixth in the world standings.

• In team roping, Chase Tryan of Helena and partner Brenten Hall were sixth but still remain first in the average standings; they earned just over $4,000. Billings' Clay Tryan and partner Jake Long were eighth.

• In barrel racing, former Vida resident Lisa Lockhart was 14th. She is 11th in average and fourth in the world standings.