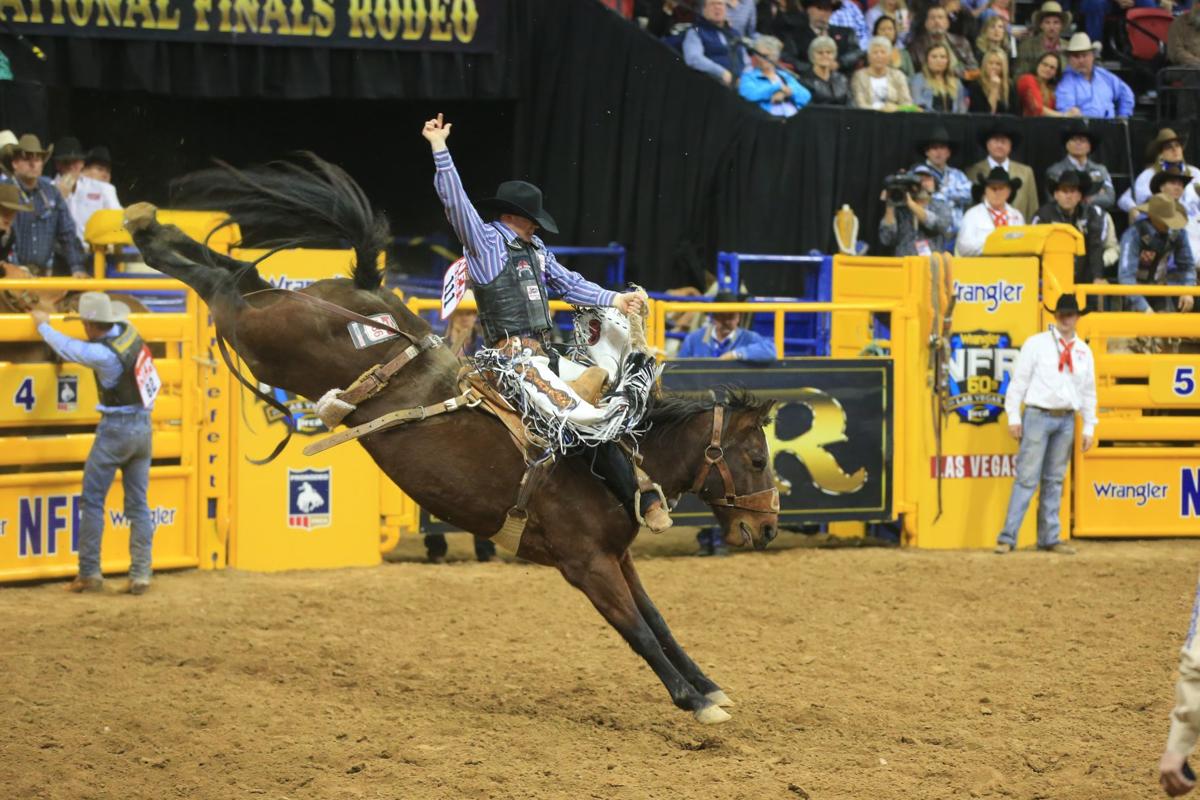 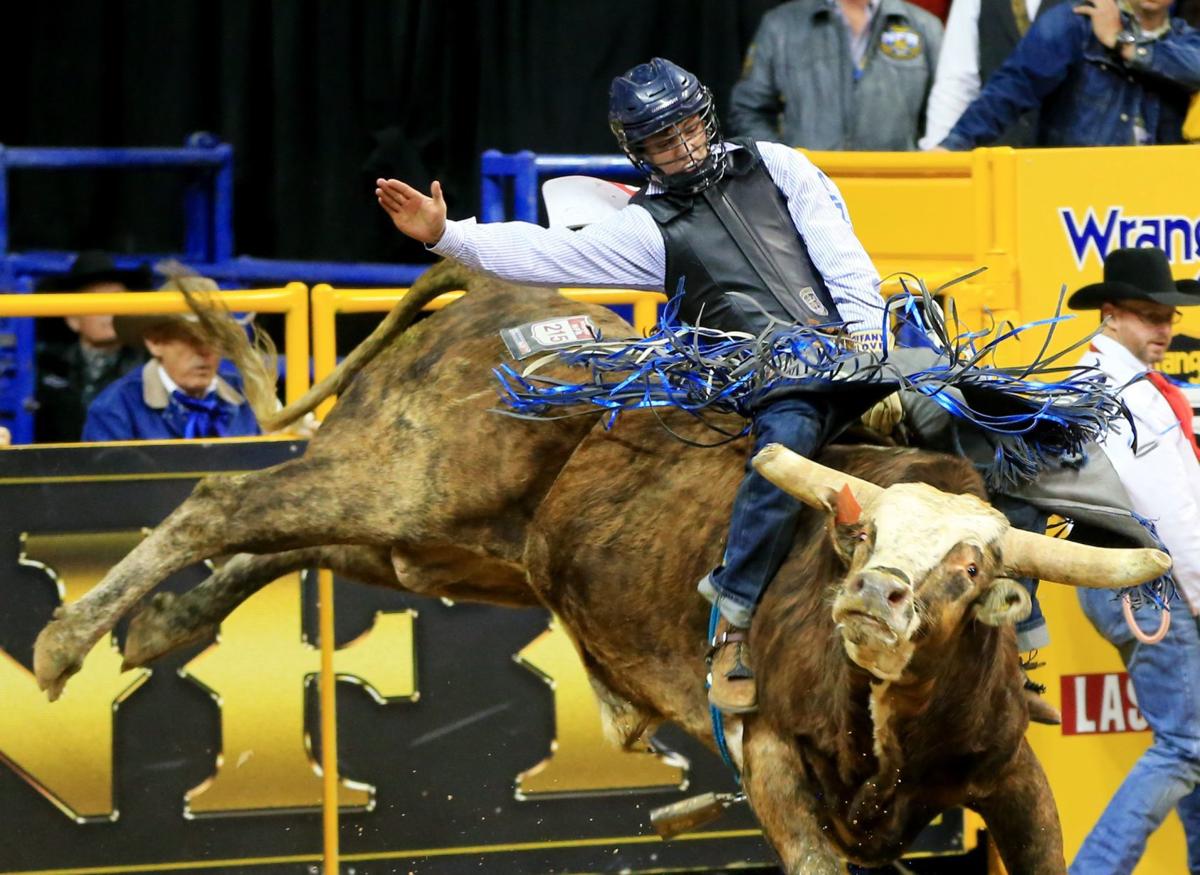 Chase Dougherty of Canby, Ore. scores 89.5 in the eighth round of the bull riding competition at the Wrangler National Finals Rodeo in Las Vegas, Nev.

LAS VEGAS — Chase Brooks and Chase Tryan understood their four-legged draws would do their jobs.

It would be up to the two-legged competitors to do theirs.

Both Montana cowboys delivered gold buckle performances during the eighth round of the National Finals Rodeo Thursday night.

Two rounds remain in the $10 million rodeo which will determine the 2018 world champions.

Brooks, of Deer Lodge, posted his second 90-point ride in as many nights to share first place in saddle bronc riding with Rusty Wright, while Tryan and partner Bubba Buckaloo put up a time of 3.6 seconds to win the team roping.

The 3.6 seconds is the fastest run at the NFR and one tick off the eighth-round record of 3.5 set by Travis Tryan (Chase’s cousin) and Cory Petska in 2008.

It was the second consecutive performance that Brooks shared first place in saddle bronc riding.

Brooks, competing at his first NFR, drew Bartender, a Dakota Rodeo horse he had seen plenty all year but had never ridden.

“I saw people winning money on that horse all year,” Brooks said. “I always thought I would like to draw that son of a gun. I was really happy when I saw the draw. It worked out perfectly.”

Brooks has earned $46,980 in his last 16 seconds of riding at The Thomas and Mack Center. He’s earned $96,500 through the first eight rounds — more than doubling his 2018 earnings — and has climbed from 15th to seventh in the world standings. The back-to-back 90-point rides, the first of his career, has also lifted him to eighth in the average.

“It’s kind of scary on how well it’s going,” Brooks said. “I knew I was ready for this, but I didn’t think I was this ready.”

Tryan, of Helena, and Buckaloo, of Kingston, Oklahoma, rebounded from a no-time on Wednesday night.

“I did so bad last night,” said a constantly smiling Tryan, competing at his second NFR. “It still bothers me. I wasn’t able to let it go. But this makes me feel a whole lot better.”

It was the fourth NFR check for the pair who had four days of practice together in Texas before roping in Las Vegas.

“We knew we had a really good steer,” Tryan continued. “They were 4.1 on him earlier in the week and 3.6 with a plus-five penalty. We knew it was the best chance to make money.”

Butte steer wrestler Bridger Chambers placed second with a time of 3.8 seconds for $20,730. Chambers is third in the high-paying average and sixth in the world standings.

“Just keep going at them,” Chambers said of his game plan for the final rounds.

Ty Erickson of Helena was 4.5 seconds in steer wrestling but did not place.