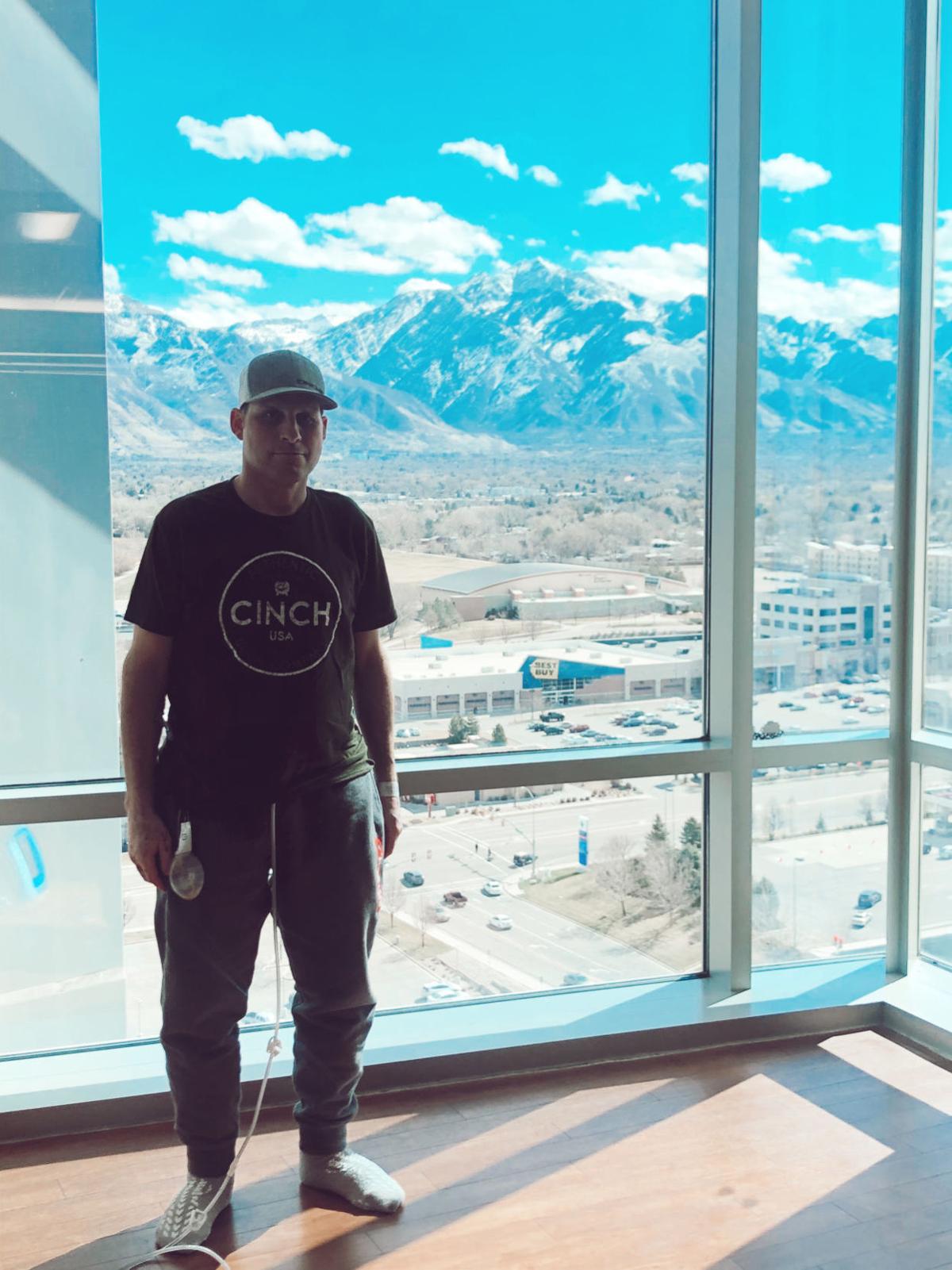 Jessy Davis poses for a photo at Intermountain Medical Center in Murray, Utah, after undergoing liver surgery in February. 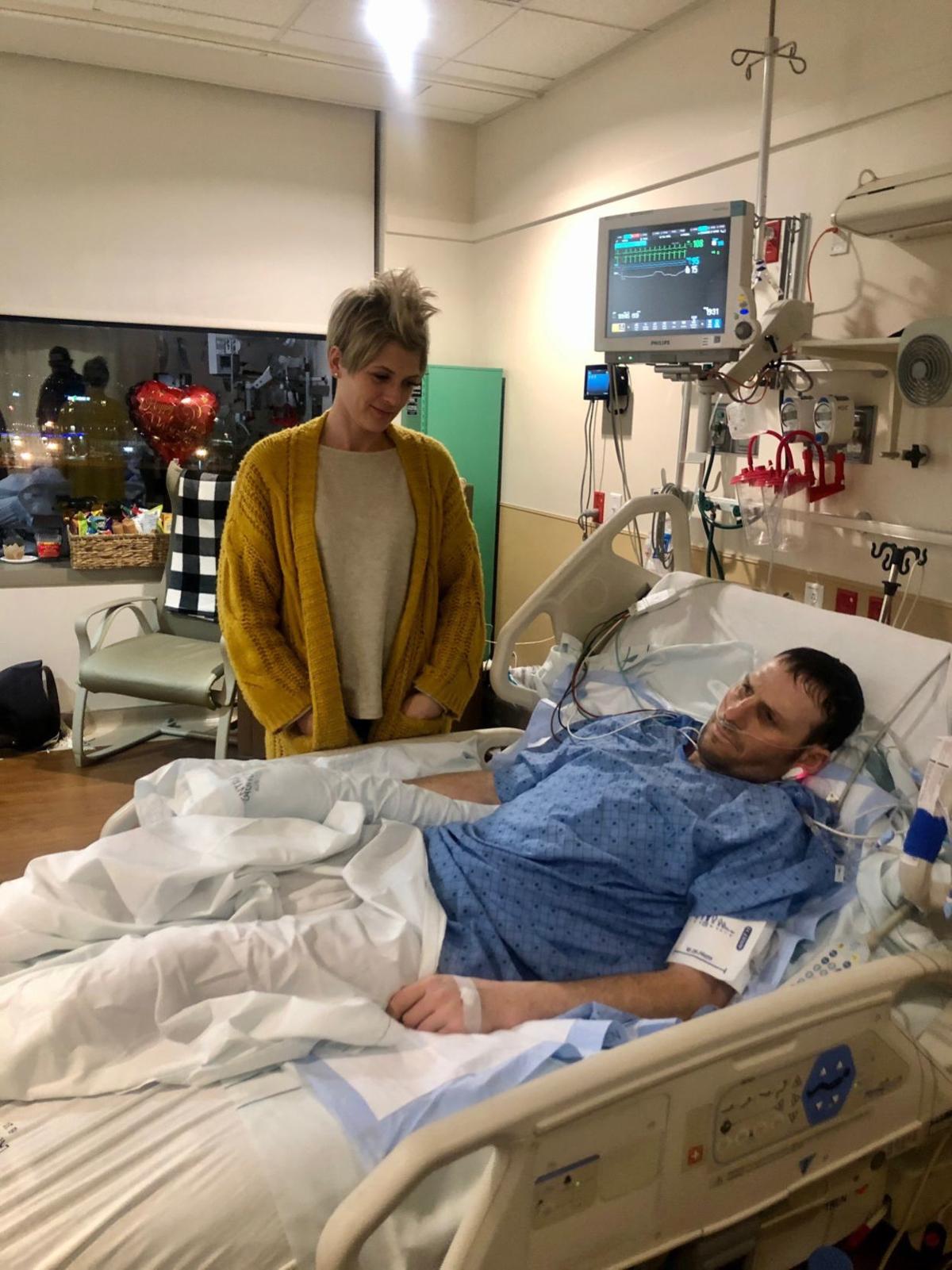 Cassidy Davis looks at her husband, Jessy, in his hospital bed at Intermountain Medical Center in Murray, Utah, on Feb. 15, 2020. 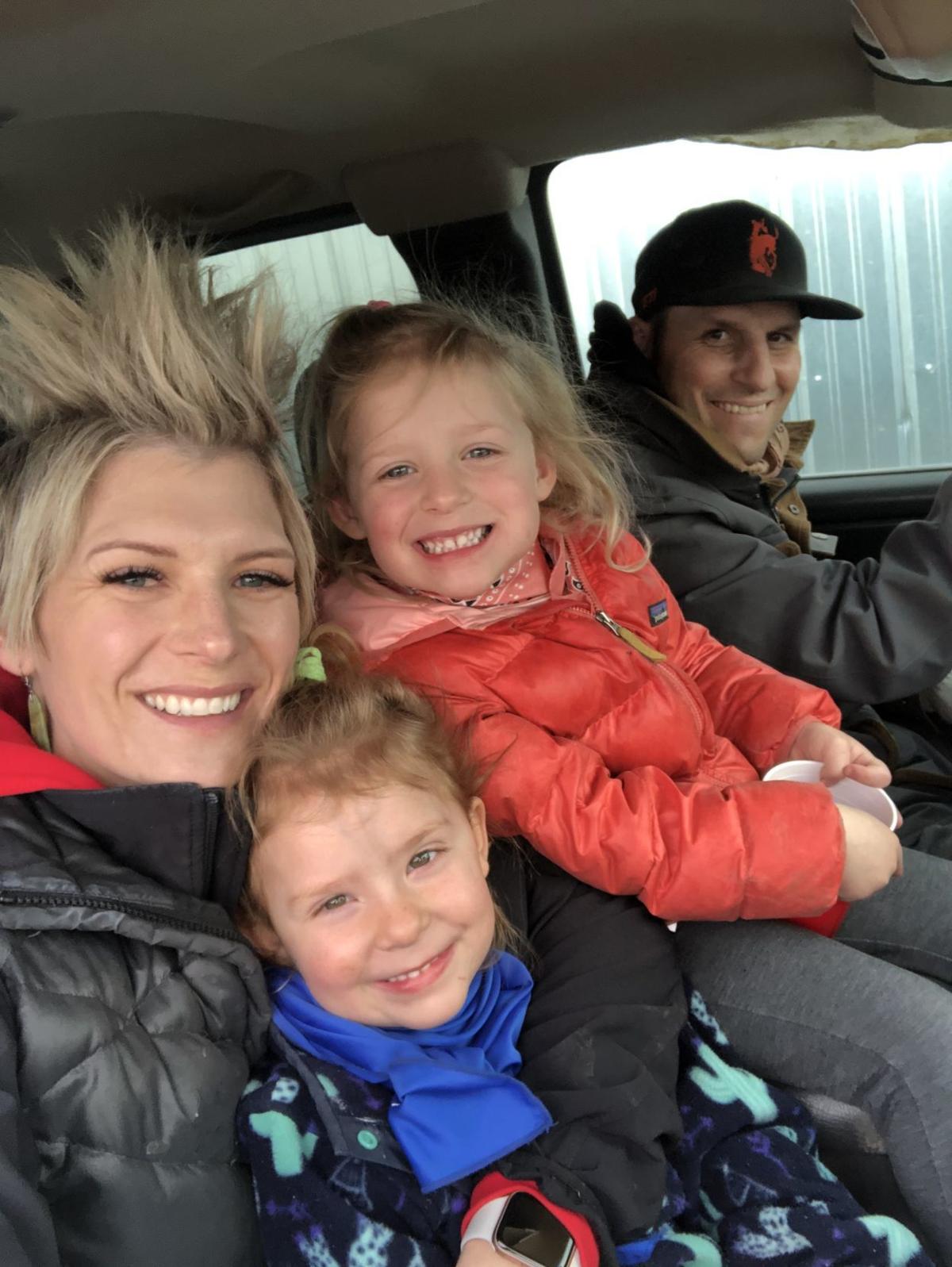 From left, Cassidy Davis, her daughters Cru and Quincee and her husband Jessy pose for a photo in their car in Power on Wednesday, March 25, 2020. 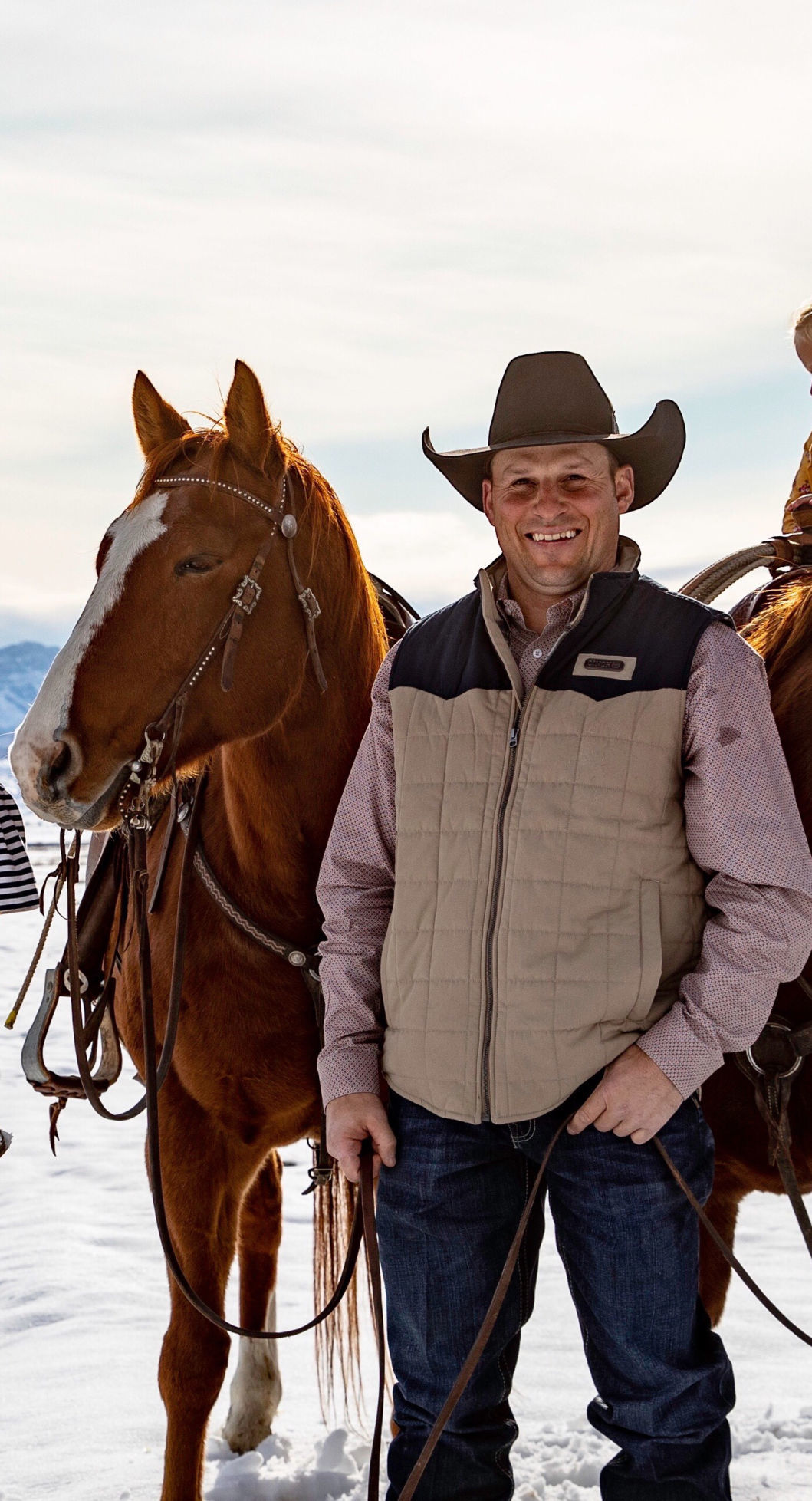 Jessy Davis with his horses at his ranch in Power in September 2019. 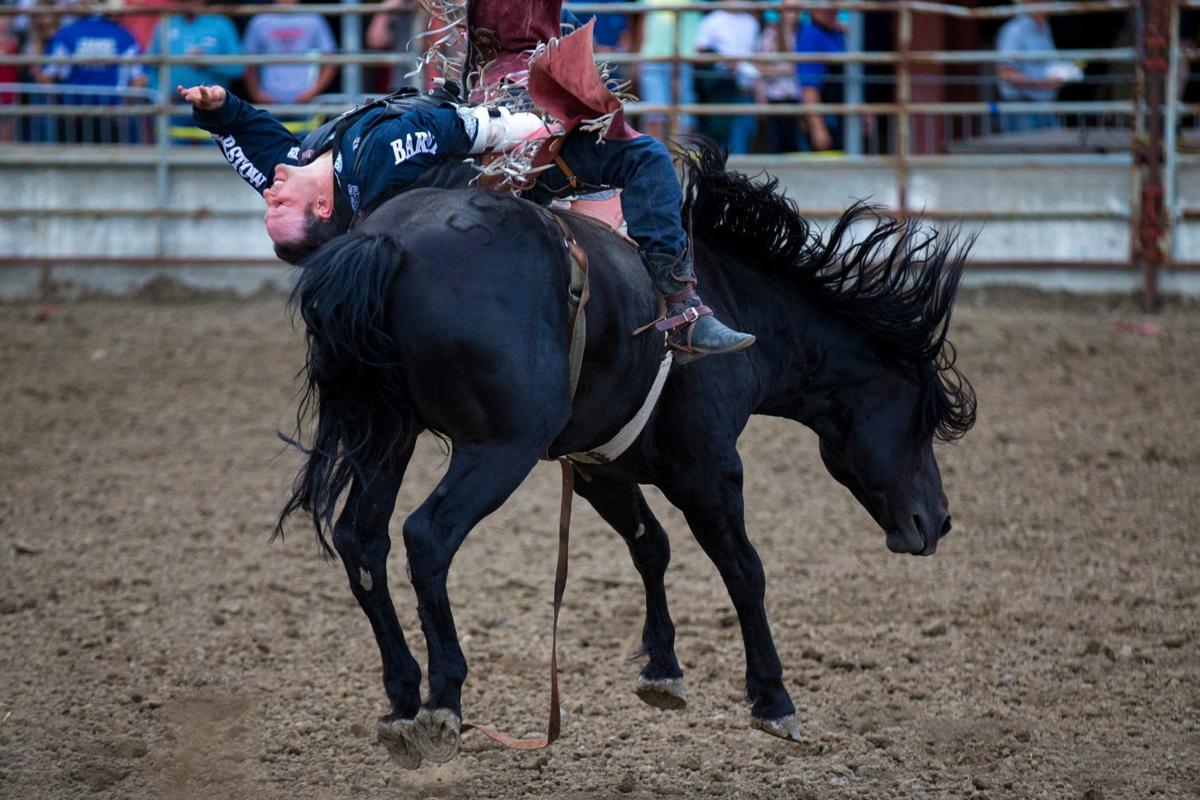 Jessy Davis poses for a photo at Intermountain Medical Center in Murray, Utah, after undergoing liver surgery in February.

Jessy Davis with his horses at his ranch in Power in September 2019.

BILLINGS — The sound reminded Cassidy Davis of a windstorm. Then the house began to shake, and she realized something more serious was happening.

“Jessy! Jessy!” Cassidy yelled to her sleeping husband. “Wake up!”

By the time Jessy Davis opened his eyes, his recliner had stopped jiggling. It happened so fast.

Cassidy couldn't believe it. First Jessy's injury. Then the coronavirus pandemic. Now an earthquake? It brought her to tears.

“I was like, ‘What is happening to us?’” Cassidy told 406mtsports.com earlier this week. “'The world really is gonna end, and we’re never gonna make it back home.’”

Cassidy and Jessy made it back to their ranch in Power last week. They can't think of a harder two-month period than the one they just endured, but they're also thankful. Thankful for the good fortune they received as the world wobbled around them.

“Just glad to be alive,” Jessy said this week.

Jessy had been considering retirement for months before he entered the World Champions Rodeo Alliance Days of ’47 Lewis Feild Bulls and Broncs event, which took place in Salt Lake City on Feb. 1. Seven seconds into one of his rides, Jessy fell off to the right and threw his horse off-balance, dragging them both to the ground.

Jessy has suffered all sorts of injuries and has undergone four shoulder surgeries during his 25-year rodeo career. Some horses had rolled over him, but none had fallen directly on top of him — until Feb. 1.

Cassidy was watching the ride with their twin daughters, Cru and Quincee, who turned 4 years old on Jan. 30. They were concerned but not panicked. The accident happened too fast for anyone, including Jessy, to fully process how bad it was.

Jessy walked off the dirt with help and was taken straight to an ambulance, which shuttled him to the nearby Intermountain Medical Center. The ambulance trip was the last thing he remembered for weeks.

Surgeons removed more than half of Jessy’s liver and needed 21 liters of blood to replace what he lost, Cassidy said. He was placed into a medically induced coma for five days.

Jessy underwent four surgeries after his liver procedure. The drugs made Jessy’s mind so hazy, he basically “had no idea what was going on” for three straight weeks, Cassidy said.

“It seemed like those three weeks went by pretty quick. It probably wasn’t very quick for Cassidy,” Jessy said. “She’d been there waiting for me and always checking on me and making sure I’m still breathing and everything.

“I owe her a lot for sticking by me and doing what she did. She’s a tough, brave woman.”

Jessy and Cassidy noticed some changes during their final days at Intermountain. Only two people at a time were allowed in Jessy's room. Once he no longer needed a ventilator, hospital workers quickly sanitized the machine and rolled it out of his room. The hospital cafeteria closed down and the parking lot grew emptier.

“It was kind of an eerie feeling because it was really, really quiet in the hospital compared to the last couple months that I had been living in there,” Jessy said. “They were getting ready to be overfull.”

Utah’s first confirmed case of COVID-19, the disease caused by the new coronavirus, was reported on March 7, about a week before Jessy was released from the hospital. As of Saturday afternoon, the state had 602 positive tests (Montana's total is 147).

Jessy’s surgeries have put him at “high risk” for serious damage or death from COVID-19, Cassidy said, so doctors kept him in the hospital for a little longer than usual. He spent 44 days at Intermountain.

Though he missed his daughters, who were taken back to Montana by Cassidy’s cousins in mid-February, Jessy was happy to spend a few days at his parents’ house. Then the earthquake hit, and he couldn’t pack his bags fast enough.

After struggling to decide when to retire from rodeo, “somebody else made that decision for him,” Cassidy said. When he recovers, Jessy will be busy with his family’s cattle and other ranch duties.

Jessy, who turned 39 on March 14, will need several checkups and another surgery within the next year, and he’s looking at two years before he returns to full strength. Jessy won't be violating Montana's stay-at-home order any time soon.

Dealing with COVID-19 would be difficult enough for the Davises without factoring in the vulnerable state of Jessy’s body. But Jessy and Cassidy feel fortunate. The injury could have happened when hospitals were overrun with COVID-19 patients. He could have contracted the disease. Intermountain’s doctors were “amazing,” Cassidy said. They saved his life.

As hard as these last two months have been, Jessy said his career ended “on a good note.”

Jessy Davis spent more than a month in a Utah hospital after being placed into a medically induced coma and undergoing surgery.