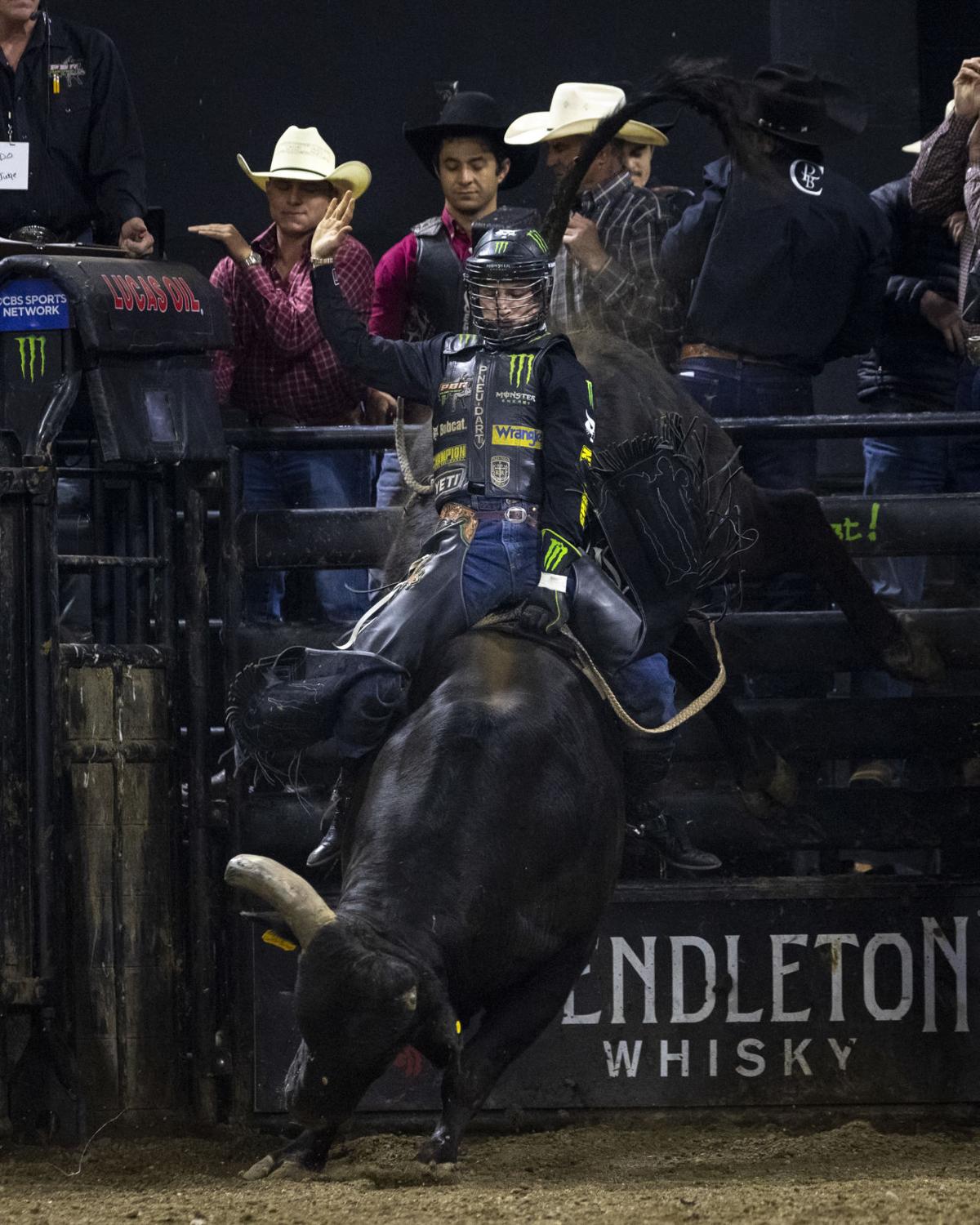 Volborg's Jess Lockwood competes during the PBR Wrangler Invitational at First Interstate Arena at MetraPark this past May. The circuit will return to Billings April 29 through May 1, 2022. 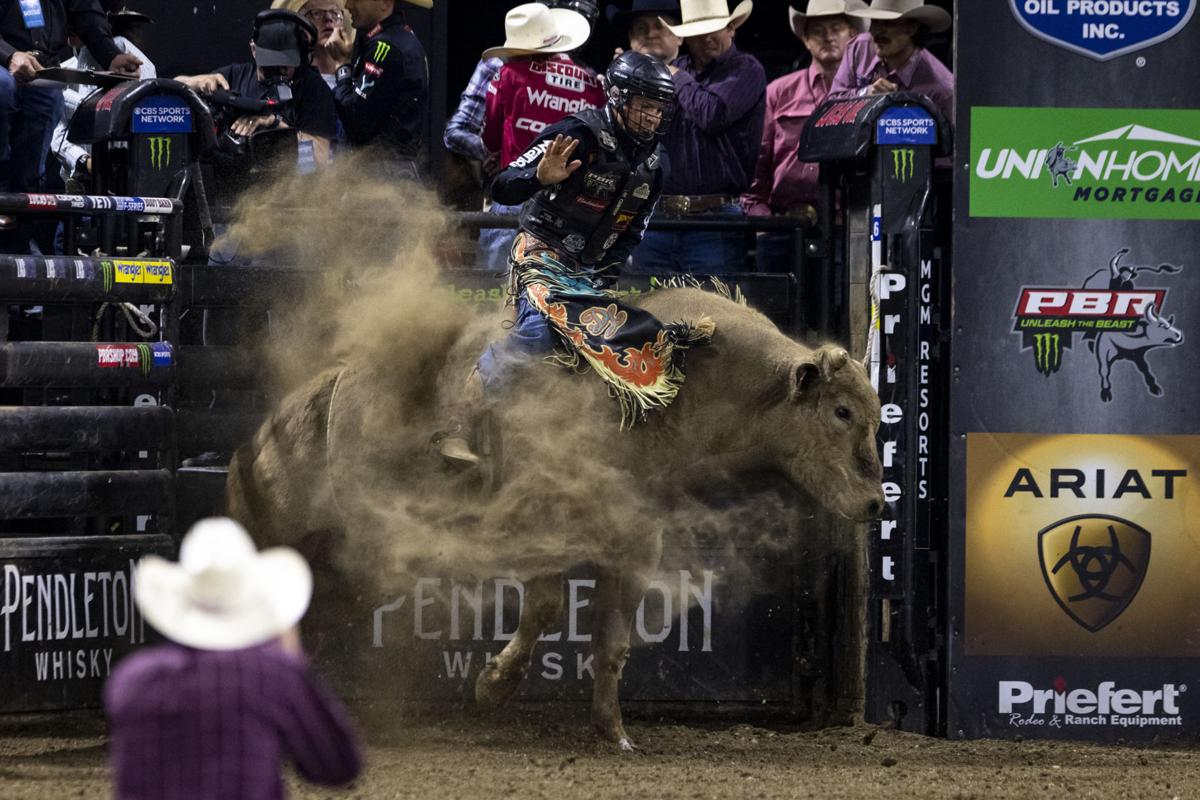 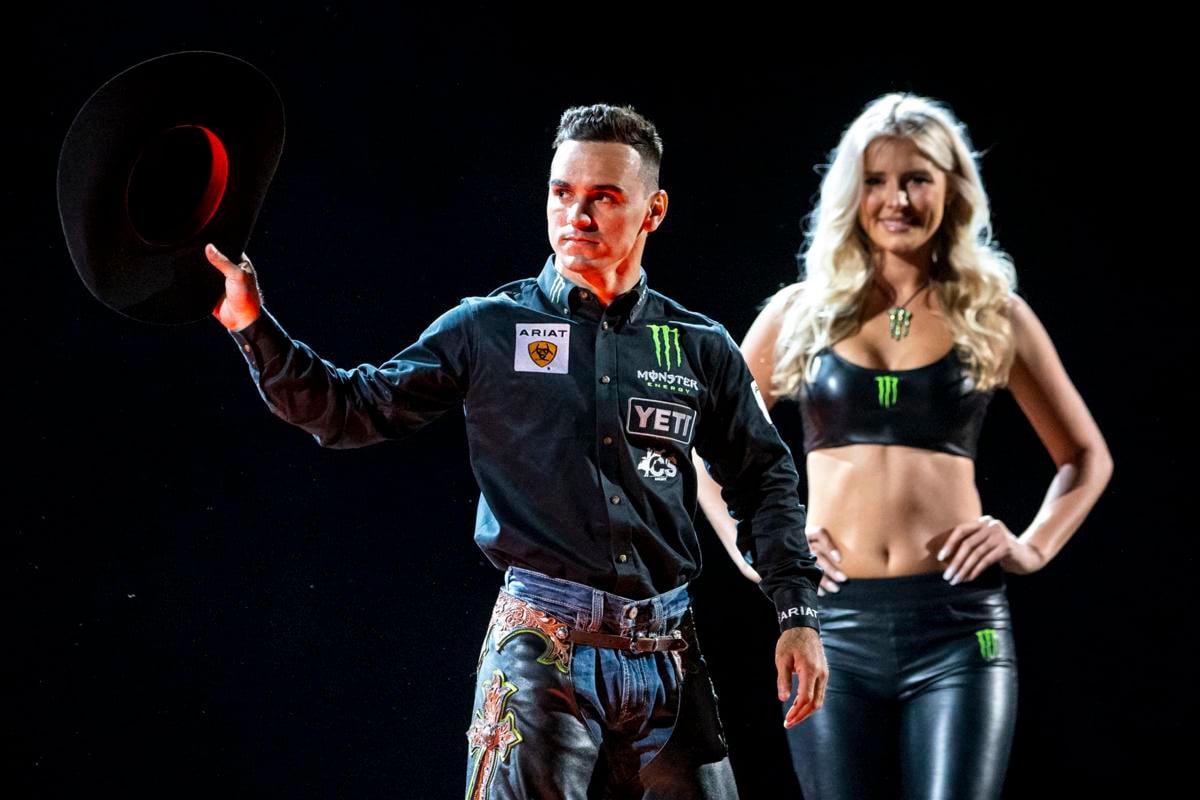 Jose Vitor Leme waves to the crowd as the riders are introduced during the PBR Wrangler Invitational at First Interstate Arena at MetraPark on May 15.

Volborg's Jess Lockwood competes during the PBR Wrangler Invitational at First Interstate Arena at MetraPark this past May. The circuit will return to Billings April 29 through May 1, 2022.

Jose Vitor Leme waves to the crowd as the riders are introduced during the PBR Wrangler Invitational at First Interstate Arena at MetraPark on May 15.

BILLINGS — The Professional Bull Riders announced Tuesday that the premier series Unleash The Beast tour will stop in Billings at First Interstate Arena next spring.

It will be the 27th straight year the PBR premier series has performed at the arena, the longest longest-running event for the circuit.

Already having announced a revamped schedule in 2022 that would include a Billings performance, the PBR announced its UTB and Pendleton Whisky Velocity Tour dates for next season in a press release Tuesday morning.

Reigning world champion Jose Vitor Leme will be hoping to make it three wins in a row in the Magic City at the Billings stop April 29 through May 1.

The Billings dates are the last to appear on the UTB regular season schedule before the 2022 PBR World Finals at Dickies Arena in Fort Worth, Texas, May 13-22.

The top 30 bull riders in the world compete on the UTB tour.

For ticket information for the 2022 season, visit PBR.com/Tickets.

The UTB season will start on New Year's Day in Indianapolis on Jan. 1 and will then travel to New York for a stop at Madison Square Garden Jan. 7-9. The press release noted it will mark a "milestone anniversary" at the historic arena as it will be the 15th time the PBR has visited.

In late summer, the PBR announced it was restructuring its schedule for the 2022 season and moving its World Finals to Dickies Arena. At that time it announced the World Finals would be held over two weekends in May and that the circuit would also return to Billings in 2022.

When the announcement of the restructured season and relocation of the World Finals from Las Vegas to Fort Worth was previously made, the league also stated in the release that it would "hold events in the months following the 2022 PBR World Finals in May until the next Unleash The Beast regular season begins" and those plans would be detailed at a later date. On Tuesday, the PBR reported in a news release that "a new slate of exciting events to be scheduled in the second half of the year will be announced" for 2022.

The press release on Tuesday also explained that previous year-long PBR tour schedules paused for a summer break, but holding both the UTB and Pendleton Whisky Velocity Tour events in a five-month span, will "provide more consistency to the PBR season without a momentum-sapping break as riders chase a world championship."

The PWVT 2022 season will begin in Reno, Nevada, Jan. 7-8 and conclude with its Tour Finals May 6-7 in Corpus Christi, Texas. The PWVT Finals will be the final PBR event of the season prior to the World Finals.

The PWVT is an expansion tour for the PBR and was started in 2014. The tour provides bull riders point opportunities throughout the year, and awards five cowboys berths to the PBR World Finals through their performances at the PWVTF.

In conjunction with PBR World Finals, the 2022 Women’s Rodeo World Championship will also be in Fort Worth. The first three rounds of competition for the WRWC will be held in the Cowtown Coliseum May 16-17 and the final two rounds will take place during the 2022 PBR World Finals at Dickies Arena.

“After we crown a 2021 world champion for the final time this November in Las Vegas, 2022, starting in Indianapolis on New Year’s Day, is going to be ground-breaking for PBR with many major changes in store that add even more excitement to our sport,” said Sean Gleason, commissioner and CEO of the PBR, in the Tuesday press release. “The 2022 season will be like no other in action and drama: in just 19 weeks, fans will have the chance to enjoy 50 events on our top two tours.”